The Massachusetts native and former Army paratrooper might be a new to Maine, but Todd Finn is no stranger to school districts that need, well, a little extra TLC. 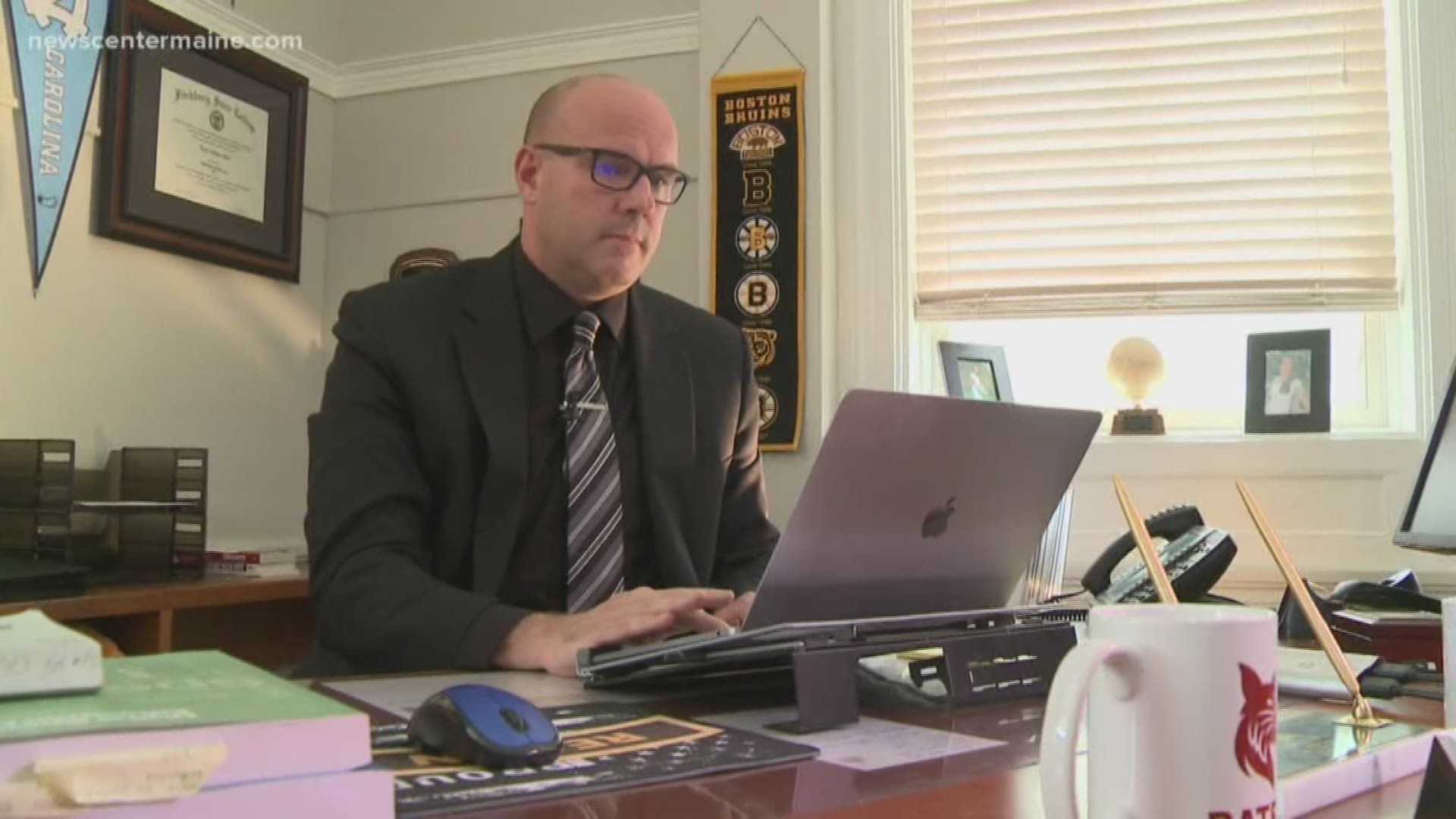 LEWISTON, Maine — Todd Finn has spent his entire public education career breathing new life into some of the worst school districts across the nation, and he says he's ready to do the same thing for the Lewiston public school system.

He's known as what some call a "turn-around" teacher — individuals who may only spend a short amount of time with a district, but make big changes in that span of time.

In his 20-plus years of experience, he's worn the title of coach, teacher, assistant principal and even principal. But this will be his first role as superintendent of schools.

"I'm excited, I've never been in a role like this before, but I'm confident we are going to accomplish great things." Finn said.

So why Lewiston? The Massachusetts native and retired Army paratrooper says the answer is simple. He was ready for the next challenge and he instantly saw the potential in Lewiston Public Schools. It's also closer to family, including his brother Ted Finn, who is the principal of Gray-New Gloucester High School.

"What I've learned is, you can be a change agent and you can make it happen over the course of a short period of time," Finn said. "But the great ones keep it that way."

Finn takes an innovative yet simple approach to leadership, to only do what only you can do. He says it's about finding and using your strength and pairing it with the strengths of others. Together, Finn says you create stronger teams, relationships and schools. However, before he and his team head to the drawing board, there's something he asks everyone: who are we and how did we get here?

"Who are our teachers? Who are our parents? Who are our learners? And where do they go at night when they leave school?" Finn said. "Do we really know who we are? Because unless you know who you are how are you to know what you ever could be?"

Finn says sometimes it's hard for communities to face their realities in the mirror, but once they do, he says there's only one way to go — up.

"I go in with the approach that only we can fix us, only we can own who we are... this is our truth, this is how we got here," Finn said. "So, let's get our head around that and let's start shooting for where we want to be and how can we get there?"

The first time superintendent plans to use those same strategies and skills in Lewiston, a district known for its low-test scores, poverty and racial division. Despite its flaws, Finn is confident the district can be transformed but he says he needs everyone in his community standing behind him.

"Looking at the self-esteem of our city, folks will just outwardly say 'welcome to the Dirty Lew' and I think about that and say, 'wow, so we call ourselves that?'" Finn. "Or we've lowered our expectations to the point where that's as good as we can do... and so rather than raise our expectations we lower them to try to at least come close to what the performance is."

For Finn, failure is not an option. If everything goes according to plan, Finn expects the district to have a 90% graduation rate by 2022. He says it won't be easy, it won't happen overnight, but change will come.

If a student or teacher needs extra help along the way, Finn says he's ready to be there. Saying it wasn't for his high school teacher, Mrs. Star, he might not be where he is today. 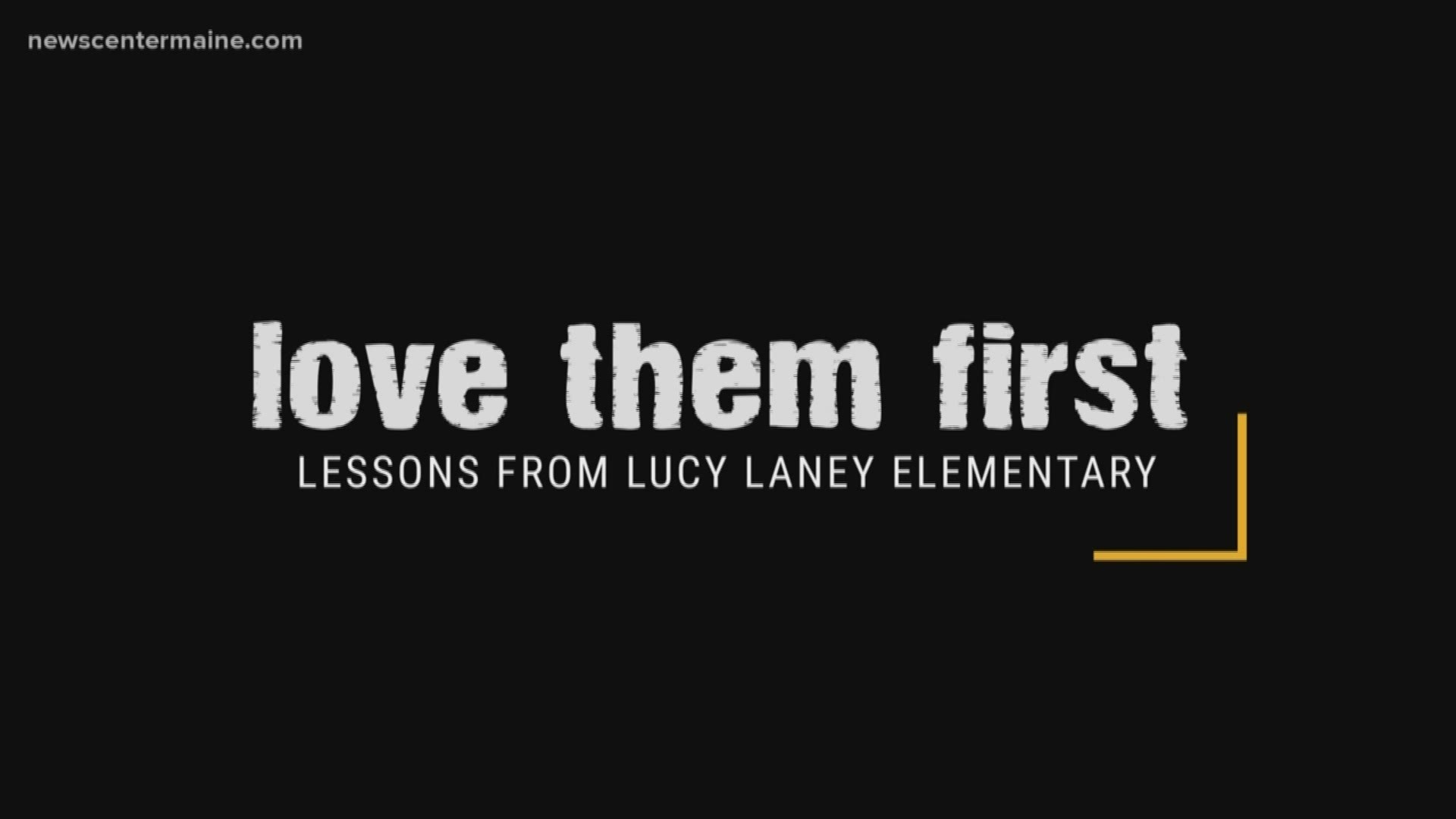 Finn says too many students face the same struggles he did his senior year only on a daily basis, which means his team needs to work even harder to make sure they are getting everything they need at school.

"I almost didn't graduate because I was hungry, because I didn't have a place to live and I didn't know where I was going to go or what I was going to do," Finn said. "But my teachers believed in me and one in particular believed in me... she was the only one who asked what was going on... and because she asked those questions I could tell her what was happening and she saw me right through graduation."

He's confident the team standing around him will draft a plan that works best for each individual school, giving the power back to the people instead of listing orders from afar. Last month the district held a back to school rally for teachers and faculty, Finn says he knew in that moment his team was ready for all the positive changes to come.

"They turned this thing into a full blown high school pep rally -- there were even beach balls, who brings beach balls to a faculty meeting," Finn joked. "What I saw there was we've got a gym full of hope right here, they think they can do this."

He's got a long road ahead of him, but Finn is ready for the 2019-2020 school year and implementing the three year plan he and the rest of his district figure out together. On top of that, he's already promised to see it through.

"That's where we are right now, I think we've come to our reality," Finn said. "We can't continue with the current status quo that's in place, we've got to shock it and then do something about it."