The proceeds from the auction will be used to help send the Hampden Academy Jazz and Show Choir students to Universal Studios to perform in April of next year. 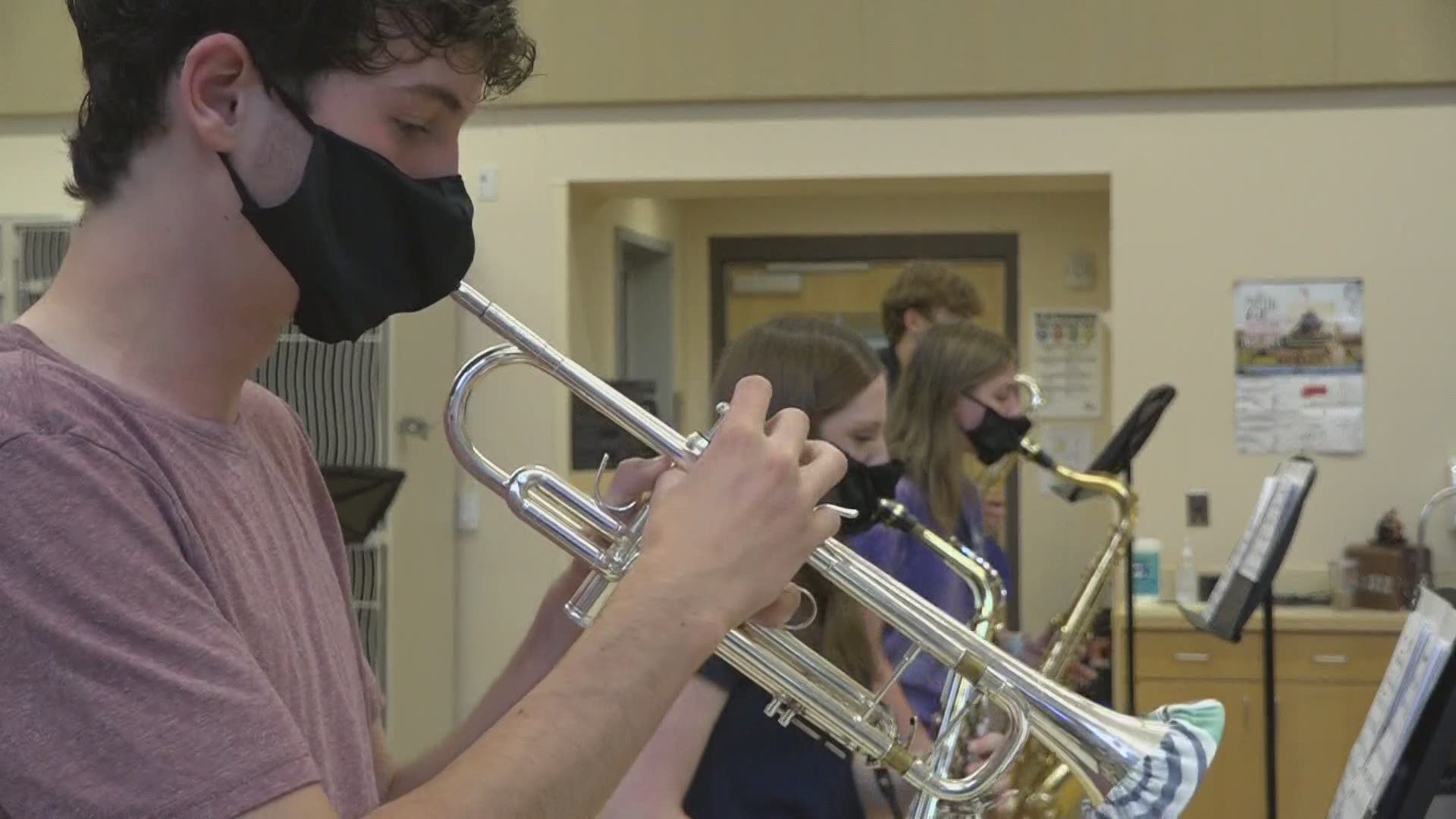 HAMPDEN, Maine — After a year of so many cancellations, the Hampden Academy band is playing on Wednesday, right outside the school doors, and hopes to perform early next year to audiences down south.

Student members and the Hampden Academy Music Association are fundraising for students to perform and be part of a music clinic at Universal Studios in Orlando, Florida, next spring for its STARS Performance Program.

"It's like a group competition and they do clinics and stuff. It costs a lot of money to get down there," student Hannah Bowie said.

About 80 students are part of the music programs and they need a total of about $120,000 dollars for the trip. According to band director Pat Michaud, it's about $1,500 per student.

"You learn a lot at these clinics, and you get to see other music groups from around the country, which up in Maine we don't see a lot of like bands from Texas or Florida. We don't see those, so going down there is a whole new experience, and we get to meet so many new people and it's just a lot of fun," student Mallory Parks said.

Hampden Academy's R&B Project music group will compete against other jazz bands and choir teams from schools throughout the United States. Students will be judged and will also have the opportunity to learn from other music professors and band directors.

"We all go and we perform and we walk around and we stay in a hotel," said Parks.

To raise money for the one-of-a-kind trip, they're holding an online auction.

Students part of the band and choir music programs at Hampden Academy are looking forward to building memories and learning more skills at a music clinic @UniversalStubio early next year. Find out what they are doing to help offset the trip costs at 5 p.m. @newscentermaine. pic.twitter.com/BCDssD7iSJ

The auction has a variety of items ranging from gift cards to local businesses, handmade items, gift baskets, a drivers education class through Northeast Driving School, recording studio time through NESCom, theatre tickets, a flyover of Hampden/Winterport, up to $6,500 worth of orthodontic care through Smile Docs in Brewer, UMaine football season tickets, and more.

The money they are trying to fundraise will cover airplane tickets, transportation, hotel, meals, and other expenses.

Students from the R&B Project have 10 months to raise the money, they hope the auction will help fund a good portion of the trip expenses.

"Just so many wonderful things that people can bid on!" said Pat Michaud, band director at Hampden Academy.

The auction has more than 50 items available, at a variety of price points.

Every four years students who are part of the school's music programs get their opportunity to go.

"It's just a wonderful opportunity for them to travel, and to go to a place where they can be recognized for their excellence, every time we've gone we've been representing the school and the state in a really outstanding way," said Michaud. "They'll have fond memories of this for years to come."