Opening arguments in the case between Aela Mansmann and Cape Elizabeth Schools got underway in a federal appeals court Thursday. 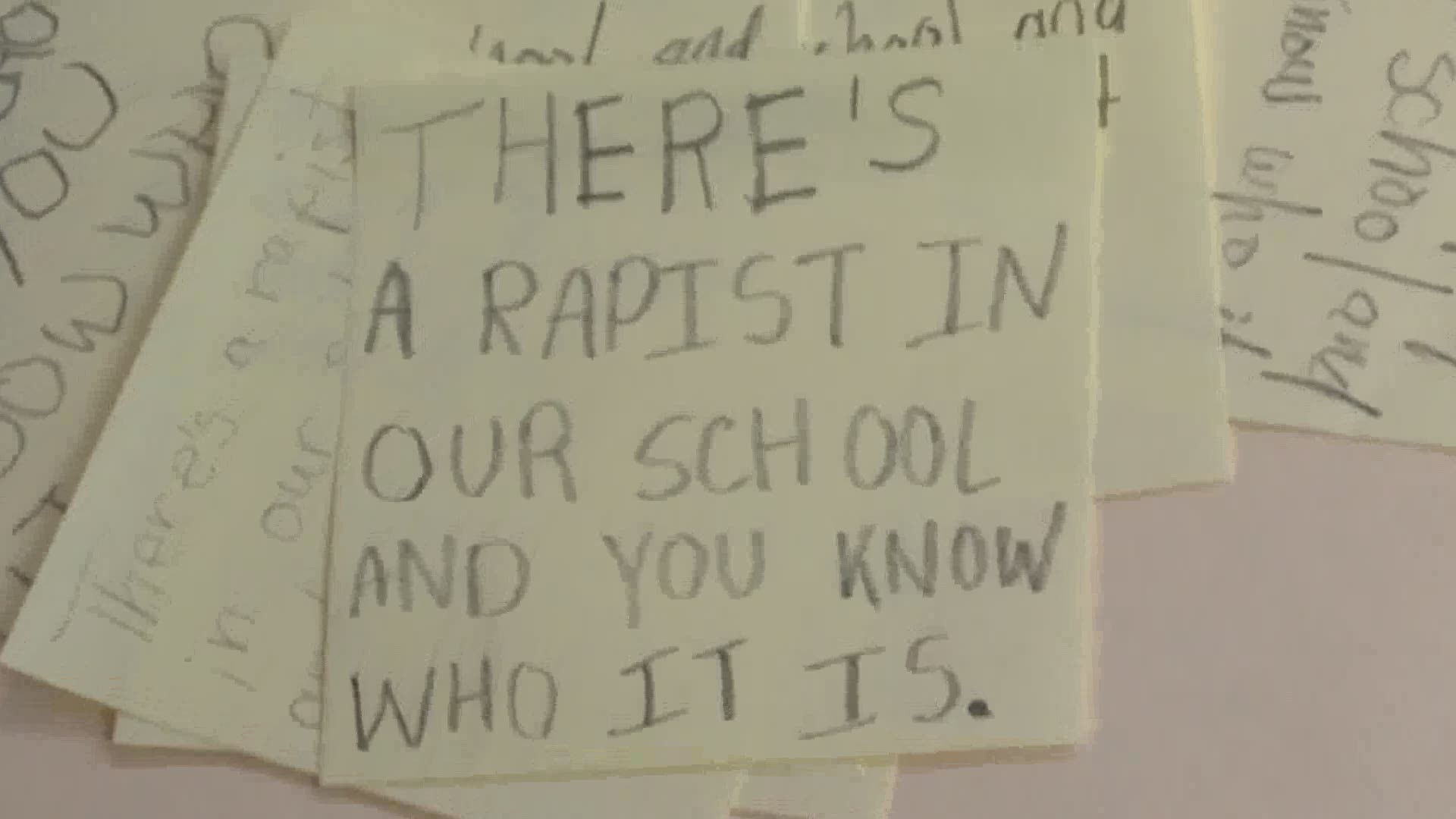 Mansmann, 16, was suspended for posting a sticky note that read: There's a rapist in our school" in the girls' bathroom last fall. The story gained national attention.

School officials are now appealing the decision of a federal judge who initially sided with Mansmann and blocked the suspension in October on the grounds of free speech.

"The statement there's a rapist in our school and you know who it is on a sticky note posted in the girl's bathroom does not promote a political objective or galvanize fruitful debate. It is an unfounded alarmist suggestion of danger and culpability," Melissa Hewey, an attorney representing Cape Elizabeth Schools, said in opening arguments.

The hearing before the First District Court of Appeal in Boston happened via phone conference.

Hewey argued that school administrators had the right to block Mansmann's speech because her actions targeted at a single student was classified as bullying under Maine law and caused significant disruption to the school climate.

"We classify the speech as bullying and speech that collides with another student," Hewey told NEWS CENTER Maine.

Mansmann and her attorney told NEWS CENTER Maine that was not the intent.

"I would not agree with that," Mannsman said. "The sticky note is a place holder for conversation and ultimately, whether I like the direction that the conversation has gone or not, it started a conversation."

Mansmann said her goal from the start was to get the attention of school officials and the public about ongoing concerns surrounding sexual assault.

ACLU attorney Emma Bond argued the note did not name a student and should be protected as free speech. She said while they are depending on precedent set by other education cases, the case has been particularly challenging because it is unlike any other heard in this part of the country.

"This is the first time that an issue like this has appeared before the first circuit but for more than half a century the Supreme Court has been clear that students don't leave their constitutional and first amendment rights at the schoolhouse door," Bond told NEWS CENTER Maine.

Bond said the school was legally obligated to hear and address Mansmann's concerns regardless of the results of an investigation without repercussions.

School officials released a letter in October after investigating the allegations of rape in which they questioned at least 47 students.

Hewey said that investigation found the rumors to be completely false.

"I still know who I'm helping and what my work is doing long term," Mansmann said. "I'm hopeful that in the future, survivors, advocates and myself will reflect and say, 'That was a day that survivors' rights were defended'."

A ruling is not expected for several months.