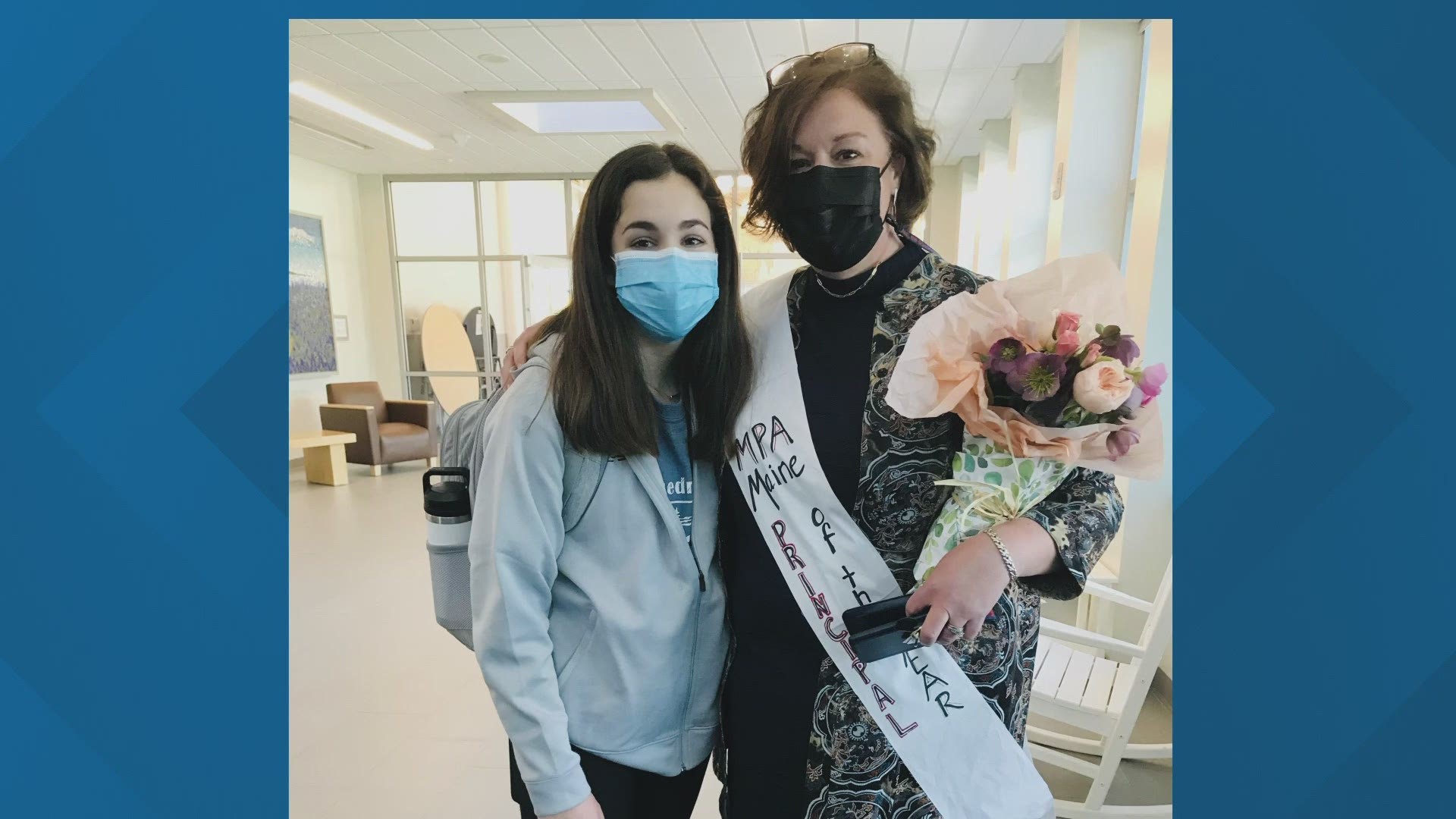 CAMDEN, Maine — A Principal at the Camden-Rockport Middle School has been named the Maine Principals’ Association’s Principal of the Year.

Jamie Stone has been a principal for 12 years—seven of those years have been at the middle school in Camden.

Stone said the award is an honor, but even more so because of the difficult year that it has been for education with remote teaching and all of the safety protocols in place.

The MPA said in a release that Stone won the award because of "her extensive network of innovative community partnerships and her project-based learning vision."

"She has an unfailing commitment to high expectations for her students while being fully committed to supporting and collaborating with her staff and community," the MPA said.

“Principal Stone has a comprehensive and systematic communication style that includes all stakeholders,” Dr. Holly Couturier of the MPA said. “She is a progressive and caring leader committed to creating a successful environment where teachers, leaders, and students can thrive academically and emotionally.”

Stone said she shares the award with the staff, students, and the community and recognizes the hard work that everyone has done.

“I felt very affirmed yesterday that our community really understands the value of our school in this town, the value of our staff, and the hard work that they do,” Stone said. “It really takes all those stakeholders to make a great school, and that was just an affirming moment yesterday when that announcement came and cars are out front picking up students and honking their horns and kids are cheering because it was a win for everyone. So it was just a beautiful, beautiful moment.”

Stone began her educational career as an 8th-grade teacher, as well as being the athletic director and basketball coach at Sedgwick Elementary School in 1998, according to the release, and taught middle school math and science. She then worked as a career counselor, educational consultant, and middle and elementary school principal, moving to her current position in 2014.

Stone will be honored by the Maine Principal’s Association’s virtual awards evening on April 29.

More of Jamie Stone's interview can be viewed here: 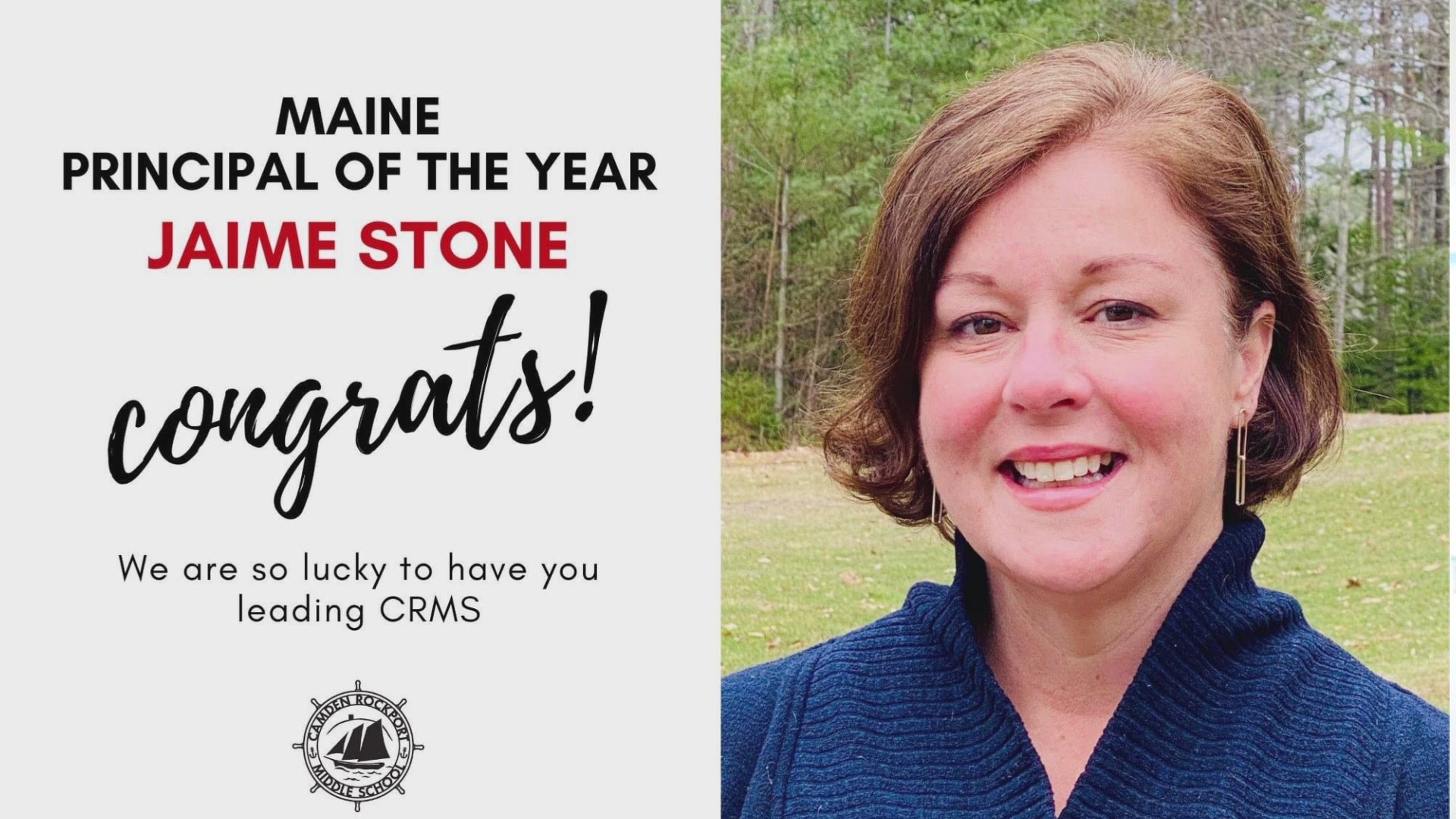