Captain Albert Stevens Elementary School moved some of its students to the United Farmers Market of Maine building while water damage at the school is repaired. 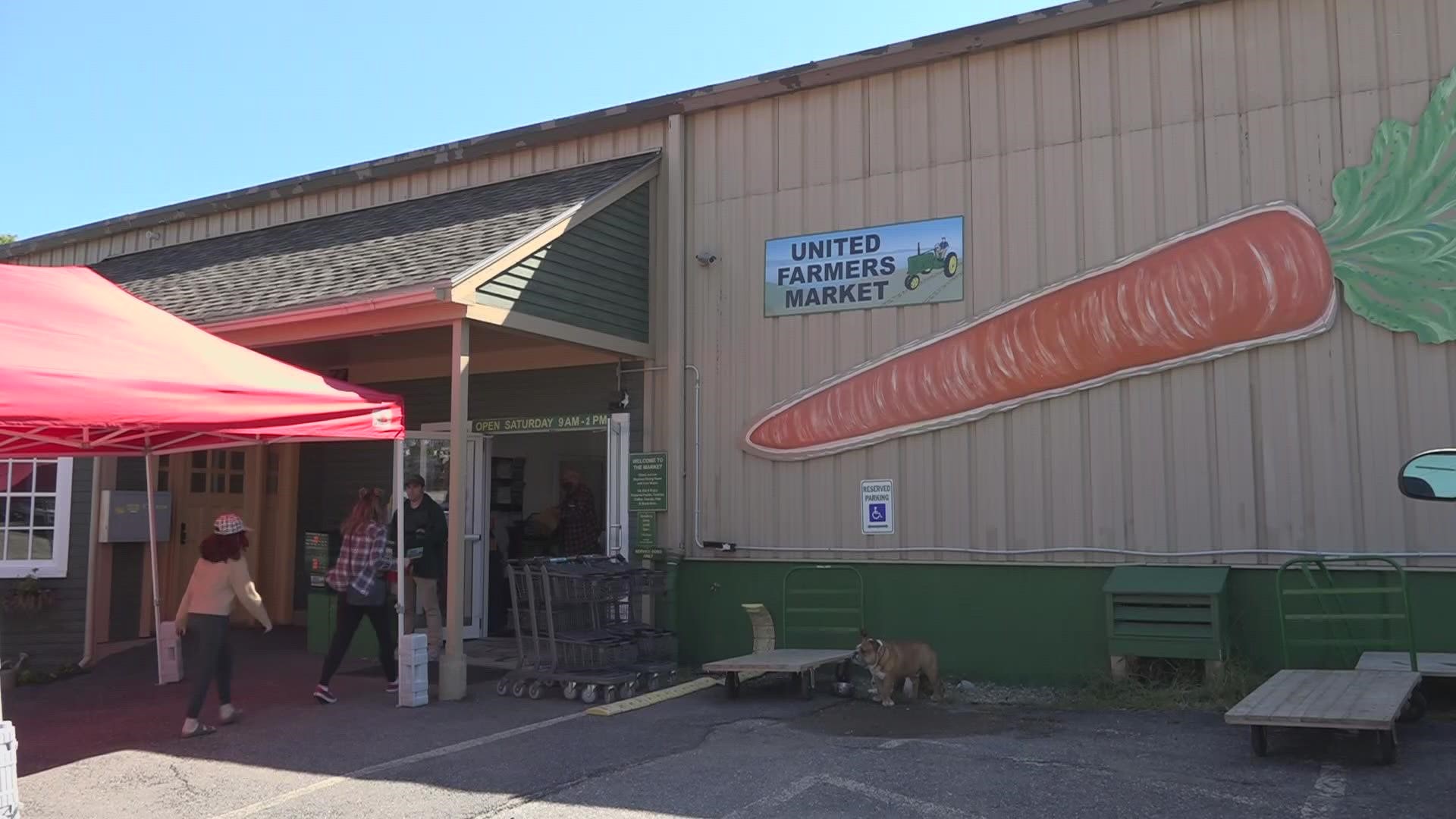 BELFAST, Maine — Teachers, students, and staff at Captain Albert Stevens Elementary School are getting used to yet another new normal this school year.

Glen Widmer, principal of the school, said a heavy rainstorm on August 14 caused major damage to the second floor of the school building. He said the roof was under construction at the time, only protected by tarps as the storm came in. Widmer said there is a three-step plan in place to complete the repairs.

The damage left administrators rushing to find a new place to hold classes with two weeks until the first day of school. After looking into a number of facilities throughout the city, they chose the United Farmers Market of Maine building less than a mile down the road from the school.

Administrators decided to push the first day back a week later than scheduled to Tuesday, September 7, so that they would have time to prepare the building and teachers could modify lesson plans.

Sara Pendleton is a 3rd-grade teacher who has worked at CASS for eight years. She said the teachers are calling this new experience "Adventure School." Many of them getting creative, using the waterfront view as an opportunity to teach students about the ocean. One of the major benefits of the building is that it's located next to grassy areas and near the waterfront, allowing teachers to take advantage of bringing classes outside.

School teachers and staff sectioned off some areas of the building as a way to divide up the "classrooms." But, Principal Widmer said they are trying to keep students outside as much as possible.

Kindergarten, first grade, and one-second grade classes still remain on the first floor of the school building. Principal Widmer said he is hopeful the water damage repairs on the school are completed by October 1.