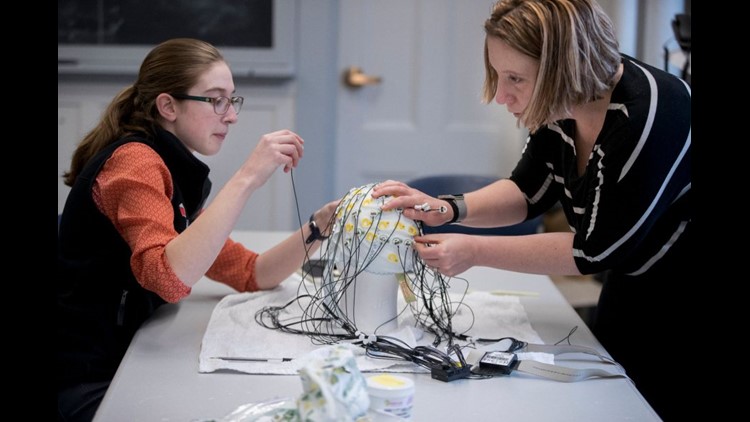 LEWISTON, Maine — Bates College has been awarded a $3.97 million grant from the National Science Foundation to create a database of videos that depict what and how people see everyday.

The largest grant ever received by the college will support research in fields including neuroscience, cognitive science and artificial intelligence, according to the college.

The Visual Experience Database will include more than 240 hours of video created specifically for the project that can be found through a publicly accessible database.

Wearing cameras that simulate human vision and devices that track head and eye movement, observers will undertake routine activities like walking or shopping.

The grant proposal was developed with researchers at North Dakota State University and the University of Nevada, Reno.

"I'm delighted and overwhelmed and intensely excited," Michelle R. Greene, an assistant professor of neuroscience and principal investigator for the VED, said in a release. "I have a terrific team of co-principal investigators, so fostering and furthering those connections will make these next four years really fun.”

“It’s meaningful that the National Science Foundation has chosen a national liberal arts college like Bates to take the lead on this project,” Malcolm Hill, vice president for academic affairs and dean of the faculty, said in the release. “Indeed, Bates is well-positioned to collaborate on the work to create a Visual Experience Database to support researchers around the world as they grapple with, and bring greater understanding to, the social and ethical consequences of computer vision and artificial intelligence.”