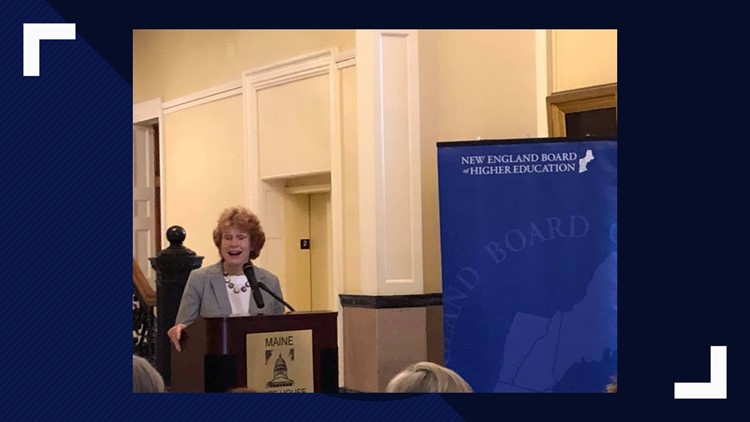 AUGUSTA, Maine — The 17th annual Maine Higher Education Excellence Award was received by Wendy Ault earlier today and according to her peers, it was well deserved.

Ault grew up in Bethel, Maine and attended Gould Academy before graduating from Bates College with a degree in psychology.

She worked as a reproductive health teacher and Associate Director of Admissions at Westbrook College (now the University of New England) and the University of Maine at Farmington where she stayed for 17 years.

From 1988 to 1996, Ault also served in the Maine House of Representatives.

Following her educational and political careers, Ault catered her skills to supporting students, helping them reach higher education goals at the Maine Educational Loan Marketing Corporation (MELMAC). The nonprofit corporation was sold in 2001, however the profits were used to create the MELMAC Education Foundation which Ault is the current Executive Director of.

Ault accepted the award at the Maine State House on June 20. The New England Board of Higher Education (NEBHE) presents this award to individuals who display outstanding leadership and devotion to academic excellence.

Currently, Ault lives in Wayne, Maine with her husband and has two children.

RELATED: 117 years of teaching retires with these 3 Maine sisters