James Tager sat down with NEWS CENTER Maine to discuss his top priorities once he takes office as the superintendent of schools in Bangor on July 1. 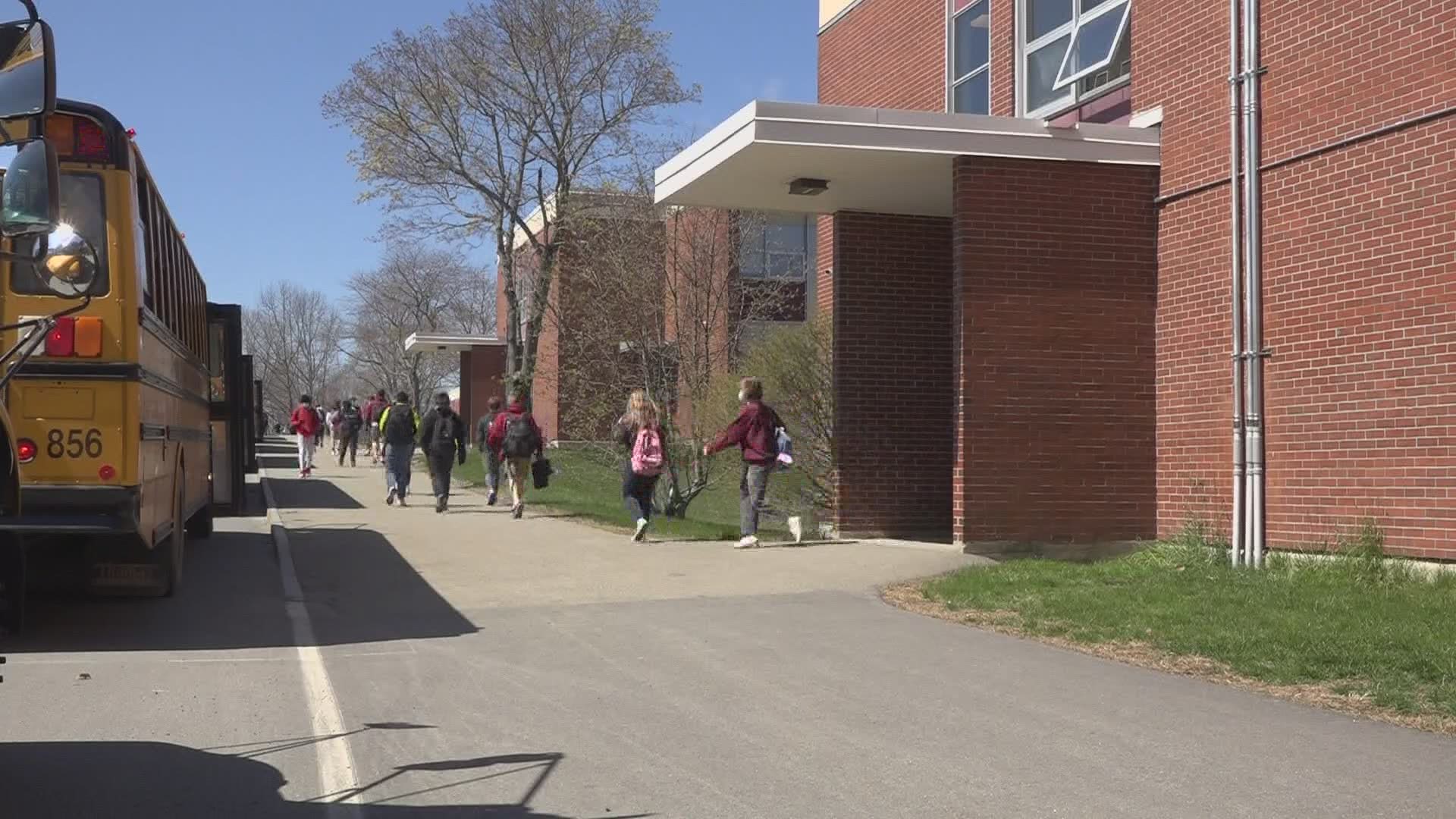 BANGOR, Maine — The Bangor School Committee announced Wednesday night as part of its school committee meeting that Mr. James R. Tager will be the next superintendent of schools.

Tager will start working on July 1 after its previous superintendent, Dr. Betsy Webb retired in October of 2020.

Tager was just recently the Superintendent of Schools for Franklin West Supervisory Union in Vermont.

Tager tells NEWS CENTER Maine he is excited to be now work in Maine. "I guess it's sort of sentimental, we were married in Deer Isle, my wife and I, and so we've always kind of had a heart for this part of the country and we saw the opportunity and as I looked into it and started to meet people here, it became more and more of a passion that I wanted to pursue."

The @BangorSchoolDpt just announced the hiring of Mr. James Tager as its new superintendent.#NEWSCENTERmaine

Tager was one of the finalists of a long national search done by the Bangor School Department and the Maine School Management Association.

"We thought it was incredibly important to create as inclusive a process as possible, and bring the right people to the table because this is the hiring of a CEO of a large corporation, there are 3,700 students and almost 700 teachers, and administrators and staff, so it's important that if we were going to do this process, we were going to do it right," said Carin Sychterz, the chair of the Bangor school committee.

Sychterz adds the committee held some community forums with parents, school teachers, and students to ask them what they are looking for in the new superintendent.

"From there, we went again into the community and we brought together 27 community members, parents, students, administrators, onto a committee that became part of a larger interview committee," Sychterz said.

Tonight at 6 on @newscentermaine: I sit down with James Tager, the newly hired @BangorSchoolDpt superintendent to talk about his top priorities within the 11 public schools in Bangor. pic.twitter.com/LPt54fe1Tz

15 finalists were elected and after a few rounds of interviews, the final two came to Bangor for an in-person interview, and it came down to Tager.

Tager said things that really interest him are mentors for students, equity for all, embracing diversity, among other things.

"In our country, there are some serious divisions and I look at the racial issue and diversity in general, treating everybody with dignity and respect," Tager said. "My goal is to bring in mentoring, and bring in some people that maybe don't understand the power of our schools and how excellent the schools are to work with the students one-on-one."

Tager tells NEWS CENTER Maine he has been a life-long educator and has worked at urban settings with 13,000 students and will bring to the table some of the things he has experienced in other states.

"One of the things that I'm really looking at is the graduation rate here, although Bangor schools surpass the state in all of the measures as far as academic accountability, they are a little bit below in graduation rate," Tager said. "I want to see more students have that next step to have a future story."

According to a post on Facebook by the Bangor School Department, Tager worked for 35 years as a teacher, Director of K-12 Curriculum, Principal, and Deputy Superintendent at the Volusia County School District of Florida.

"Tager has a Master of Arts in Administration and Supervision from Nova Southeastern University and a Bachelor of Arts in Elementary Education and Special Education from Flagler College," read the Facebook post.

"People wanted to make sure we maintained our academic excellence, they wanted to make sure that we really focused on social and emotional learning, on diversity, equity, and inclusion training and they really wanted to have their voices heard, and Mr. Tager is exactly that person!" said Sychterz.

Tager is an out-of-stater and Sychterz said he was the best applicant to fulfill the requirements of the position.

"We are ready for him to hit the ground running and take us to that next level," added Sychterz.

"I have one word that I live by each year and my word is gratitude, and I'm going to find something positive each and every day," Tager said.