Third and fourth graders at All Saints Catholic School in Bangor wrote to residents at Solstice Senior Living all year and met them for the first time Tuesday. 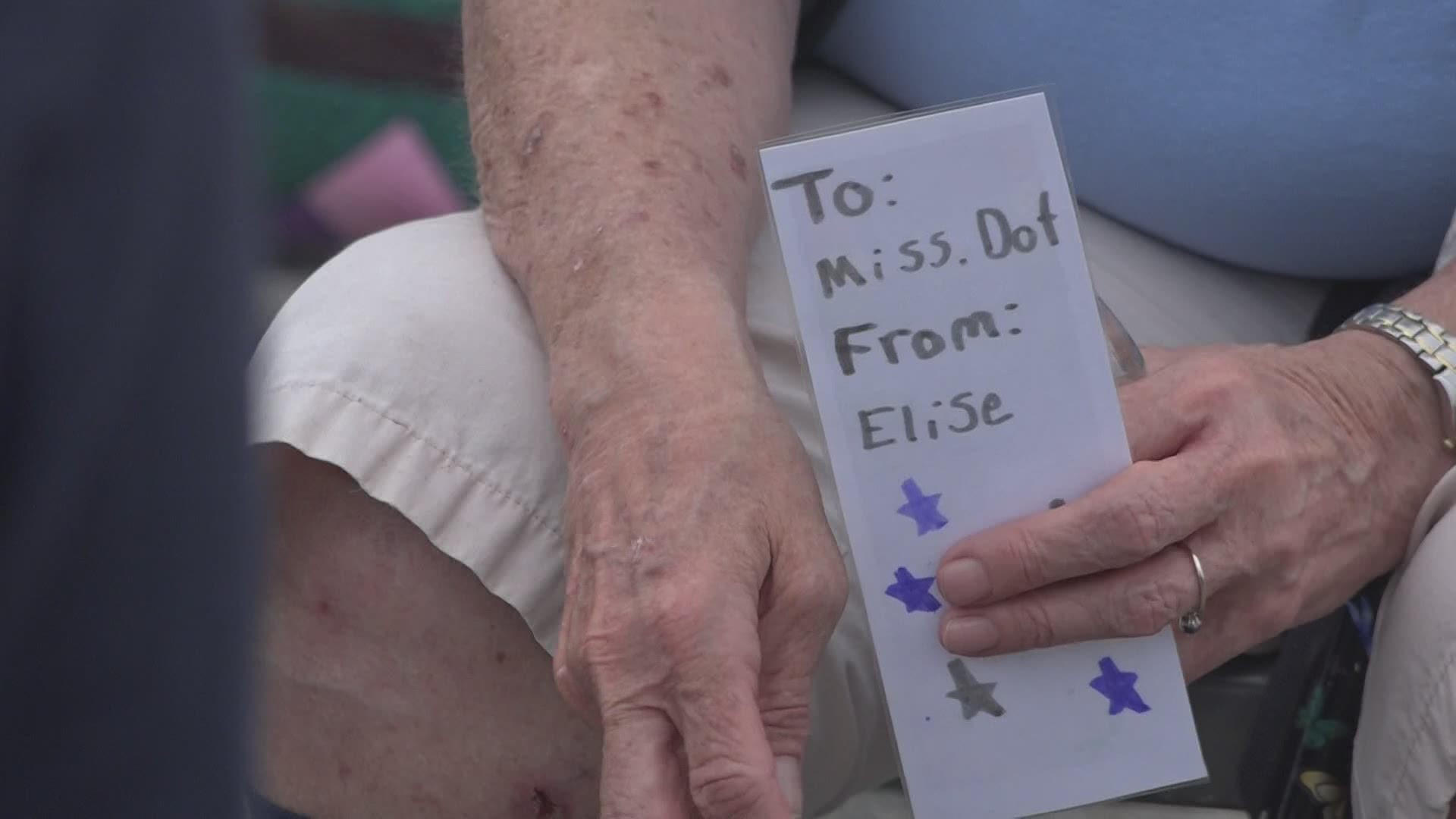 The last 26 days of the school year have an associated letter starting with "A" and the last day of school is "day-Z."

“So it’s P for Pen Pal,' third-grade teacher Stephanie Duron said. “We thought 'oh this is a perfect time for us to practice letter writing.'”

Since September, the third and fourth graders have written letters to residents at Solstice Senior Living in Bangor, which is less than a mile away.

“Every Thursday we would meet in the activities room and we’d read the letters out loud and they’re dear, the students are adorable," Director of Sales and Marketing at Solstice Beverly Austin said.

Catherine Wallace is a resident at Solstice and said these days she has a lot more time to join an activity like writing a pen pal.

Austin was the one who approached Duron with this pen pal idea. She said she did a similar writing project when she was in elementary school in Lincoln. Her class wrote letters to nursing home residents in town.

She added this pen pal project gave her residents an extra activity to look forward to during this year of isolation. They were even more excited for Tuesday's meet and greet.

Before the end of the school day and outside by the swings, the seniors from Solstice met their new friends and exchanged gifts, stories, and of course, shared juice boxes and cookies.

Duron said some of the seniors found out their own grandchildren knew their elementary school-aged pen pal and they were able to form connections outside of the class project.

“But more than anything it gives them a chance to connect with a different generation," she added.

The success of this program was so great, Durona added, that they are planning on starting the next round of pen pal writing in the fall.