All aboard! With help, Maine Maritime Academy students are able to complete training evaluations 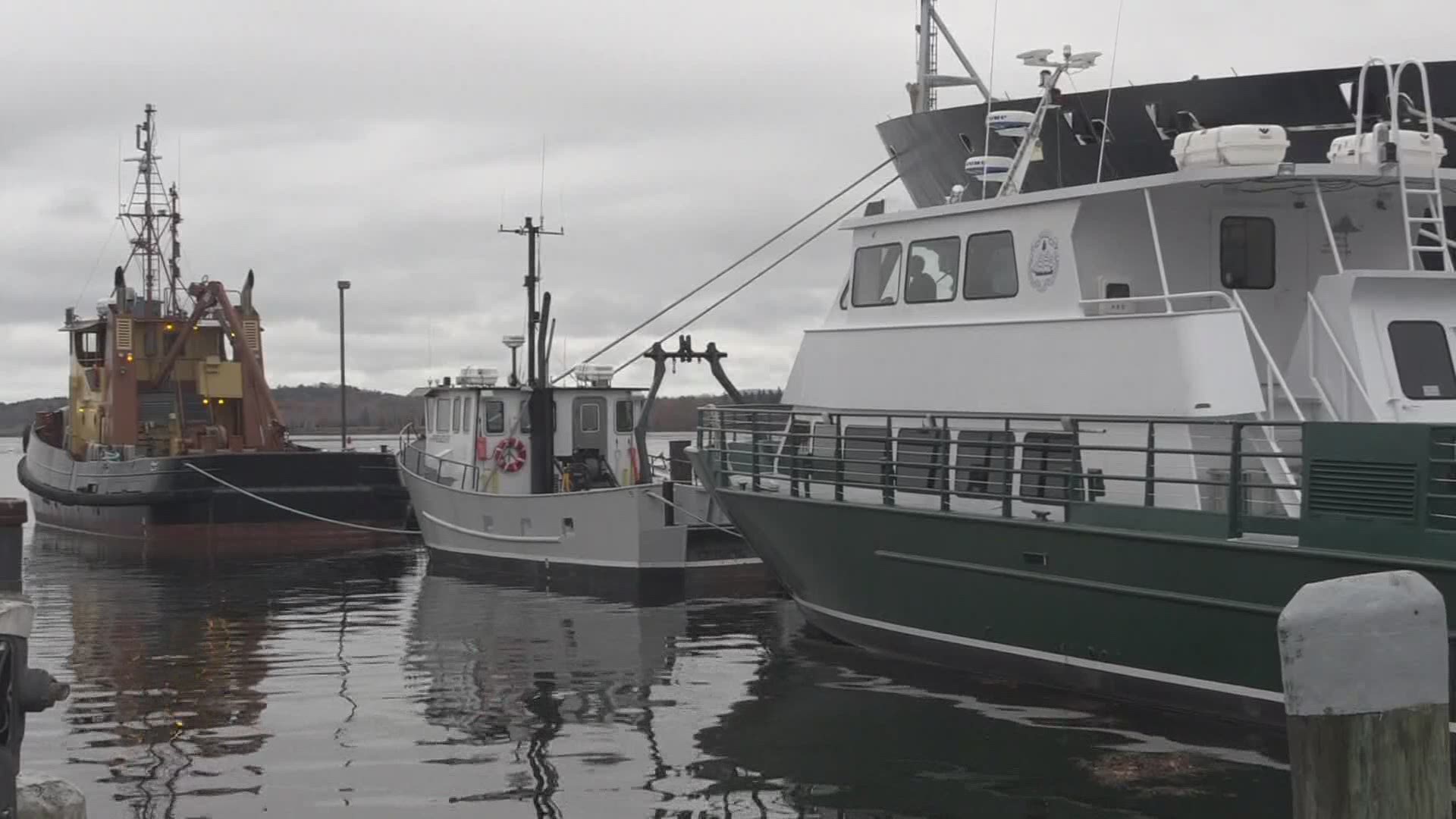 CASTINE, Maine — After months of postponements and cancellations of sporting competitions, graduations, and other events, the Maine Maritime Academy is able to host its summer training evaluation as planned.

After each school year, students take part in a training cruise on its training vessel, State of Maine, which helps fulfill the mandatory hours at sea required by federal law in order to get their U.S. Coast Guard license.

"They [must] get 365 days at sea," Maine Maritime Academy President William J. Brennan said. “They cannot get their academic degree from us until they have completed all the requirements for that license.”

Instead of delaying this year's cruise which would set back dozens of students trying to fulfill academic and service requirements, Brennan called an old friend from high school.

What happened next was a partnership with The Jackson Labaorty and Puritan Medical Products. The three Maine 'companies' are working together to ensure this training cruise takes place as scheduled.

“This would have never come about if it wasn’t for those Maine connections," Brennan added, "[Jackson Labs and Puritan] have really bent over backward to really accommodate our needs.”

If you've heard of Puritan you probably know exactly what the company manufactures. The facility is one of the largest test swab producers in the world for COVID-19 tests.

President Donald Trump visited the facility earlier this month to thank the workers at the Guilford based plant.

RELATED: All swabs will be thrown out following Trump visit, Puritan says

The third piece of the puzzle, Jackson Laboratory. Dr. Edison Liu is the President and CEO of the lab.

"The functional role is we're providing a 24-hour turnaround of one of the most sensitive SARS-CoV-2 viral tests on the market," Liu said.

While Brennan used an old connection at Puritan, Liu said it's hard to escape his lab and the Castine based college.

“In Maine, you can’t get away from the Maine Maritime Academy or the Jackson labs," Liu added.

And when asked what sparked the lab's involvement in this partnership Liu said it is what Maine companies do.

“It’s one of these spontaneous things based on the aura of goodwill.”

One of the students excited about this partnership is Evan Backus. He graduated this spring from Maine Maritime and needs to finish his time on sea requirements.

“Without this, I probably would have been setback a whole other summer if not a year," Backus said.

The pier-side training cruise begins July 8 and ends on August 4.