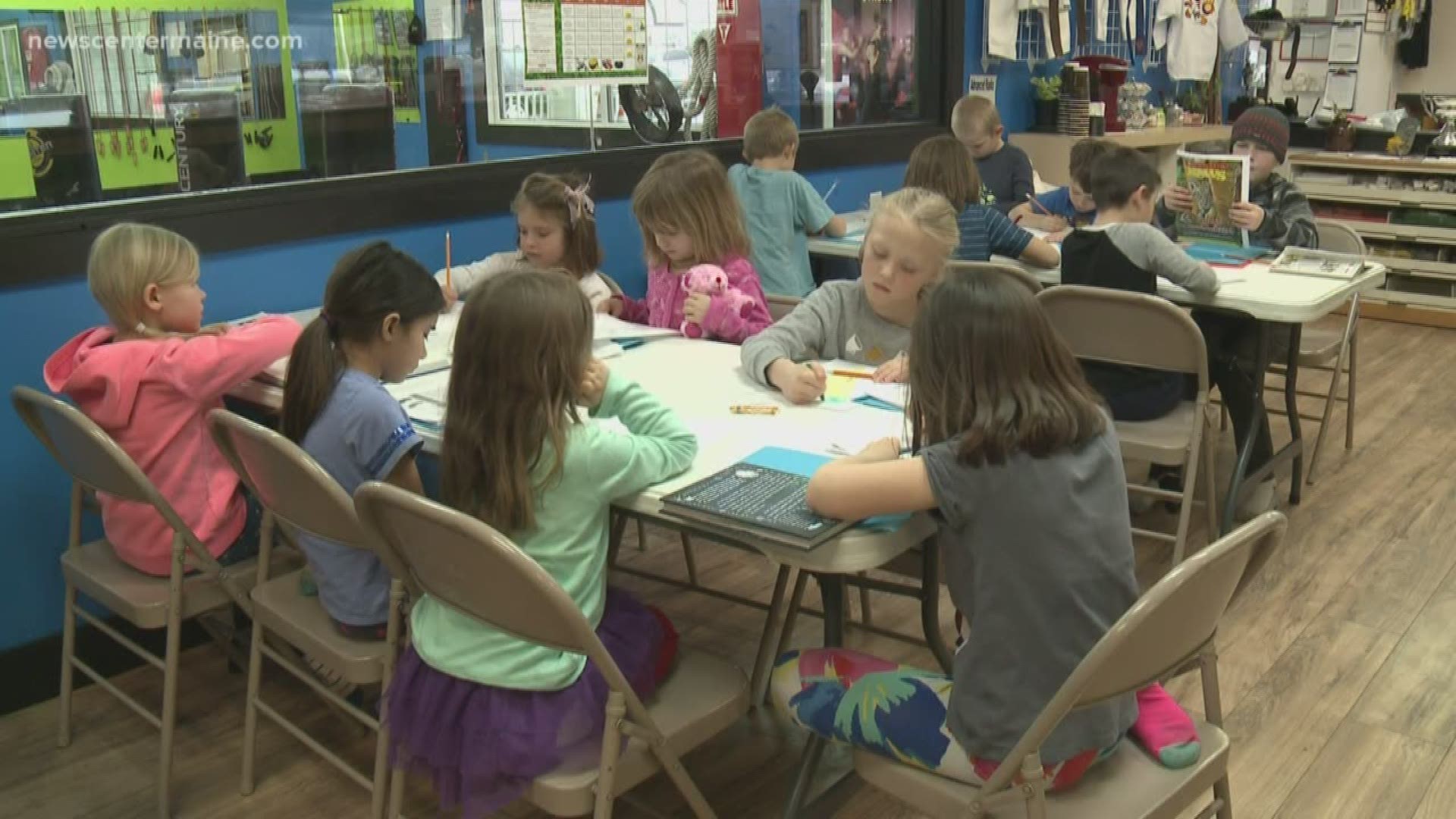 MAINE, USA — When snow days in Maine pile up, it can become a problem for school districts.

Too many days off means schools are forced to add days to the end of their school year.

Maranacook area schools, in RSU 38, is trying to prevent that from happening.

The district made a decision Wednesday to launch its remote learning day or Blizzard Bag Day as it's called.

It's a pilot program.

Basically, it's a snow day that doesn't count as a day off because the students are required to do school work.

Already this season RSU 38 has had five snow days. They have seven built into their school year calendar. Any more and they'll have to tack on additional days in June.

In past years, to help deal with an active winter, the district wanted to come up with some kind of remote learning day, but they couldn't.

"Teachers would say we have the technology, why can't we do something with it? Short answer to that... is the state wouldn't allow it," Superintendent Jay Charette said.

But last year, Charette said the state of Maine said they were open to innovative ideas.

So Charette, a group of teachers, technology experts and administrators came up with a remote learning day plan that was approved by the school district.

And on Wednesday, with news of a storm coming, Charette decided it was time to roll out the plan.

The district's elementary school students received bags or folders from their teachers with assignments from each subject.

The older students were able to take advantage of the school's technology from the comfort of their homes.

"Our students 6-12 all have laptops so we use Google Classroom and Google Docs and that whole suite of tools so they have teachers that are communicating, they're posting assignments students can go right into," Charette said.

On Thursday, there where almost 20 students there doing their homework on the remote learning day. Palmer and her staff set up tables for the kids to be able to work comfortably.

Palmer said this is a first for them too, but she likes the idea.

"It gives them the opportunity to not go to school for an extra 3, 4, 5 days into the summer because in Maine it's so short anyway and it's nice to not have to cut into that" Palmer said.

The kids doing their school work at the academy agreed.

8-year-old Hunter Emmons said "The Blizzard Bag was supposed to be a day of school but at home. What that meant was we wouldn't have to cut into the summer which I don't because I won't time with family and friends."

Hunter's sister Paige said, "we were excited because we've never had it before."

For students who didn't have internet access, the school provided hard copies of assignments or mobile hotspots. The school also distributed lunches to any student who wanted one.

On Friday, the district will pass out surveys to students and parents. On Monday, the staff will receive the surveys to see how efficient the remote learning day was.

The district will report those findings to the state.

RELATED: A Maine snow day through the eyes of 7-year-old Jesse Carroll