You could go to prison for up to 20 years for licking, returning ice cream to store shelf

Blue Bell says it pulled all half gallons of the Tin Roof flavor from a Texas Walmart after someone tampered with one of the tubs earlier this week. 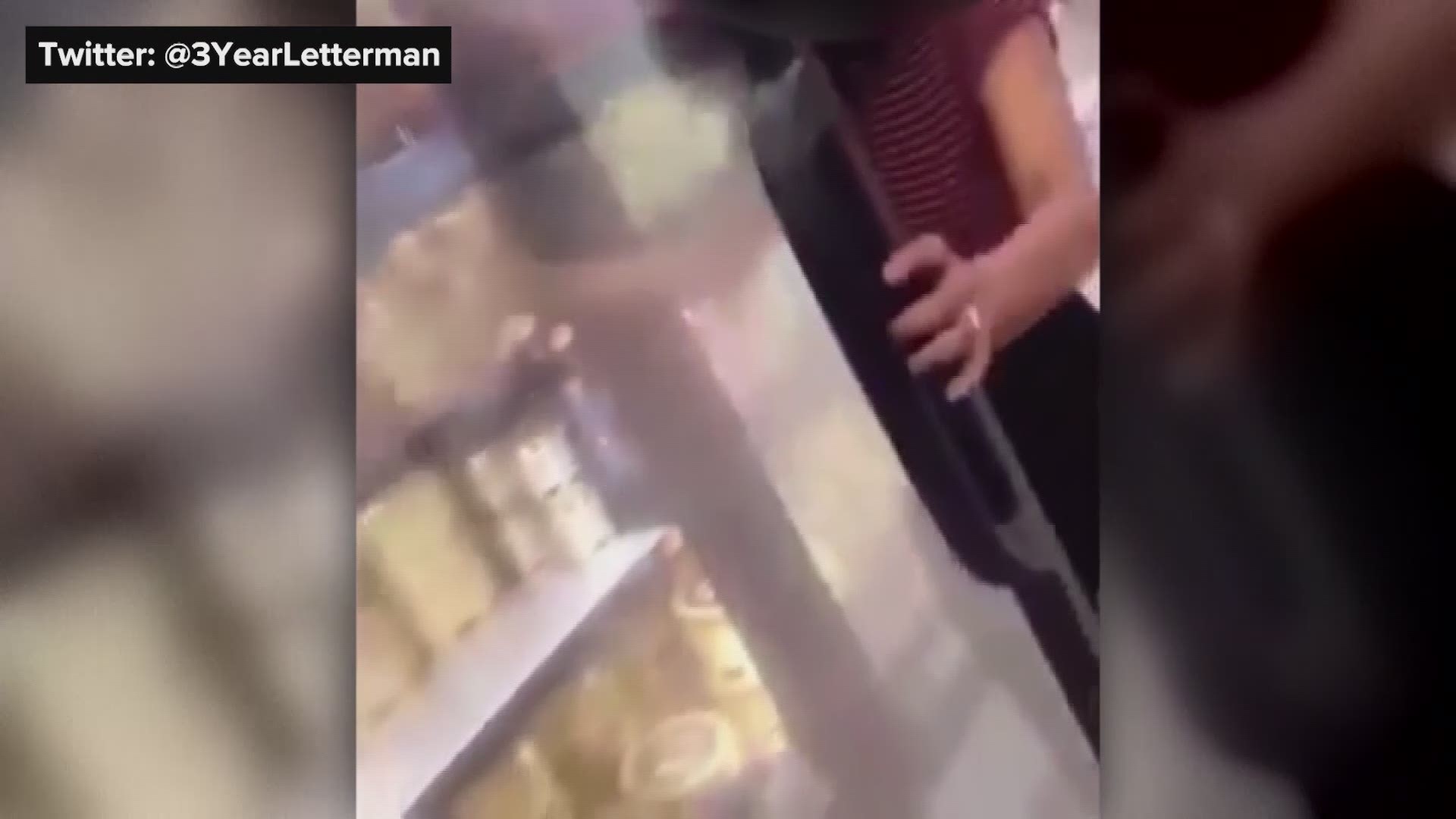 HOUSTON — UPDATE: Lufkin police have found and spoken with the person in this video.  She is a juvenile.  Because of her age, we have blurred her face.

Social media seems to be torn on the punishment fit for licking a tub of ice cream and returning it to the shelf.

Some say it's a crime worth up to dozens of years of prison time while others say it's worth a few hundred dollars in fines. But what is the actual punishment according to Texas law?

A second-degree felony of tampering with a consumer product in Texas is punishable by up to 20 years in prison, but no less than two. There's also a possible fine of up to $10,000, according to police.

This kind of charge is what one woman could be facing soon.

In a social media video that has angered many, the unidentified woman is seen licking a half-gallon tub of Blue Bell's Tin Roof-flavored ice cream and putting it back on the shelf.

After it surfaced, police were sent on a wild goose chase trying to track down the store and the people in the video.

San Antonio officers first received credible tips that the woman was possibly from their area, but a store display case matching the one in the video wasn't found.

The search then went on to Houston where officers learned that the woman may be living there with her boyfriend. A display case matching the one in the video wasn't found in Houston either.

On Wednesday, Blue Bell instructed division managers to see if they could identify the store. Within an hour, they were able to identify a Walmart off Daniel McCall Drive in Lufkin as the location.

Blue Bell said when the freezer was inspected, a half-gallon Tin Roof tub that appeared to be compromised was found. Surveillance video showed that it happened at about 11 p.m. on June 28.

The company pulled all tubs of the Tin Roof flavor from that location's shelves out of precaution.

RELATED: This Texas Walmart has an 'armed guard' watching over the Blue Bell freezer

Lufkin police are now investigating and believe they have the woman in the video identified.

Police are trying to confirm her identity before issuing an arrest warrant.

They're also trying to identify the man with her at the time, who is believed to be behind the camera of the viral video.

If you know who he is, you're asked to contact Crime Stoppers at 639tips.com.