Officers stated they have never seen such a large amount of needles and other drug paraphernalia in one location. 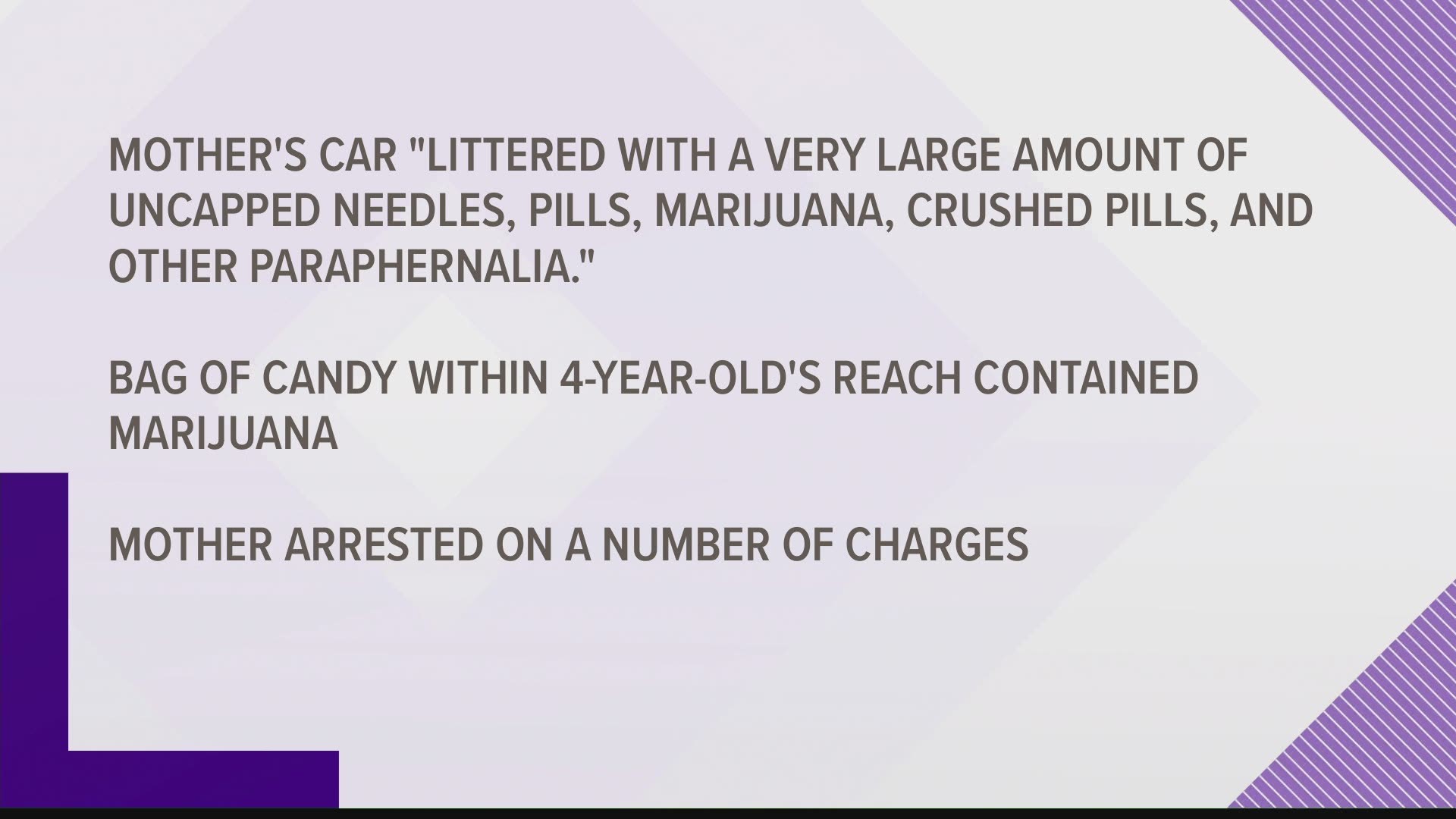 A woman was arrested by the Dexter Police Department on Tuesday, August 4, after officers said they found drugs and other paraphernalia in her vehicle during a routine traffic stop. Police said the woman's 4-year-old daughter was also in the vehicle at the time of the arrest.

Police said they later tested the items, which showed a positive result for heroin, fentanyl, and other illicit drugs.

According to police, the vehicle the mother and daughter were traveling in was 'littered with a very large amount of uncapped needles, pills, marijuana, crushed pills, and other paraphernalia.' A bag of candy found within the child's reach also contained a fair amount of marijuana, police said.

DHHS responded and took temporary custody of the child, who was later placed with a family member.

Police did not release the woman's name but said she was arrested for endangering the welfare of a child, among other charges.