UPDATE: Jeffrey Leidemann was charged with driving to endanger and reckless conduct in each community, police said. 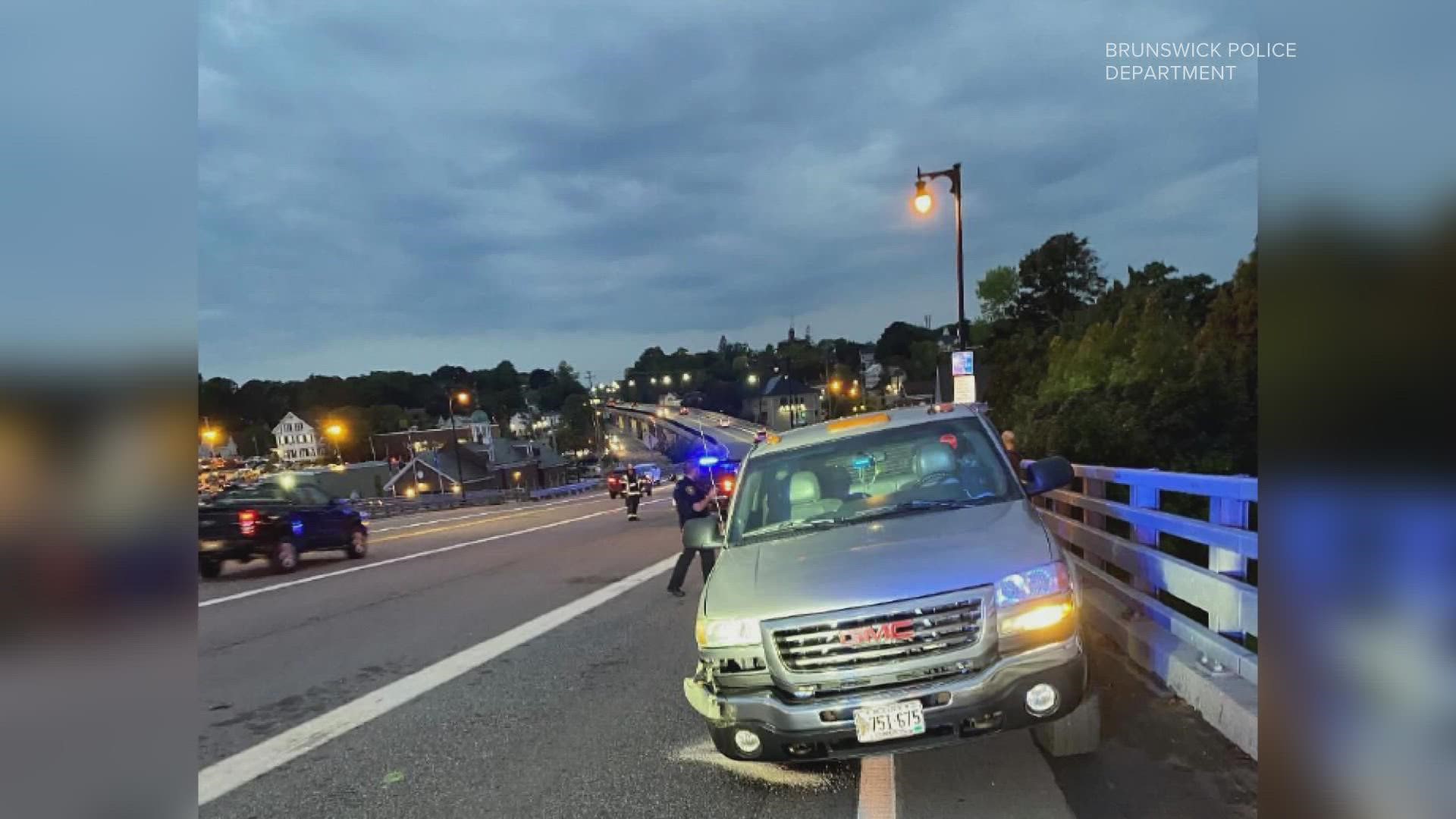 BATH, Maine — UPDATE: A Windham man faces misdemeanor charges in Bath and Brunswick after police say he triggered "road rage" crashes in both communities early Tuesday morning that sent a Woolwich woman to a local hospital.

Jeffrey Leidemann, 58, reportedly hit one vehicle as he sped through Brunswick in a GMC pickup truck and then hit a Subaru Outback as he drove onto the Sagadahoc Bridge in Bath, Bath Police Chief Andrew Booth said in a release.

Bath police and fire personnel, along with deputies from the Sagadahoc County Sheriff's Office, went to the Bath crash, on Route 1 near the Vine Street off-ramp, at about 6 a.m., Booth said.

Leidemann allegedly lost control due to excessive speed as he exited the Bath Viaduct and struck the Outback, driven by a 43-year-old Woolwich woman.

The woman was taken to Mid Coast Hospital in Brunswick with minor injuries, Booth said. Leidemann was not injured. Traffic was delayed until the crash was cleared.

Leidemann was arrested and charged with misdemeanor driving to endanger and reckless conduct and ticketed for imprudent speed and failure to maintain control of a vehicle for the Bath incident. He is scheduled to appear in Bath Unified Criminal Court on Nov. 16.

Leidemann faces the same charges in Brunswick for an alleged hit-and-run that took place just before 6 a.m.

Brunswick Police Chief Scott Stewart said a driver reported at 5:49 a.m. that his vehicle had just been hit by another vehicle that did not stop but sped away towards Bath.

"The caller suggested that there had been a road-rage incident with the other vehicle," Stewart said, in part.

Brunswick police met with Leidemann in Bath. There were no injuries in the Brunswick incident, Stewart said.