When your pot plant is stolen, become a Maine weed detective

A Portland, Maine man woke up to realize his large pot plant had been stolen. He followed the trail of leaves and clumps of dirt until he found it. 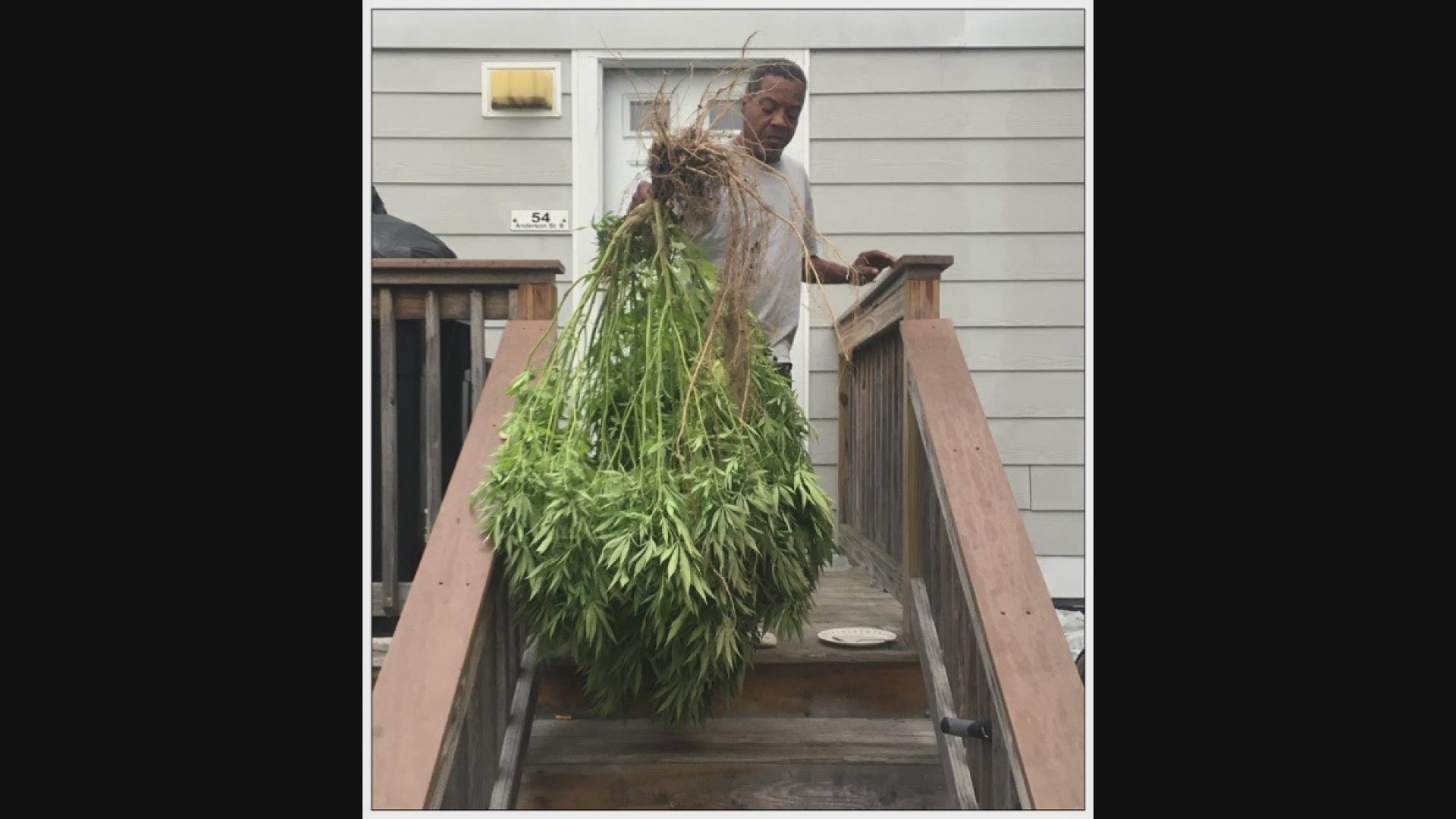 PORTLAND, Maine — A large weed plant was taken from a home in Portland, so what could the plant's owner do? He put on his detective hat and looked for it until he hit the jackpot.

Jay York has this big weed plant in his garden and has been growing it for four months.

On Sunday morning, he says it was stolen.

"I thought I heard a phone ringing and it wasn't mine and I thought oh my god someone's in the yard and I looked out the window and it was gone," York said.

The budding plant was ripped from the ground. But soon after going outside, York saw a leaf from the plant.

"So I started following them," he said.

He followed leaves, clumps of dirt, and other clues for two hours. He said with his flashlight shining, he could see some clue every 10 or so feet.

Jay York woke up Sunday morning to find his large pot plant taken from his garden. He followed the trail of leaves and dirt until he found it. This photo was taken when he confronted the person he believes is the weed thief #NEWSCENTERmaine pic.twitter.com/U5QYpT8kJo

"I followed a trail of leaves after that one I found in the street right to 54 Anderson Street," York said.

It was there York confronted the person he believes is the weed thief.

York took his plant and continued his detective work investigating the damage of the plant.

"I have to say that it was probably one of the most delightful moments I've had in a long time!"

That was until he realized his big beautiful plant, was now looking pretty sad.

"Oh god it was so close to being a wonderful plant," he said thinking about the plant.

York said he doesn't sell the weed, he shares it with friends and makes tinctures with it. But the plant itself was worth about one thousand dollars.

"The most valuable thing I have in my garden," he said.

He says he'll start harvesting it this week to see if he can save it and will be filling out a police report.