When Sarah Charette saw a lone sneaker on her daily jog she knew it was the one featured in a police surveillance video. 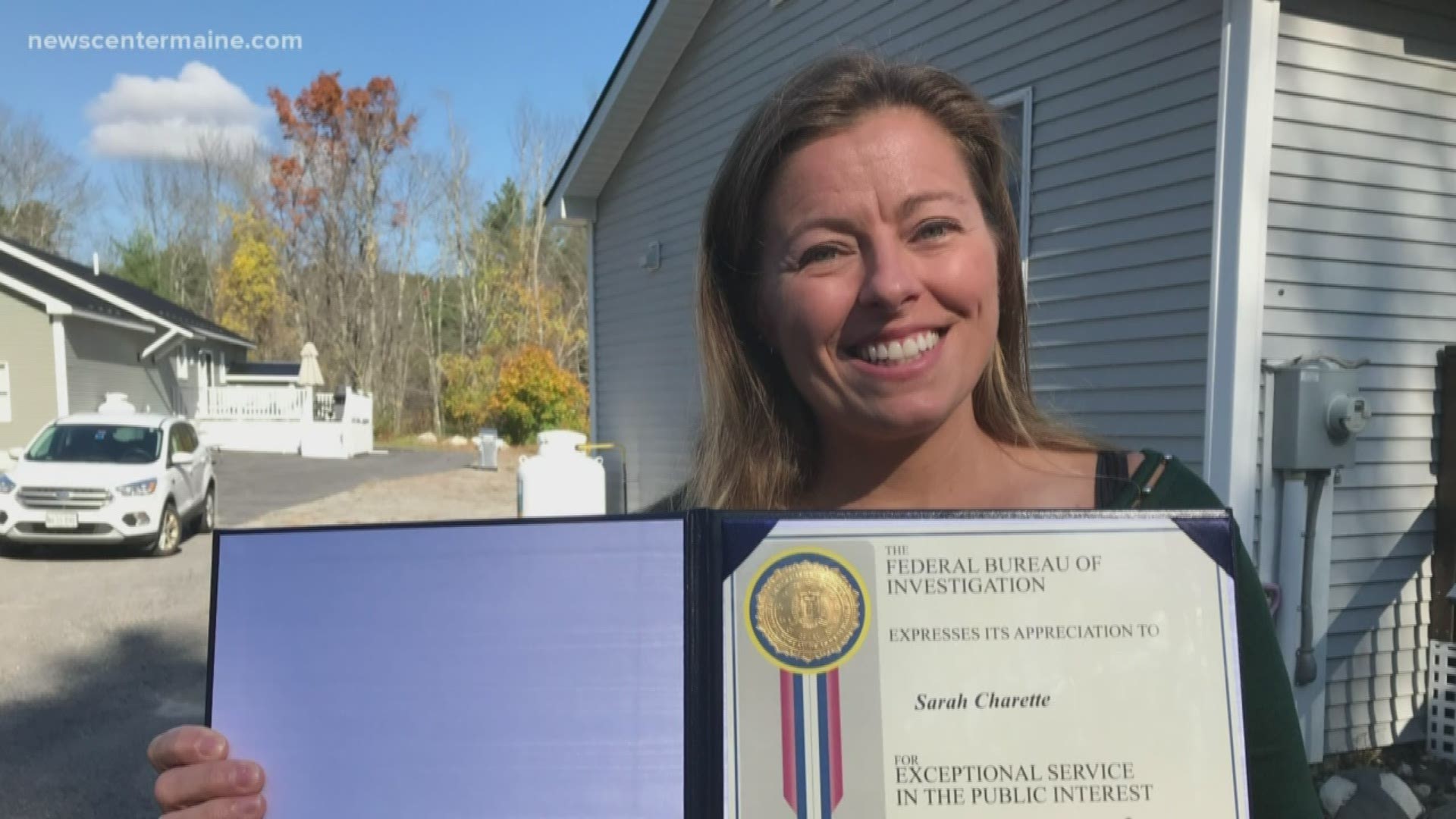 WESTBROOK, Maine — When a serial armed robber was terrorizing businesses in the Greater Portland Area in the spring of 2018 communities were on edge and law enforcement from ten agencies worked together to find the person responsible.

The robberies were caught on surveillance video. The videos showed a man covered up, armed with a gun and usually polite, walking into a business and demanding money.

Police and the FBI released those surveillance videos hoping the public could help.

RELATED: Sixth armed robbery in greater Portland area in less than a week

That help came from a Westbrook woman.

"Because my dad is a local business owner I took notice, I watched it several times," says Sarah Charette.

Paying attention to that surveillance video paid off when Charette went out for an 8-mile run... and something caught her eye.

"I just looked over and was like wow that shoe it really far in the woods."

Charette, who worked for Olympia Sports for 7 years while she was in high school and college, saw the sneaker 35 feet away from the road.

"I know my sneakers and when I saw that sneaker I was like that is the sneaker from the video. I can usually tell sizes of shoes, the make and I was pretty sure when I made that phone call it was connected."

That phone call Charette made was to the FBI.

"That sneaker was analyzed and from that sneaker, investigators were able to get DNA that led back to the suspect and through other evidence, he was charged, plead guilty and was sentenced in federal court."

That suspect was Travis Card of Westbrook.

Card had a history of theft and burglaries dating back to 2013 that during his sentencing his wife and attorney blamed on addiction to opiates that Card developed when he was prescribed painkillers as a result of knee surgery.

Card admitted to robbing or attempting to rob 11 businesses between March and April of 2018.

Sahrbeck says sometimes it takes an ordinary citizen doing something extraordinary that makes a difference.

"It was one of these things that all came together, but it had one starting point which was Sarah finding that sneaker."

Last week Charette was recognized by the FBI.

"It's awesome, definitely an honor. One person can make a difference. I mean looked what happened. I was in the right place at the right time" Charette said.