UPDATE: Inmates who walked away from Maine reentry center caught sitting in a stream in Ossipee, NH 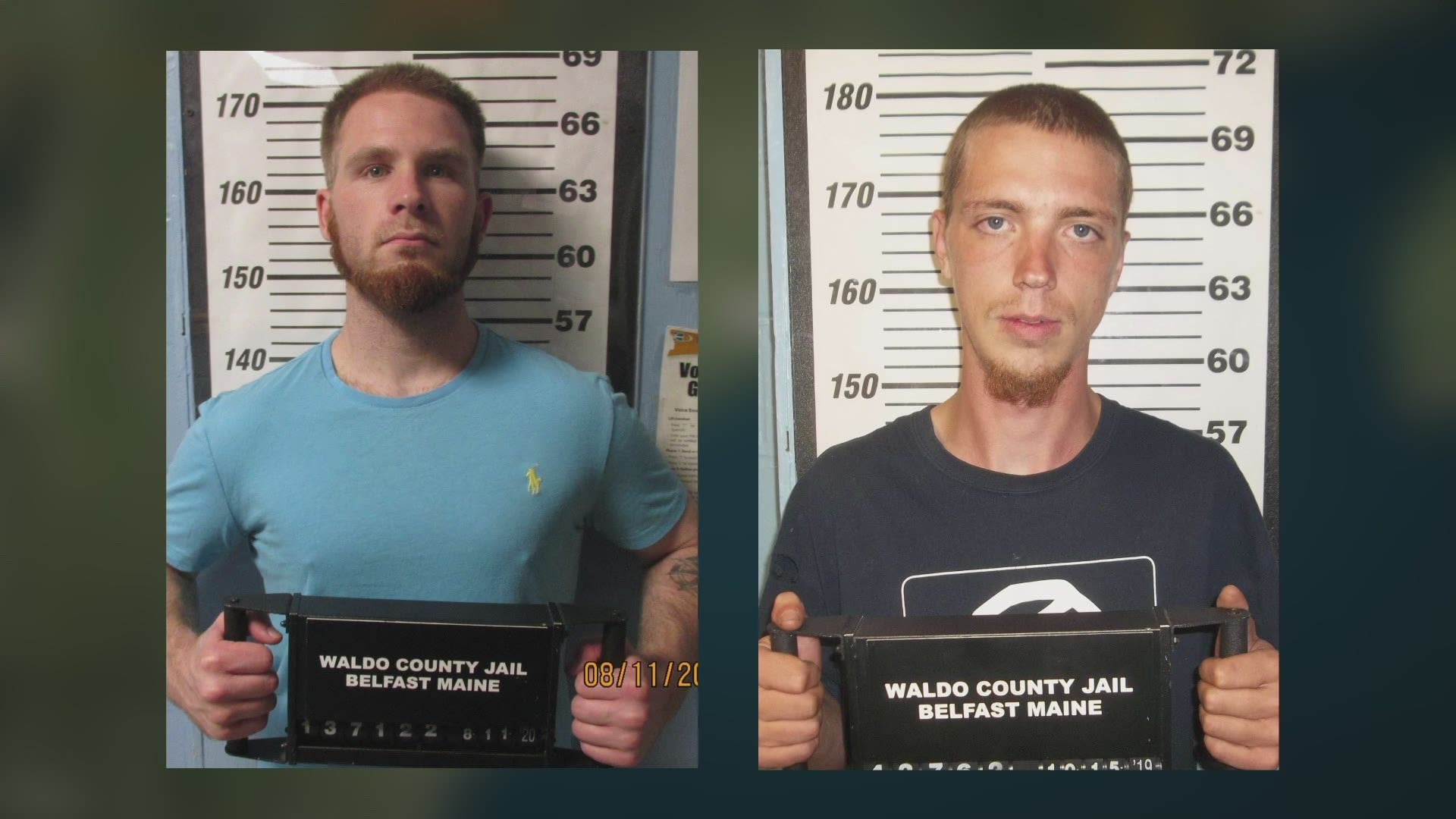 OSSIPEE, N.H. — Since Tuesday, September 30, the Waldo County Sheriff's Office has been trying to track down two inmates who were on the loose after walking away from the Maine Coastal Regional Reentry Center.

Cameron Dana, 24, of Owls Head and Dakota Raven, 24, of Knox were both arrested on outstanding class C escape warrants issued by the Waldo County Sheriff's Office. They were also charged with New Hampshire offenses of class A receiving stolen property and class B resisting arrest.

RELATED: 2 inmates on the loose after walking away from Maine Coastal Regional Reentry Center

Officers from the Ossipee Police Department received a report of a suspicious vehicle parked in the area of a boat launch at a local campground. When officers arrived, they located a pickup truck bearing Maine registration plates. The officer ran the vehicle information and learned the truck had been reported stolen from Searsport, Maine on October 2.

Officers had seen two men walking nearby and, when attempting to locate them, observed they were no longer on the roadway. A K9 unit was called to the scene and after a short track, Dana and Raven were found sitting in a stream.

Both men are scheduled to be arraigned in Ossipee court on Monday, October 5.