Two trans women were killed two months apart. They were friends, but were their murders connected? 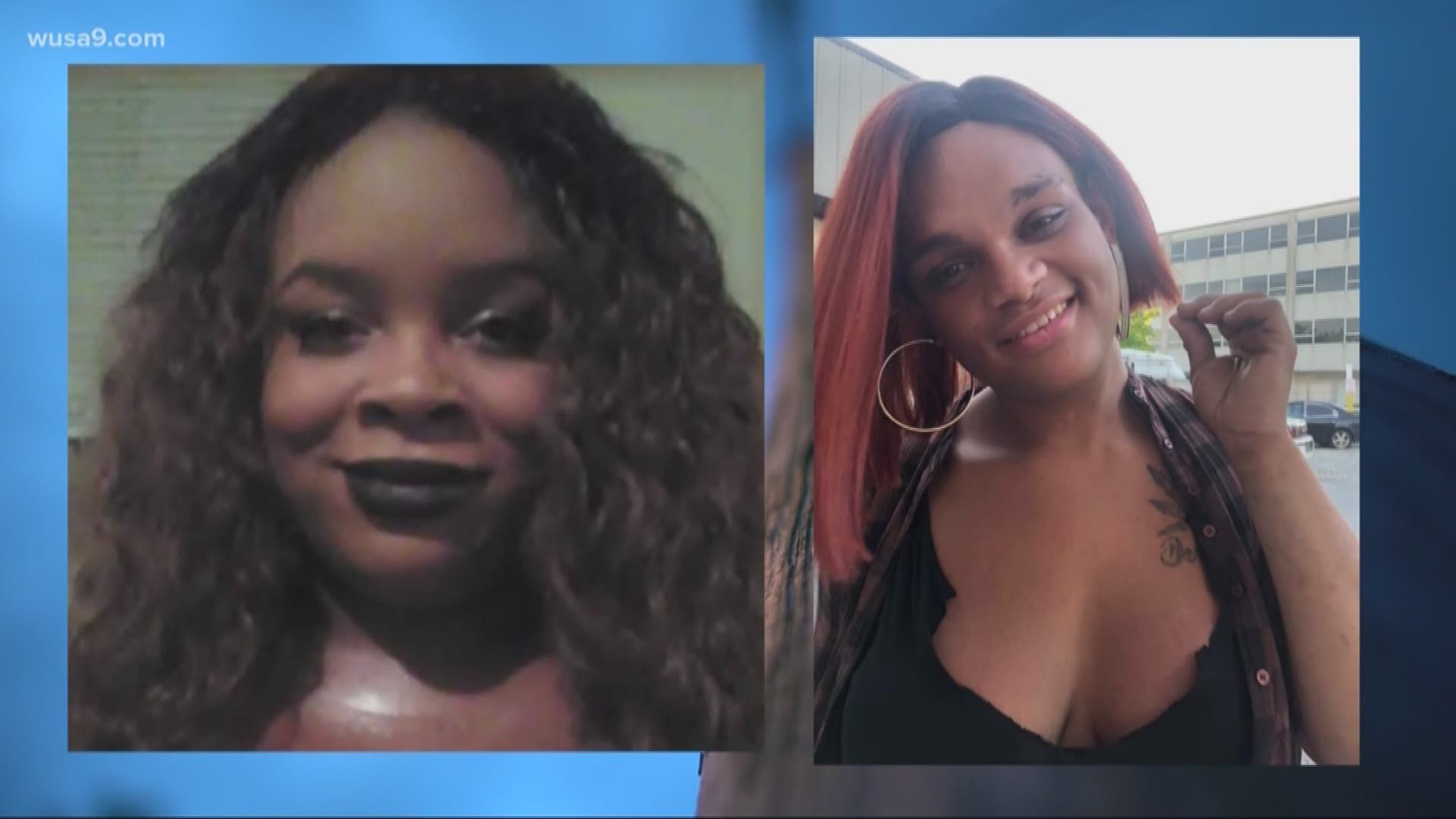 Budd said she will never forget that morning she got the first call telling her had been Carmon gunned down March 30 on Jost Street near Eastern Avenue just across the D.C. line in Prince George’s County.

Shot multiple times, Carmon died in the middle of the road.

It’s an area, police say, that is known for sex workers and the transgender women who often provide the services.

It was 10 weeks later and less than a half mile away when Carmon’s friend, the 23-year-old Spears was killed - this time, killed with a single shot.

WUSA 9 asked the Prince George's County Police Department for more details about the two women’s murders, but the department said they couldn’t tell us more because of the ongoing investigation.

But Budd says Spears may have seen this coming. She says Spears was worried for her safety because she witnessed Carmon’s murder - even giving police a description of the getaway vehicle.

“And it’s scary,” Budd said. “It’s frightening for real to think that someone has now also completed that piece of the jigsaw puzzle by killing the witness.”

“I still can’t say that these two cases are related to each other,” Reilly said.

In response to follow up questions from WUSA9, Jennifer Donelan, the PGPD spokesperson, said despite all the similarities and what Spears said she witnessed, “we haven’t uncovered any solid evidence… that leads us to believe that the same person is responsible for both murders. We have no evidence at this point that suggests these women were targeted because of their gender.”

Donelan also noted that “both women were engaged in commercial sex work.”

Read the entire statement below.

“We are actively investigating both homicides. Both women were engaged in commercial sex work. Both women did know each other. They were killed in close proximity to one another about 11 weeks apart. Despite those similarities, we haven’t uncovered any solid evidence, at this point in our investigations, that leads us to believe that the same person is responsible for both murders. We have no evidence at this point that suggests these women were targeted because of their gender. We know people in the community are talking, but we need them to talk to us, so our detectives can find the person or persons responsible for taking these women’s lives. You can remain anonymous by calling 1-866-411-TIPS. There is up to a $25,000 reward for information leading to an arrest and conviction. If you believe you know something, please call us.” Jennifer Donelan, Director of the Media Relations Division, Prince George’s County Police

“Law enforcement needs to realize that it’s not sex work that is the culprit here,” said Charlotte Clymer, the rapid response press secretary for the Human Rights Campaign in Washington, D.C.

According to the Human Rights Campaign, 142 transgender people have been murdered nationwide since 2013, with 10 of those killings in 2019.

Clymer said the idea that Zoe Spears murder didn’t have anything to do with Ashanti Carmon’s is just hard to believe.

“I would be very surprised given the overwhelming rate of discrimination and violence against trans people at this moment that somehow these murders are not connected,” Clymer said.

Earline Budd put it another way.

“I mean, it doesn’t take a rocket scientist to put it together,” Budd said.

She worried the community may never know the whole story. But Budd says the bigger question than why, may be, what now?

“These two murders that’s the tip of the ice berg,” Budd said. “So, we’ve got to do something. We can’t just sit back and do nothing we’ve gotta so something.”

The meeting between police and leaders in the transgender community is part of what’s being done to try and prevent more murders in the area Carmon and Spears were killed.

Prince George's County Police say they have already stepped up patrols and are still actively asking for tips to help them solve the murders. You can remain anonymous by calling 1-866-411-TIPS.

There is up to a $25,000 reward for information leading to an arrest and conviction.

RELATED: 'I will love you forever' | Man remembers fiancee after she was shot, killed