A single-vehicle crash claimed the lives of Jacob Dupuis of Gorham and Henry O'Neill of Standish Thursday. 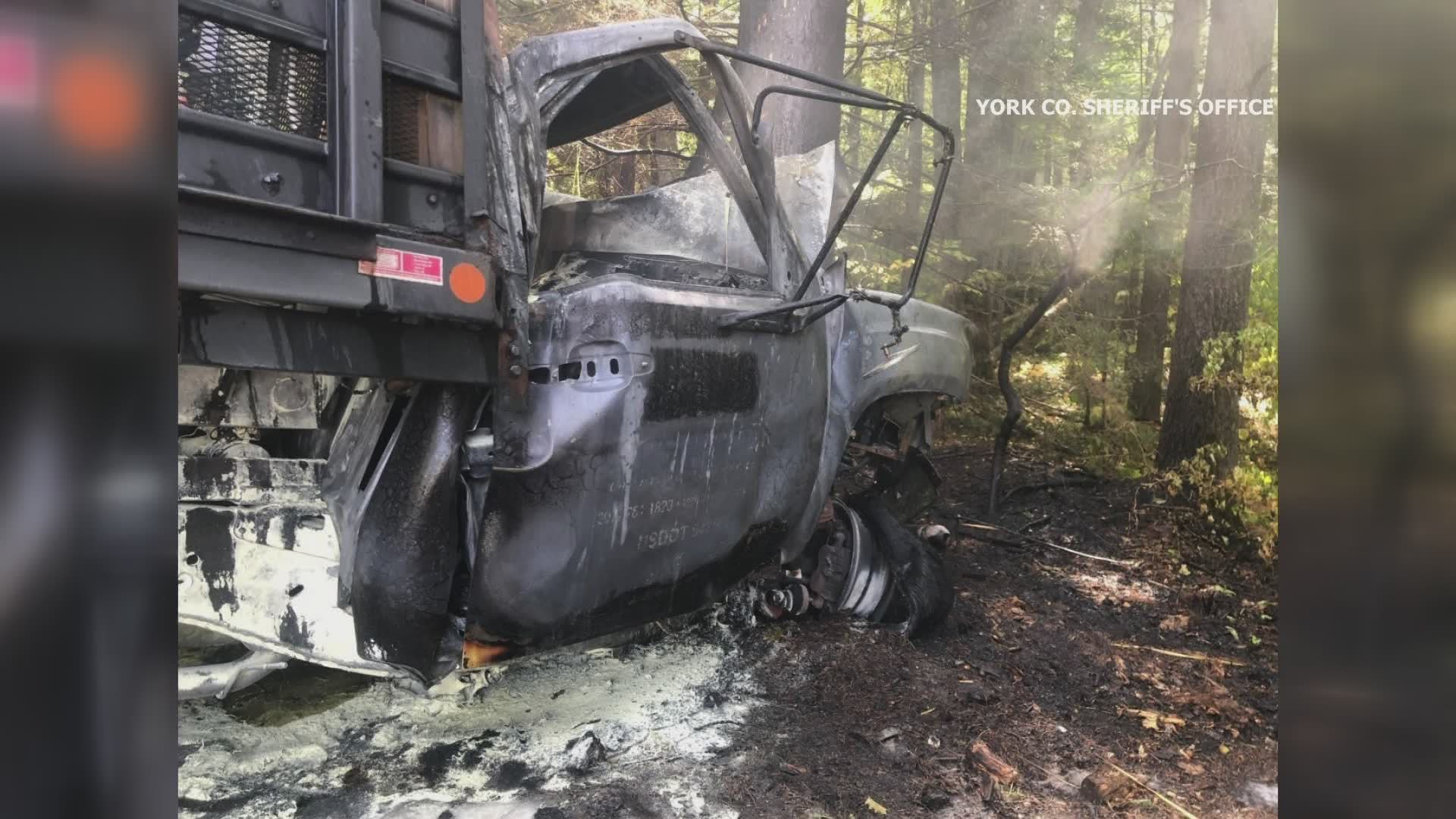 ARUNDEL, Maine — Two from Maine are dead after a car crash in  Arundel Thursday afternoon.

Around 1:30 p.m., York County Sheriff’s Deputies responded to the area of Log Cabin Road for a single-vehicle crash that claimed the lives of Jacob Dupuis, 20, of Gorham and Henry O'Neill, 19, of Standish.

An initial investigation showed that Dupuis was operating a 2008 GMC Sierra rack body truck, owned by Carter Design Group, was heading east on Log Cabin Road in the area near Fairfield Drive when it left the road and crashed into a tree. The impact caused the vehicle to burst into flames, entrapping the occupants.

The crash is being reconstructed by the MSP assisted by the York County Sheriff’s office. Log Cabin Road was closed from 1:20 PM to 5:30 p.m.