Matthew Blanchard was walking with three relatives near Congress St. and India St. when several gunshots were fired at them. Blanchard died from a gunshot wound. 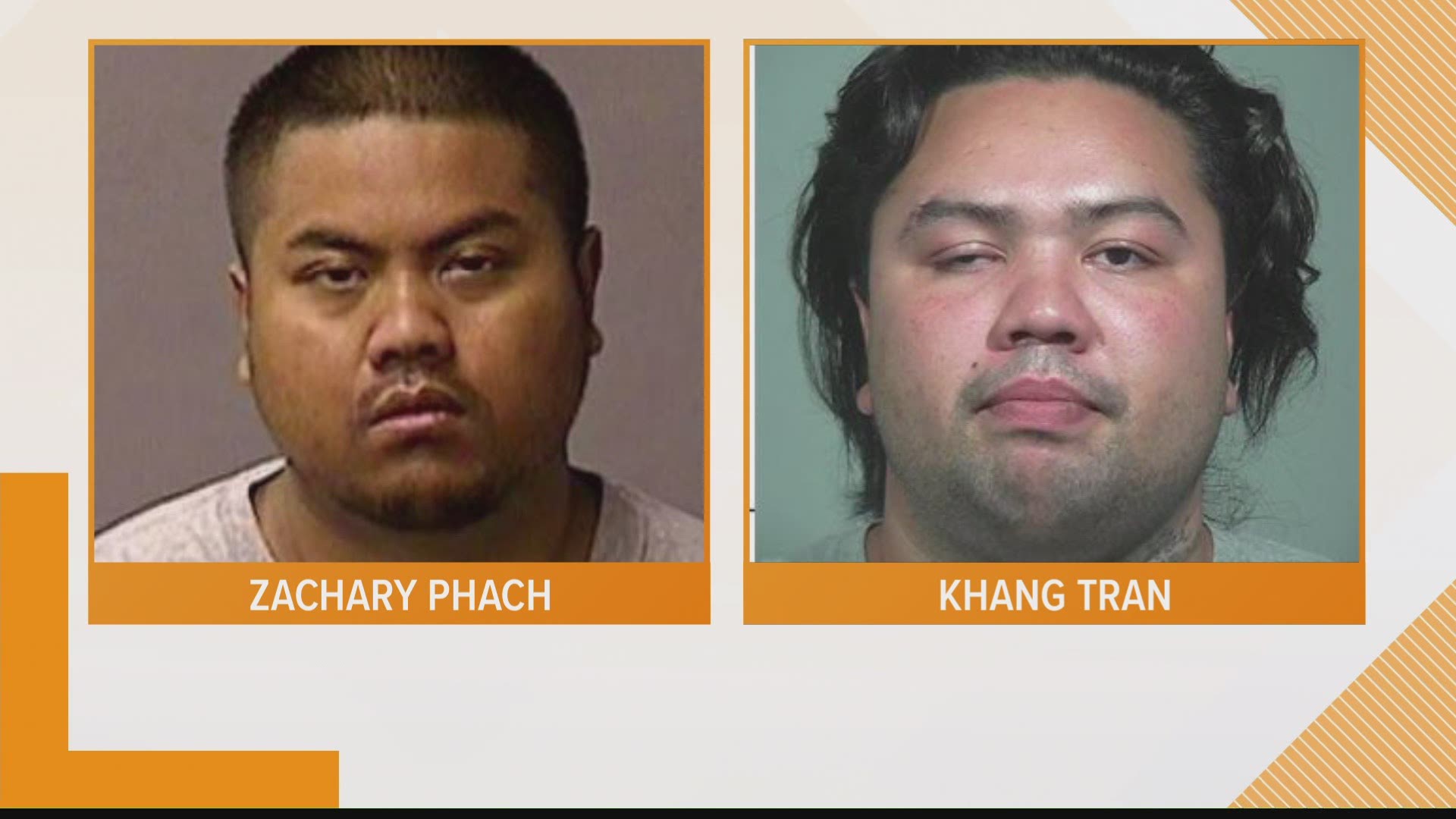 PORTLAND, Maine — The Portland Police Department said Thursday two people have been indicted and are in custody related to a violent triple-shooting incident on July 11, 2012, which resulted in the murder of Matthew Blanchard.

Blanchard was walking with three relatives near Congress Street and India Street when several gunshots were fired at them. Blanchard died from a gunshot wound during that shooting.

Two of the other three who were with Blanchard were also shot, but their injuries were not life-threatening.

On April 9, 2021, based on an investigation by Portland police, an indictment was handed down by the Cumberland County Grand Jury charging Zachary T. Phach, 31, and Khang Tran, 27, with murder, aggravated attempted murder, elevated aggravated assault and criminal conspiracy.

Police said Tran was already in custody in the Moshannon Valley Correctional Center in Phillipsburg, PA, for other crimes. On April 20, 2021, with the assistance of California's Stanislaus County Sheriff’s Department, Phach was arrested and detained in jail in Modesto, CA. Both men face pending extradition proceedings to bring them back to Maine, according to Portland police.

“We are pleased for the Blanchard family and this community that the Grand Jury has indicted these two men for their role in Matthew’s death,” Portland Police Chief Frank Clark said. “Investigating the death of another human being is a tremendous responsibility. I applaud the diligence of our detectives, as well as the collaboration with our law enforcement partners out of state, for the follow through on this case. The reduction in calls and crime reports that we’ve experienced since the start of the pandemic has allowed for the reallocation of time and investigative resources, ultimately aiding us in being able to hold these violent offenders accountable for their actions. Work on this and other unsolved cases will continue.”

Weeks prior to the night of Matthew's death, Matthew had been driving with his girlfriend Casey in the passenger's seat when police said Matthew fell asleep at the wheel, sending the car into a tree.

Casey died, and Matt was charged with causing a fatal accident and operating without a license.

Matthew's brother, John, told NEWS CENTER Maine in 2018 that the night of Matthew's death began as a late-night walk to take Matthew’s mind off things: four brothers, a trip to the grocery store, and a bottle of Captain Morgan’s.

“I’ll take care of my brother as best as I can, especially when he’s going through losing a girlfriend of 5 years,” John said. “Yeah it was late, but I don’t care. That’s my brother.”

According to John, the night ended when shots rang out.

“I just saw a figure with the hands up,” John said. “So I turned around and I took off.”

In the heat of the moment, John said he thought it was fireworks – until he felt the bullet in his arm.

“It didn’t hurt. It was just hot. It was warm,” he remembered.

Worried for his life, John said he ran. He remembered lying in an ambulance and seeing a crowd of people standing over his brother’s body. But he said he didn’t register what happened until his family told him at the hospital.

With these arrests, Portland police said 13 unsolved homicides remain on the department’s open case list. Each of these cases is assigned to an investigator, who continues to review, follow up and work to bring closure to the families, according to Portland police. The cases are often reviewed to see if evidence that was collected from the scenes can be examined using new technology or forensic examinations.

RELATED: Unsolved Homicides: Matt Blanchard was turning his life around...