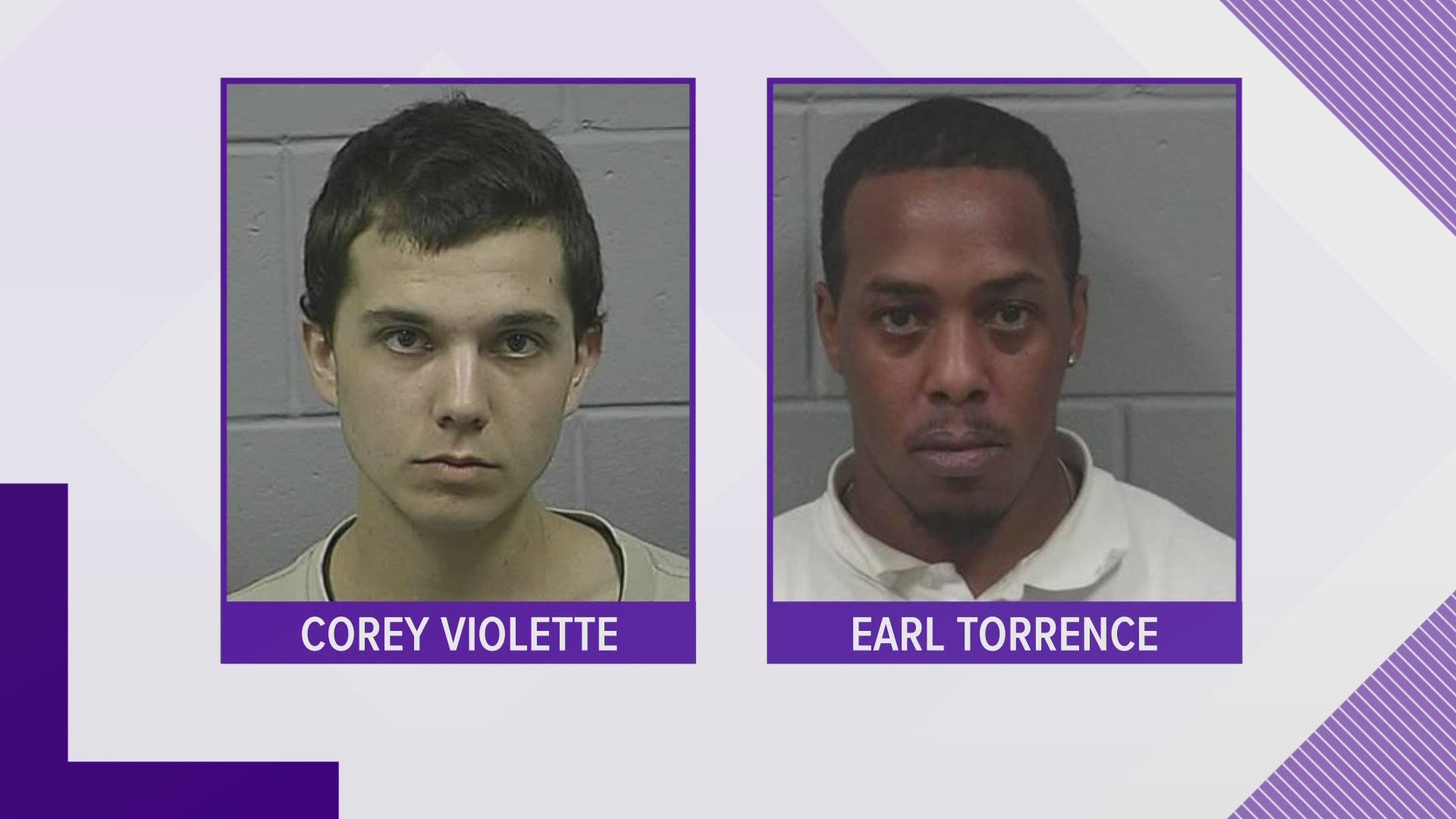 BANGOR, Maine — Around 11:30 a.m. Tuesday, Bangor Police responded to a robbery at 417 State Street, the site of Acadia Federal Credit Union which is located on the campus of Northern Light Eastern Maine Medical Center.

Corey Violette, 28, of Bangor and Earl Torrence, 43, also of Bangor were arrested around noon after officers located the car that was allegedly driven from the scene by Violette.

The vehicle was parked and spotted on Essex Street, just below State Street.

According to police, both men were arrested without incident and charged with robbery and a Class A felony. Violette was carrying a loaded handgun when he was arrested.

No one was injured during the robbery and both men are being held at Penobscot County Jail. Bail was set at $10,000 cash.

The Bangor Police Department is still investigating the incident.

RELATED: Bangor area officer signs off for the final time