Kimberly Moreau vanished from her hometown of Jay, Maine in 1986 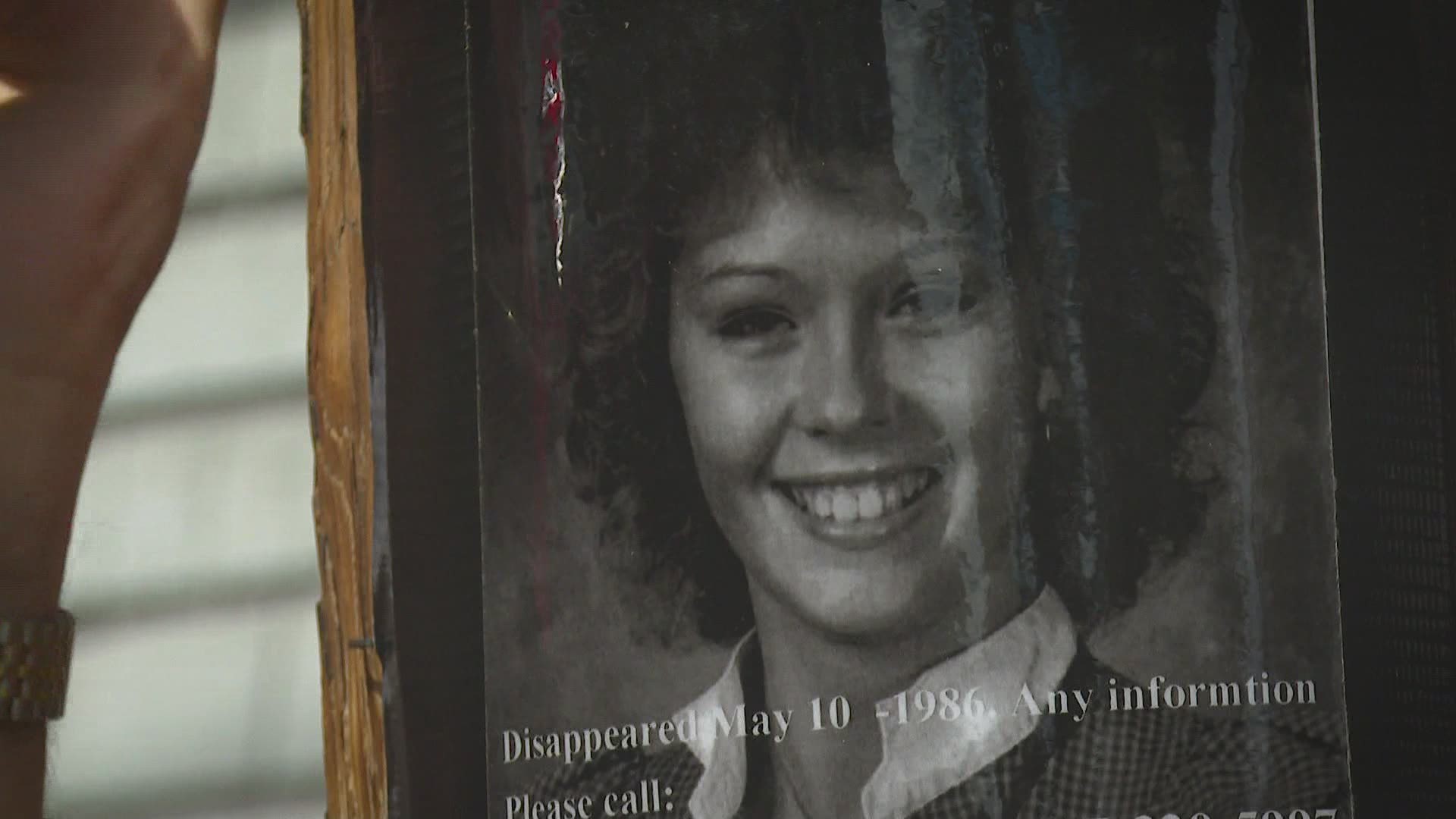 JAY, Maine — The Moreau family received a $5,000 anonymous donation on the 35-year mark of their daughter's disappearance in Jay that increased the reward to $10,000. \

Two days later, on May 12, another family, wishing to remain anonymous, offered another $5,000, followed by another donor giving $2,500, bringing the total to $17,500, Richard Moreau told NEWS CENTER Maine on Wednesday.

Richard Moreau, Kim's father recently announced a $5,000 reward for any information leading to her remains. Police declared her legally dead in 1993, after she went missing in Jay in 1986.

Kim was out with friends on what was the night of her junior prom. Her father said she was with a friend, Rhonda Breton, who was dating another man named Darren Joudrey. Joudrey and his friend, Brian Enman, had been riding around in a new car and picked up the girls in the afternoon.

Moreau's sister, Karen, saw her leave the house around 11 p.m. and heard her say she would be back in an hour.

NEW: $10,000 reward for info leading to Kim Moreau, who disappeared from Jay #maine 35 years ago. The Moreaus were offering $5,000, and received an anonymous match donation today. Police believe the circumstances behind her disappearance are suspicious. @newscentermaine pic.twitter.com/GdGRDol9QO

"We know there are people that definitely know where Kim is. There is no reason not to come forward," Richard said in an interview in early May 2021. "There's no question. This year's got to be the year we bring her home."

Kim's case is considered a missing persons case, although police say the circumstances around her disappearance are suspicious.

"In these missing persons cases, it can be very difficult because again, you're missing a crime scene, you're missing a body. So those are the most critical pieces of where your physical evidence is going to originate," Lt. Scott Gosselin of the Maine State Police said.

Enman maintains he was not responsible for Moreau's disappearance. NEWS CENTER Maine has not been able to reach Joudrey for comment.

"We don't believe that this case extends beyond a certain group of people," Gosselin said. "The reason why [Enman and Joudrey] remain on the radar is that those stories have been somewhat inconsistent."

Police have not ruled out Enman or Joudrey as people of interest.

In 2019, police excavated a concrete slab at a location in Livermore, but found nothing.

"It's 35 years and I'm not going to stop looking," Moreau said. "The pain just increases. I can lose every cent I've got. I can always make more money. I can't bring somebody back that isn't there. I can't take all the hurt, I can't take all the tears, and all the nights of wondering, all the sleepless nights."

"We will get her home, and then I'll thank you from the bottom of my heart. I don't care who it is. I just want Kim home," Moreau said.