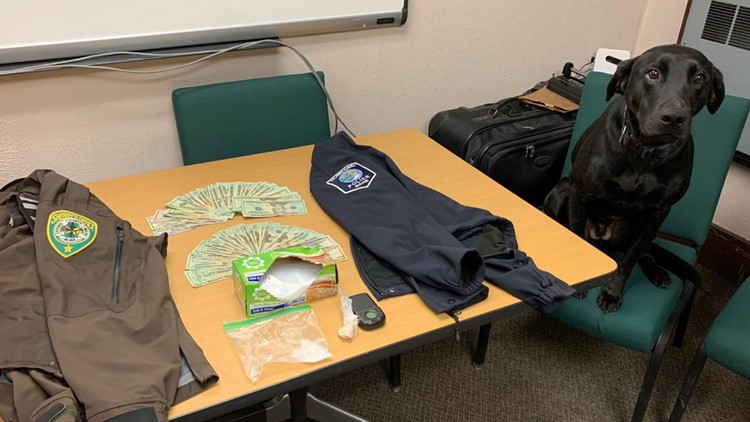 WOODSTOCK, Maine — A man from Massachusetts was busted Monday, Oct. 7, for trafficking drugs in Woodstock, Maine.

The Oxford County Sheriff’s Office, with the help of Rumford police and their drug-detecting K-9, says they stopped Joshua Greenfield, 28, while he was driving north on Route 232 and arrested him for operating under the influence related to drugs.

Police say they confiscated 14.5 grams of crystal methamphetamine, 3.1 grams of fentanyl, and over $1,500 in cash from Greenfield's car.

Police say the case is under investigation.

RELATED: $1 billion worth of cocaine seized in Philadelphia