On Monday night, the city of Bangor held a Black Lives Matter protest in response to the death of George Floyd. The mostly peaceful protest ended in no arrests. 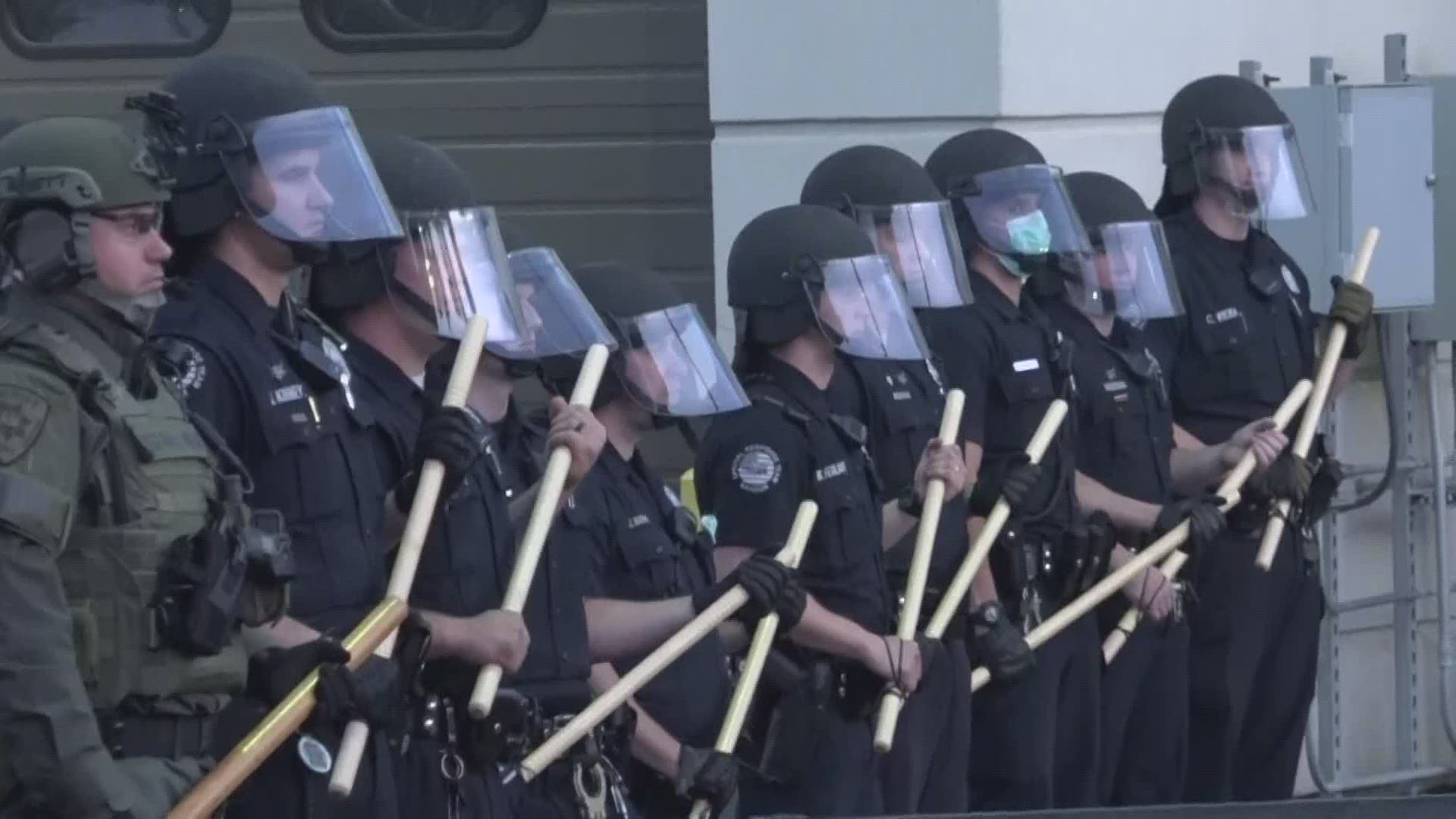 BANGOR, Maine — Hundreds of people gathered outside Bangor City Hall on Monday night in response to the death of George Floyd, the Minnesota man who died while an officer was kneeling on his neck.

The goal of Monday's demonstration was to talk about racism as a community.

"Start holding people accountable for their actions and their words," Benjamin Crowley said while attending the rally.

The event was organized, with speeches, cheering, and chants.

It began in Pierce Park where many people of color shared their stories, including Bangor City Councilor, Angela Okafor.

She shared her story on Facebook on Tuesday, too.

"We have a black son who has a friend that is white who loves our son back from what I have seen and heard. I have made countless failed efforts at setting up playdate outside school for them to this kid's parent."

She said last week her son asked her again if this parent had gotten back to her and she said "no." "He was sad," she said.

"Then I told him, 'you know we are black right? And some people may not want to associate with us just because we are black.' I had to say that to my less than 10-year-old son," Okafor said in the Facebook post.

After gathering at Pierce Park, the protest then marched to Davenport Park, which is directly across from the Bangor Police Department.

"It surely is apparent that not everyone is happy to have us around; we get it," Bangor PD wrote on Facebook on Tuesday.

At Davenport Park, demonstrators seemingly wrapped up the program with a strong message: "Let's tell the community and the department over there that black lives matter."

When demonstrators arrived at the police station there were some peaceful moments.

As you can see — Bangor PD is kneeling with protestors and hugging them. pic.twitter.com/qgspuFPoFs

"She is the change here," a protester yelled after officer Jamie Fanning took a knee with them.

Soon after, the tone of the protest changed.

"You guys have been keeping this so peaceful up to now. People are getting angry, we don't need to do that," Officer Fanning said.

"Cops are sick!" a protester continued to yell.

Bangor Police stood there quietly and tried to settle the protesters down but eventually, Brewer Police and the Penobscot County Sheriff's Department came in. Some officers in riot gear.

Brewer Police and Penobscot County Sheriff’s Department have joined Bangor. Some demonstrators are not leaving after being asked to multiple times #NEWSCENTERmaine pic.twitter.com/iTbL0R4ZDb

While the evening was tense at times, the protest ended shortly after 9 p.m. resulting in no arrests.

Bangor PD did not have to use force on any protester.

According to the city's policy regarding use of force, "the use of force, whether deadly or non-deadly, shall at all times be in accordance with the requirements of Title 17-A.