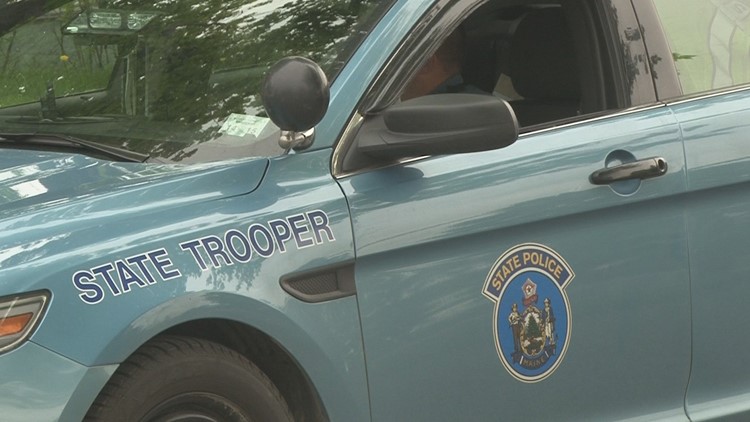 MAINE, Maine — The Maine State Police responded to a camp on the Seboeis River in T37R on Saturday after reports that three men broke into and rummaged through an occupied camp.

The caller said the camp's owner and its caretaker located Stephen Stimpson and Aaron Collette, both 24 and from Bangor, as well as Alex Morneault, 23, from Brewer.

Maine State Police say the three men allegedly broke into and rummaged through an occupied camp.

According to a press release, the caretaker was able to block the three men in the driveway so they could not leave and held them at gunpoint until State Troopers arrived.

Police say the three men allegedly broke the doors to the camp and an outbuilding. Some items were removed from the camp and located outside the building.

All three men were arrested and charged with burglary, trespass, theft, and criminal mischief. They were taken to the Penobscot County Jail.

Maine State Police urges anyone that witnesses suspicious activity to call the department in Houlton at (207) 532-5400. You can also visit the Maine State Police website at https://www.maine.gov/dps/msp/about/report-crime to file any other crime information you might have.

RELATED: Memorial Day weekend not big for tourists this time

RELATED: UPDATE: Body found in Jonesport believed to be man who went missing 11 months ago

RELATED: Skowhegan man charged in connection with sexual assault of juvenile in Canaan