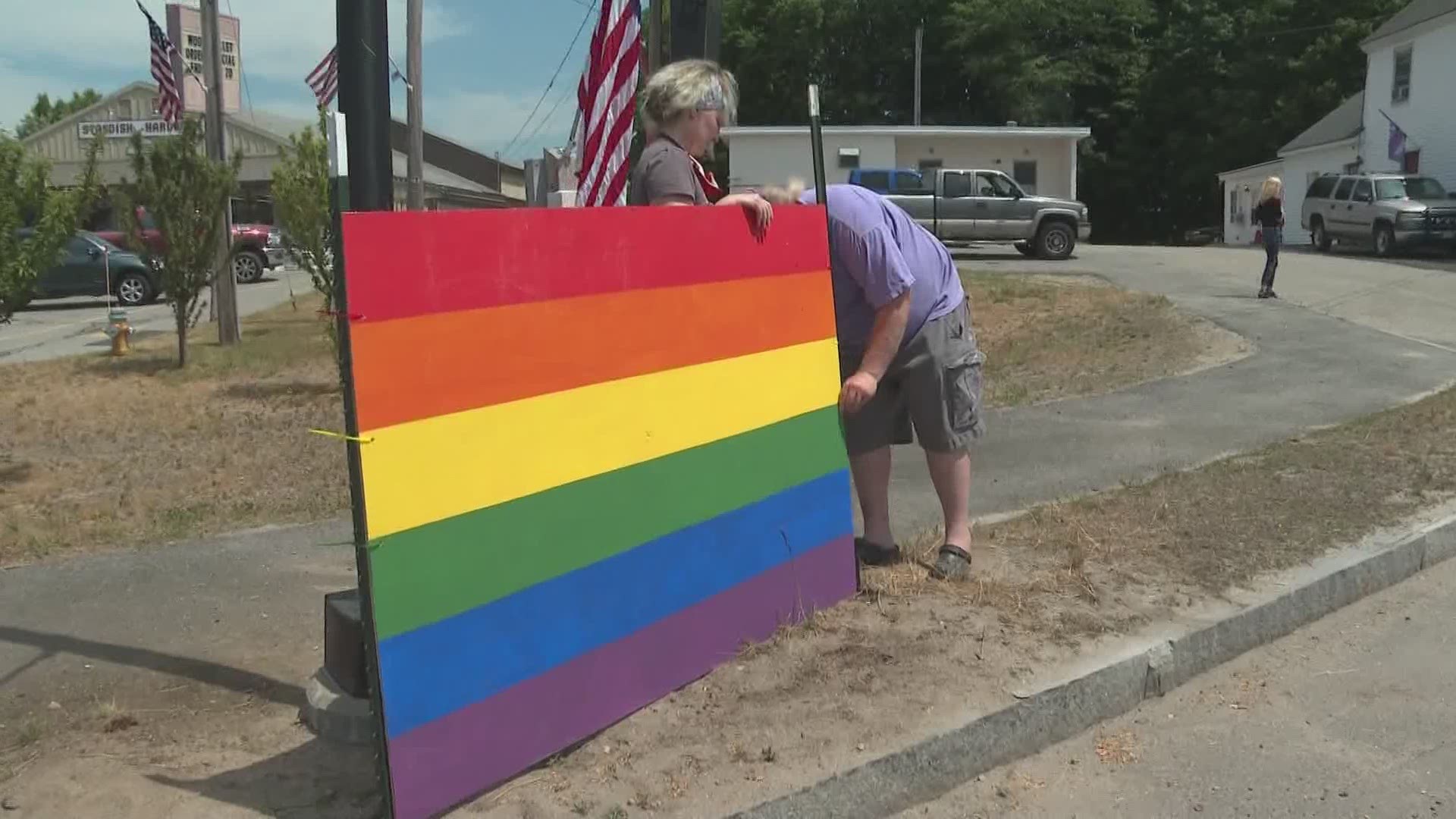 In honor of PRIDE month, Tim Goodwin decided to put up a PRIDE sign.

"I wanted to show community support for LGBTQ members of our community," said Goodwin.

The sign was painted like a rainbow flag and was put in a public space right near the intersection of Routes 25 and 35 in Standish.

"I put it there and the sign has been met with a lot of attention," Goodwin said.

And not all positive.

Goodwin says the signs "have been spray-painted with Trump 2020, they've been blocked with Trump signs, there was an American flag stapled to it and yesterday it was chainsawed into thirds."

The vandalism caught the eye of Laura Haney who was proud to see the sign displayed in her hometown.

"I didn't know Tim until 5 days ago when I contacted him and offered to help him put the sign back up," Haney said.

On Saturday, June 20, Haney and Goodwin were fixing the sign when Haney says they were confronted by a man walking out of the nearby general store.

"What that individual did was they approached me, put a hand on their gun at their waist, and pointed their finger at me, and said, 'I want you *%$# out of my town,'" Haney said.

Goodwin says it's a sad commentary on what the emotions are in the community."

"You'd think this would be a noncontroversial topic at this point in our society," said Goodwin.

"The hate is so deep right now and I won't be bullied and I won't be intimidated," said Haney who filed a report with the Cumberland County Sheriff's Office.

On Tuesday morning, Goodwin and Haney put up another PRIDE sign that Goodwin had made. This was the fourth sign. They put it in the same spot.

"There are so many people that look at that sign and it gives them hope and it makes them feel like they're apart of the community," Haney said.

It's the reason Goodwin made and put up the PRIDE sign in the first place.

He added, "I'm going to keep putting it out there as long as it takes."

Two deputies and a criminal investigator from the Cumberland County Sheriff's Office are investigating these incidents. Once their investigation is complete it will be handed over to the District Attorney's Office.