Kennebec County District Attorney Maeghan Maloney said Silva had marijuana in his system at the time of the crash and that he was going 85 mph in a 40 mph zone. 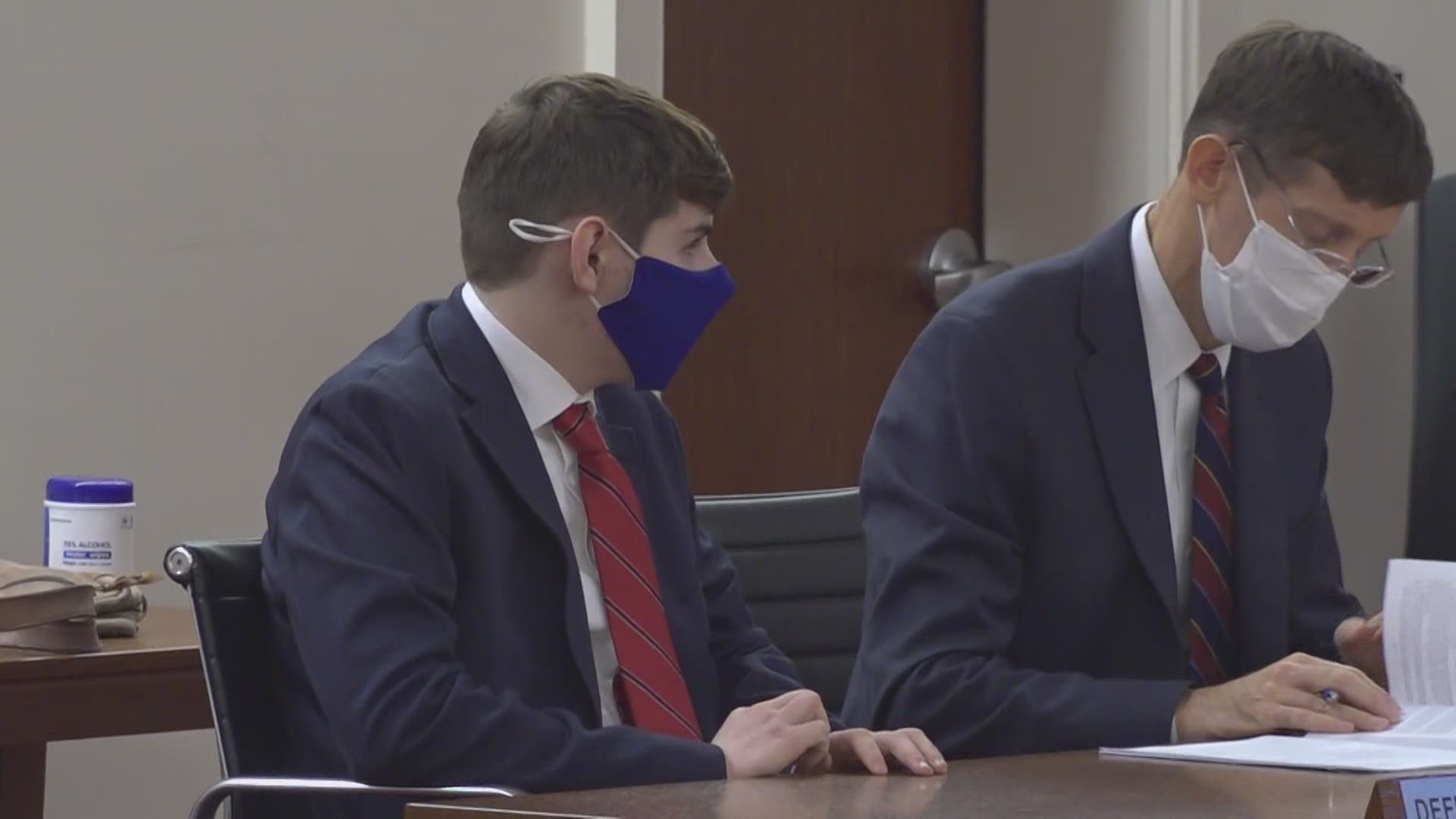 AUGUSTA, Maine — The teenage driver in a deadly Clinton crash that happened in February pleaded guilty to manslaughter Friday. Timothy Silva, 17, of Clinton appeared in the Capitol Judicial Center in Augusta. He was 16 years old at the time of the crash.

Silva is being charged as a juvenile for manslaughter but as an adult for other charges including driving to endanger, driving without a license, and criminal speeding.

Three teenagers lost their lives in that crash while Silva was driving: 14-year-old Emily Baker, her 12-year-old sister, Ashlin Baker, and 15-year-old Thomas Porfirio. Only Silva and another 12-year-old female survived.

On Friday, Kennebec County District Attorney Maeghan Maloney said Silva had marijuana in his system at the time of the crash, although Silva's attorney disputed that claim. Maloney also said Silva was going 85 mph in a 40 mph zone. She argued that Silva should be sentenced to a youth facility until the age of 21.

Silva will go home Friday under the same house arrest conditions he’s been under. His sentencing will be scheduled for a later date.

Maloney says she thinks Silva should be sentenced to a juvinelle detention center, not an adult facility #NEWSCENTERmaine

Family members of the victims were visibly emotional while speaking in court Friday.

The mother of Emily and Ashlin Baker is now addressing the court. Both her daughters were killed in the crash #NEWSCENTERmaine

“I asked my sisters to make sure that my 88-year-old mother didn’t hear it on the news,” Tommy’s mother said #NEWSCENTERmaine

Silva's mom, Heidi Silva, also spoke to the court on Friday. She told the judge she wants her son to be able to move on and get his GED and a job. Silva's attorney, Walter McKee, said that his client has been experiencing survivor's guilt as well as depression since this accident. McKee added that Heidi's car had been vandalized after the accident.

Following an investigation, police said that Silva did not have a driver's license at the time of the crash. The group apparently got together around 2:15 a.m. on February 9 for a drive that lasted about five hours. It ended on Hinckley Road, about two miles from downtown Clinton, when Silva's car apparently struck a patch of ice and then hit a large tree.

In October, friends and family of Thomas Porfirio protested outside Silva's home as a way of calling for justice for the victims.