Timothy Silva, 17, who plead guilty to manslaughter, was sentenced to a youth facility until the age of 21, the max sentence for a juvenile. 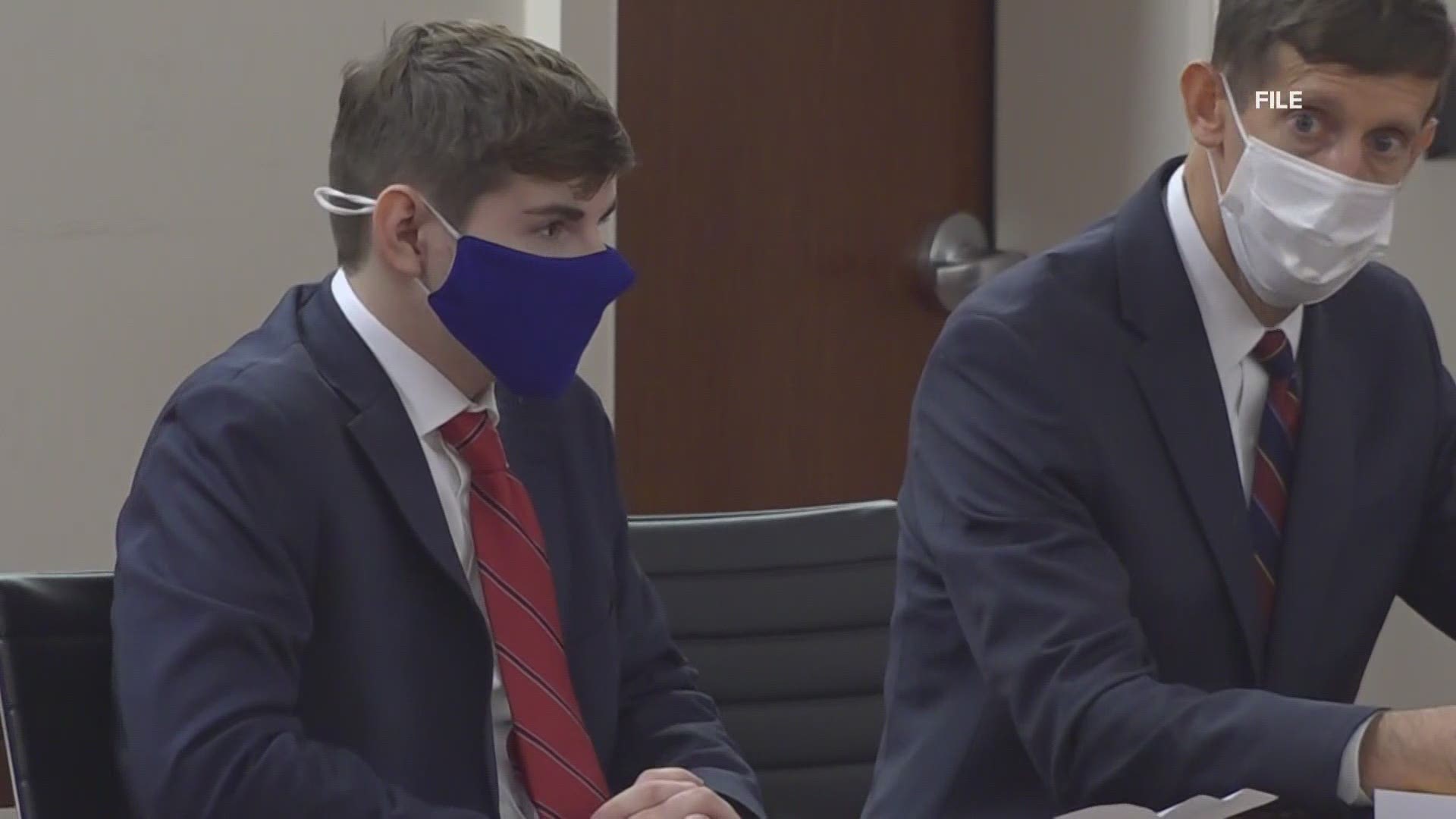 AUGUSTA, Maine — A Clinton teen has been given the max sentence after pleading guilty to manslaughter in connection with a crash that killed three in February.

Seventeen-year-old Timothy Silva, who was 16 at the time of the crash, will serve his sentence in a youth facility until the age of 21, which is the max sentence for a juvenile.

According to the juvenile laws here in Maine, Silva could be released before his sentence is up. Colin O’Neill with the Maine Department of Corrections (DOC) says juveniles are sentenced to a maximum release date, which means the longest Silva could be behind bars would be his 21st birthday. O’Neill says if an inmate is doing well, they can get out.

"You can see it based on their behavior, how well they’re following directions," O'Neill said.

While Sheila Porfirio, one of the victim's mothers, knows that Silva could get out early, she hopes that's not the case. She does say she is pleased with the maximum sentence.

"I just wanted to say that I am thankful that judge dow made the right decision and realized anything other than the maximum sentence would not give the victims and their families the justice they deserve," she said.

Kennebec County District Attorney Maeghan Maloney confirmed the sentencing with NEWS CENTER Maine on Friday, which she says was announced via memo by the judge on Friday.

Silva was charged as a juvenile for manslaughter but as an adult for other charges including driving to endanger, driving without a license, and criminal speeding.

Maloney said Silva had marijuana in his system at the time of the crash and that he was going 85 mph in a 40 mph zone, although Silva's attorney disputed that claim.

Three teenagers lost their lives in that crash while Silva was driving: 14-year-old Emily Baker, her 12-year-old sister, Ashlin Baker, and 15-year-old Thomas Porfirio. Only Silva and another 12-year-old female survived.

Silva has been under house arrest since June when he was formally charged, and will be committed to Long Creek Youth Development Center for his sentence at 9 a.m. on Dec. 10, Maloney said.

Silva's attorney, Walter McKee, released a statement to NEWS CENTER Maine after the sentencing: “While it was good that Tim was not forced to face adult criminal consequences for this accident, he never should have been ordered to be locked up at Long Creek until he is 21. Obviously Tim and his family were very disappointed here. The juvenile criminal statutes clearly compelled a far different result.”