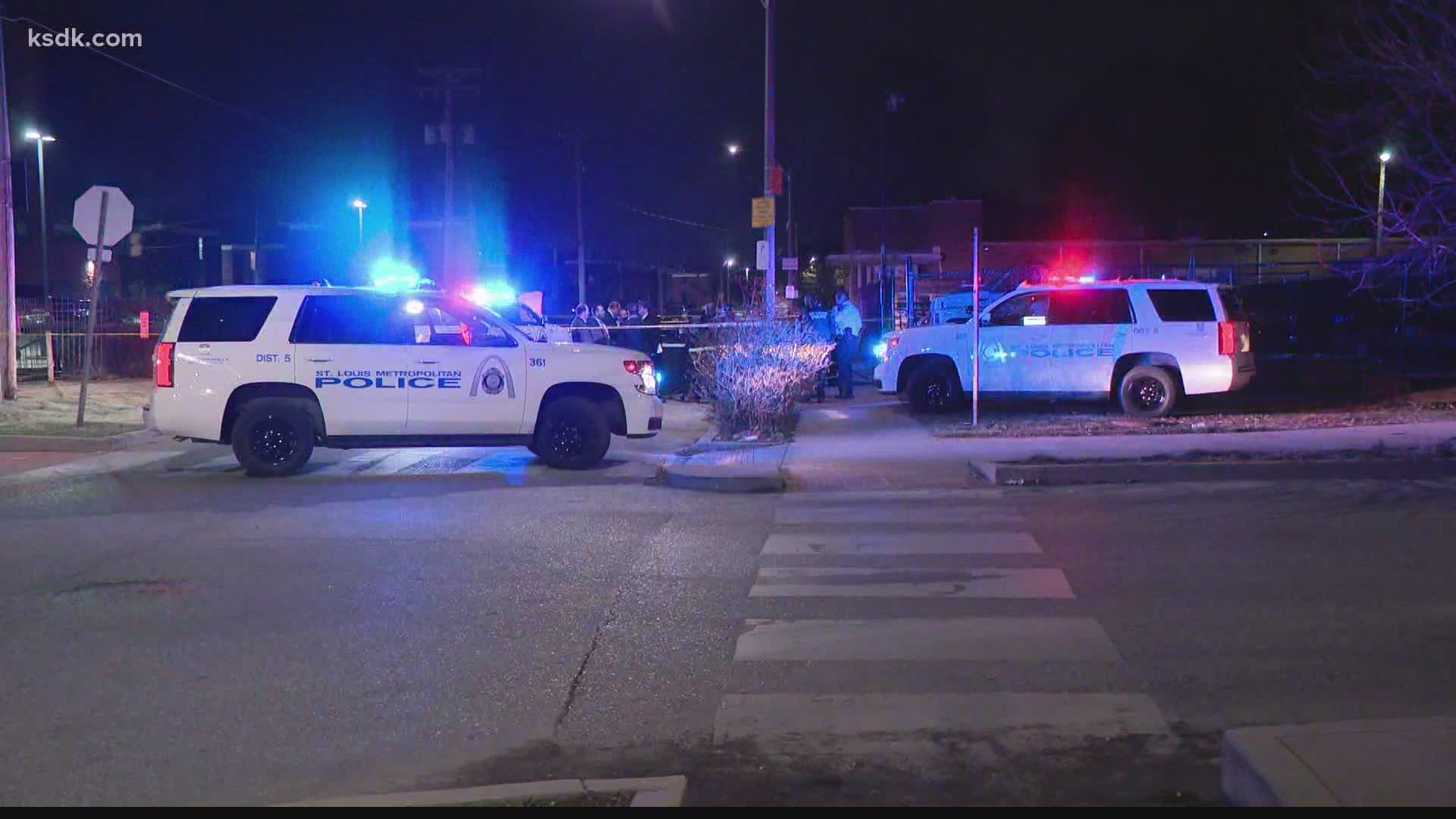 ST. LOUIS — A 14-year-old boy was killed after being shot in the head in St. Louis' West End neighborhood Monday evening.

Police said they were called to Etzel Avenue near the intersection of North Skinker Parkway at around 5:25 p.m. When they arrived, they found the victim shot in the back of the head. He was pronounced dead at the scene.

On Tuesday, he was identified as Kathon Moore.

Little information was available on scene, a situation that frustrated Lisa LaGrone.

"Where is Chief Hayden at? Where is Mayor Krewson at?," she asked, arms wide motioning to the empty space in front of her. "This community needs some help. These kids need a voice. When you live in hopelessness, it's all you get. Look around. Look around. This is hopeless."

Early Tuesday morning police confirmed to 5 On Your Side that the victim was a 14-year-old boy.

Anyone with information is urged to call the Homicide Division directly at 314- 444-5371, or anyone with a tip who wants to remain anonymous and is interested in a reward can contact CrimeStoppers at 866-371-TIPS (8477).

This is the second child to be fatally shot in the City of St. Louis in the last 24 hours.

At around 10 p.m. on Sunday, a 9-year-old boy was sitting in the back seat of his mother’s car when two people began shooting at the car, hitting the boy in the chest. The boy’s mother and friend took him to a hospital where he was pronounced dead.

Monday morning he was identified as Caion Greene.

Police are trying to determine if it was a case of mistaken identity, a source told 5 On Your Side.

Eight children have been shot and killed in St. Louis in 2021.