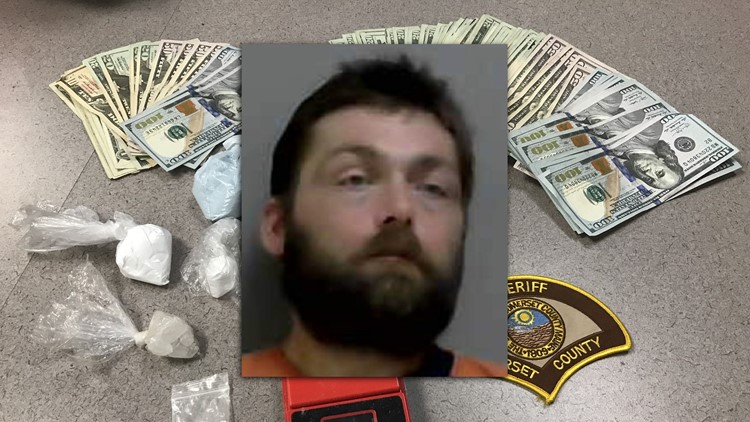 SKOWHEGAN, Maine — A Skowhegan man was arrested Wednesday on charges of possessing and trafficking fentanyl, the county sheriff's office said.

A team of nine deputies, a state drug agent and a local detective executed a drug search warrant around 7 a.m. at a residence on Hill Top Drive in Skowhegan. A resident, Jason Keaten, was stopped nearby in his car.

In two other searches of the residence and a separate vehicle at the residence, Sheriff Lancaster said they found loaded needles with fentanyl, as mall bag of fentanyl, cutting agents used for fentanyl, more drug-related paraphernalia, digital scales and $3,020 in cash.

The 39-year-old was taken to Somerset County Jail, where as of Wednesday afternoon he remained, with bail set at $50,000 cash.