Shot dead after a hit and run: A witness accused of murder; the victim may have been in diabetic shock

A judge ruled Tuesday there was probable cause to proceed with the prosecution of 21-year-old Hannah Payne. 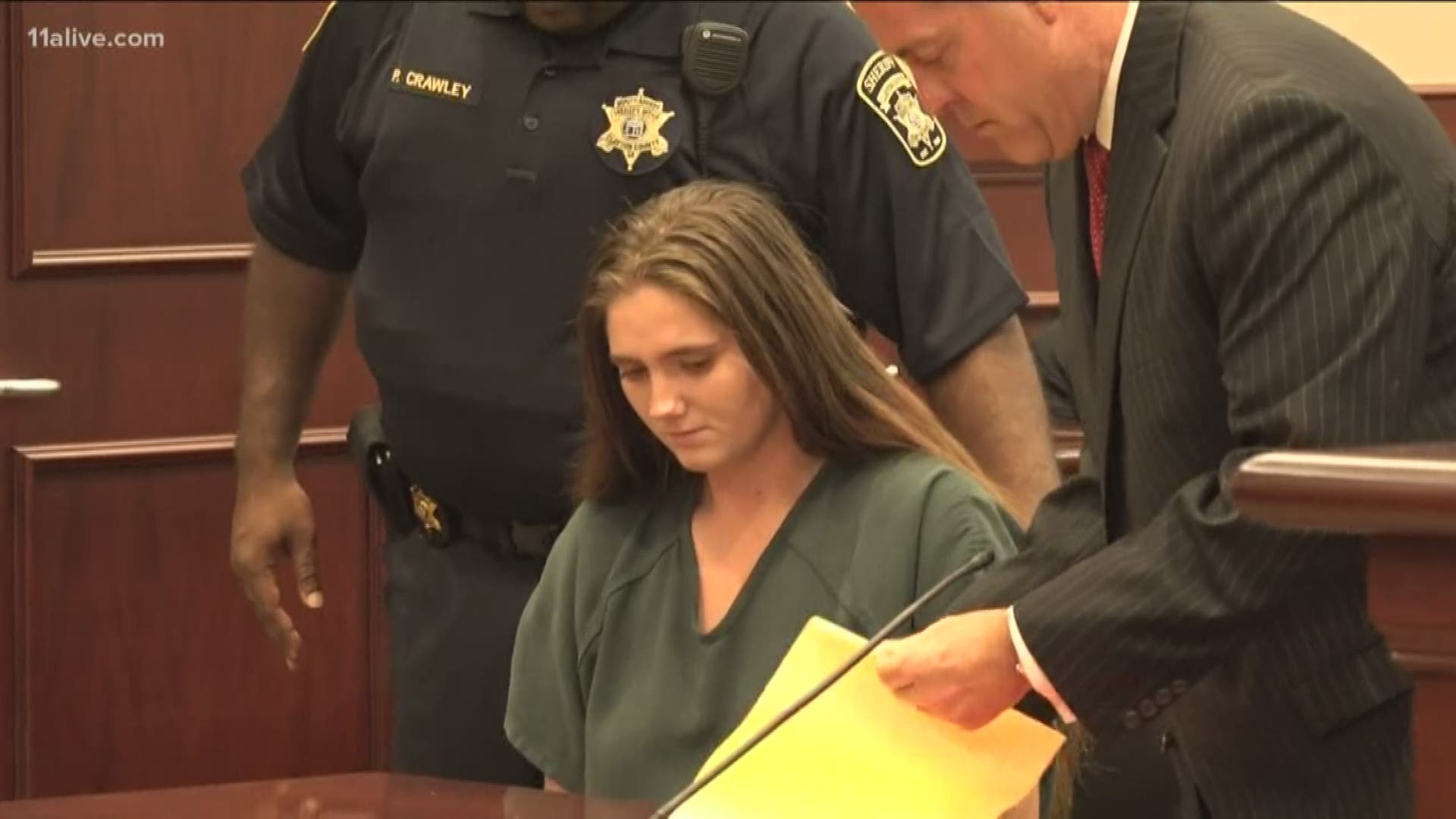 CLAYTON COUNTY, Ga. — A woman who pursued a man after a hit-and-run earlier this month allegedly told him, “Get out of the f*** car, I’m going to shoot you,” before she shot and killed him, a detective testified at a preliminary hearing Tuesday.

Clayton County Magistrate Court Judge William H. West ruled there was probable cause for the prosecution to proceed in the murder case against 21-year-old Hannah Payne, who is accused of killing 62-year-old Kenneth Herring after he left scene of a traffic collision on May 7.

Herring left the scene that day appearing to be in the middle of a medical emergency described by a witness as “probably like diabetic shock,” Clayton County Police Detective Keon Hayward testified.

“He was disoriented, he was asking what happened, who hit me, what’s going on," Keon described.

Payne, who was not involved in the accident, followed Herring and blocked his car at an intersection roughly a mile down the road, where she confronted him and told him to return to the crash scene, and pulled a handgun on him; moments later, her attorney says, an altercation between Payne and Herring ended in her handgun discharging, fatally wounding Herring.

Defense attorney Matthew Tucker characterized it as an act of self-defense in the course of a citizen’s arrest. Clayton County District Attorney Tracy Graham Lawson said that was a dubious claim, if for no other reason, she said, than Georgia law allows for "citizen's arrest" only if the citizen witnesses a felony; the collision, Lawson said, was a misdemeanor traffic offense.

“You cannot claim self-defense and use deadly force unless you’re not the initial aggressor – she is,” she said. “I guess she thinks she’s the police or wants to be a police officer … she’s blocked him in and he has nothing [he is unarmed], and then she shoots him.”

Herring’s wife, Christine Herring, and activists who accompanied her at a press conference after the proceedings, decried it as a vigilante killing and compared it to the death of Trayvon Martin at the hands of George Zimmerman. Payne is white and Herring was black.

Detective Hayward also testified that Herring remained on the scene of the accident for about 18 to 20 minutes before leaving.

Hayward testified about detectives' interviews with four different witnesses who all described Payne approaching Herring’s car and “repeatedly striking” him through the open, driver's side window as he sat behind the wheel before the gun was fired.

When she picked the phone back up, she told the 911 operator, “He just shot himself with my gun,” Hayward testified.

Tucker portrayed Payne as someone trying to follow instructions who was originally given “mixed communication” by the 911 operator – to stay at the scene but also get the vehicle tag number as Herring left. He also said she had a ripped shirt, scratch marks on her chest and arms--which Det. Hayward described as redness, not scratches--and a welt above her eye, arguing she was not necessarily the aggressor.

“Throughout this whole event Ms. Payne was compliant, she stayed at the scene, she got on 911,” he said. “She did everything she felt she needed to make sure that this hit-and-run was handled properly and that her actions were handled properly.”

Under questioning from Tucker, Hayward said he does not yet have the results of crime lab tests to determine whether Payne's skin was found underneath Herring's fingernails, or whether Herring's palm prints or fingerprints were found on Payne's handgun.

Herring’s wife described him as a grandfather of three who was a “hardworking man, a good grandfather, a good husband, just a good person all around.”

She said she knows something medically-related must have happened to him.

“I know he was having a diabetic episode. Because he don’t just run off the scene," she said. "I knew he was trying to get to a hospital.”

Herring said she just wants justice for her husband.

“I believe she’s gonna be found guilty cause everything points to her,” she said. “She was the one following the man a whole mile, and then shot him ... she was trying to act like the police.”

Christine Herring added that she didn’t understand why Payne had killed her husband.