Protest held for victims of February crash in Clinton

Loved ones of Thomas Porfirio held a protest outside the home of Tim Silva on Saturday, months after a deadly crash killed three teenagers. 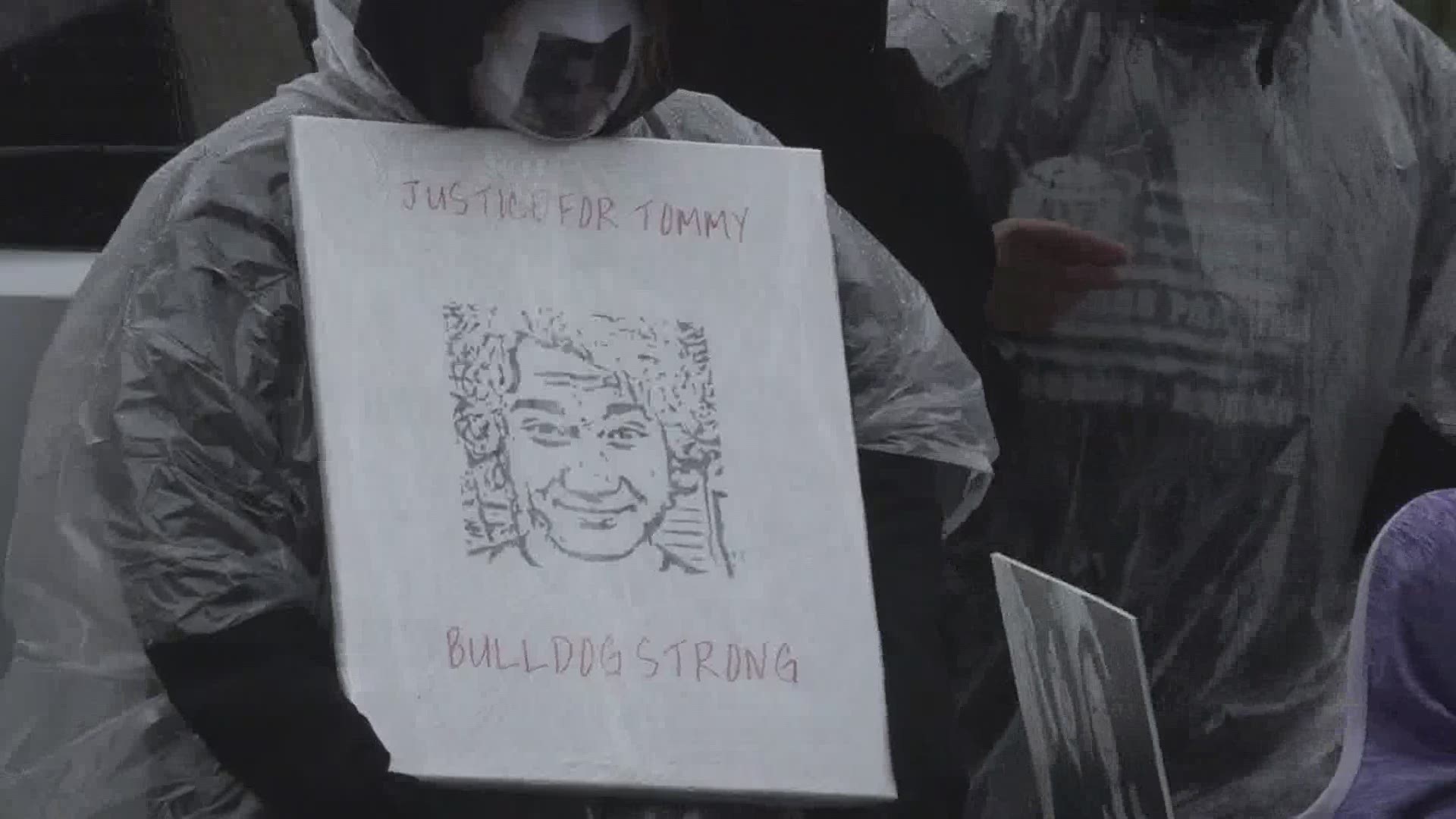 FAIRFIELD, Maine — On Saturday morning, friends and family of Thomas Porfirio gathered outside the home of Tim Silva.

Silva is being charged with three counts of vehicular manslaughter, reckless conduct with a dangerous weapon, and driving to endanger.

The protesters will be asking for justice for 15-year-old Porfirio as well as 14-year-old Emily Baker and her 12-year-old sister Ashlin who died in a February accident in Clinton.

Kennebec District Attorney Maeghan Maloney told NEWS CENTER Maine in June that she believes there will eventually be a guilty verdict for Silva.

Loved ones want Silva to be tried as an adult.

"He did an adult crime, he needs to do adult time," Stephanie Carver said. Carver's daughter, Destiny, was Porfirio's girlfriend when he died.

Carver says her daughter is having a hard time with the whole situation and she's not the only one. Porfirio's mom, Sheila is still struggling too.

"It's been a mother's nightmare. School started without him and baseball started without him. I'm finding it hard to function I haven't been back to work. He was my 40th birthday surprise and the best thing that's ever happened to my family," Sheila Porfirio said.

"He's shown no remorse whatsoever," she said. "[He just keeps making jokes, 'I got the keys back. I won't crash this time'."

Sheila Porfirio called house arrest in the state, "a joke."

"He's [Silva] been seen repeatedly out in public," Sheila said.

“I am disappointed in the judge’s decision especially when this kid had no remorse for what he did," Tony Porfirio, the father of Thomas, said after Silva's detention hearing in June.

Silva is being tried as a juvenile, and protestors say they think Silva's attorney is going to try to get him a probation sentence instead of jail.

"And just like if he's put on probation, he's not gonna obey it," Sheila said.

A group of family and friends of Tommy Porfirio are protesting outside the home of Timothy Silva this morning. They are urging the court to give Silva a life sentence for a deadly crash in Clinton in February #NEWSCENTERmaine pic.twitter.com/cQqJVhp1mG

“Everyone has a right to protest. That is as American as it can get. But protesting in front of a person’s house like this was uncalled for. The place for this is at the court house, not the person’s house," McKee said in an email.

Protestors walked from the Fairfield Police Department to Silva'a home. It appeared there were extra police presence though there were no problems.