One of the Civil Rights Team's advisors said the students were upset about the vandalism but they went right back out to fix it, only to have it vandalized again 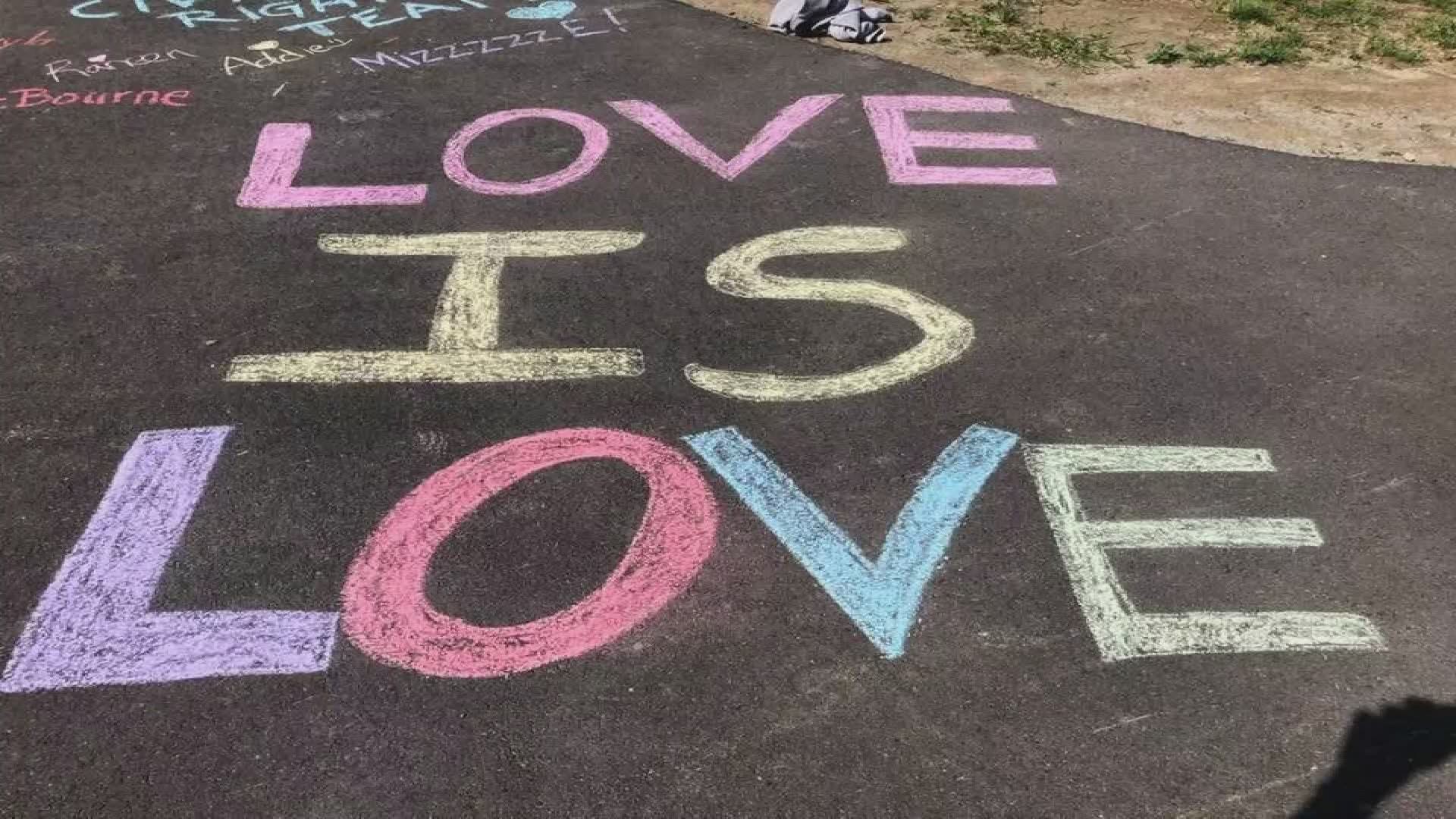 WINSLOW, Maine — What started out as a positive message from students to show support for Pride Month at a school in Winslow ended in vandalism.

The Civil Rights Team at the Winslow Junior High School created some beautiful chalk artwork to celebrate Pride on the walking paths at the school.

Advisors say the civil rights team works to prevent bias in all sorts of areas and sexual orientation is just one of the topics they take up. But when the team came back to school the next day, their art was covered with eggs and other ways of defacing the work.

One of the team's advisors, Lisa Ericson, said the students were upset about the vandalism but they went right back out to fix it, only to have it vandalized again, this time—written over with chalk.

"They were dismayed and upset and it was not me saying, 'Can we go out and do it again?' It was [the students] like 'Can we get the chalk? Can we get the chalk and go out and fix it?' 'Yes,'" said Ericson. "And so some of them come really early and so they were out there working for almost a half-hour before school the very next day fixing it and making it bigger, better, brighter."

Then, on Tuesday morning Ericson said the students asked if they could do it again. "And they did," she said.

Our great Civil Rights Team created beautiful artwork to celebrate Pride Month at WJHS. We are so very sad the most of...

The vandalism is being looked into by the Winslow Police Department and the AOS 92 Superintendent's office.

Ericson said, "It is unfortunate because this particular group is really into wanting everybody to feel included and safe and welcomed in our school community as all kids should be."