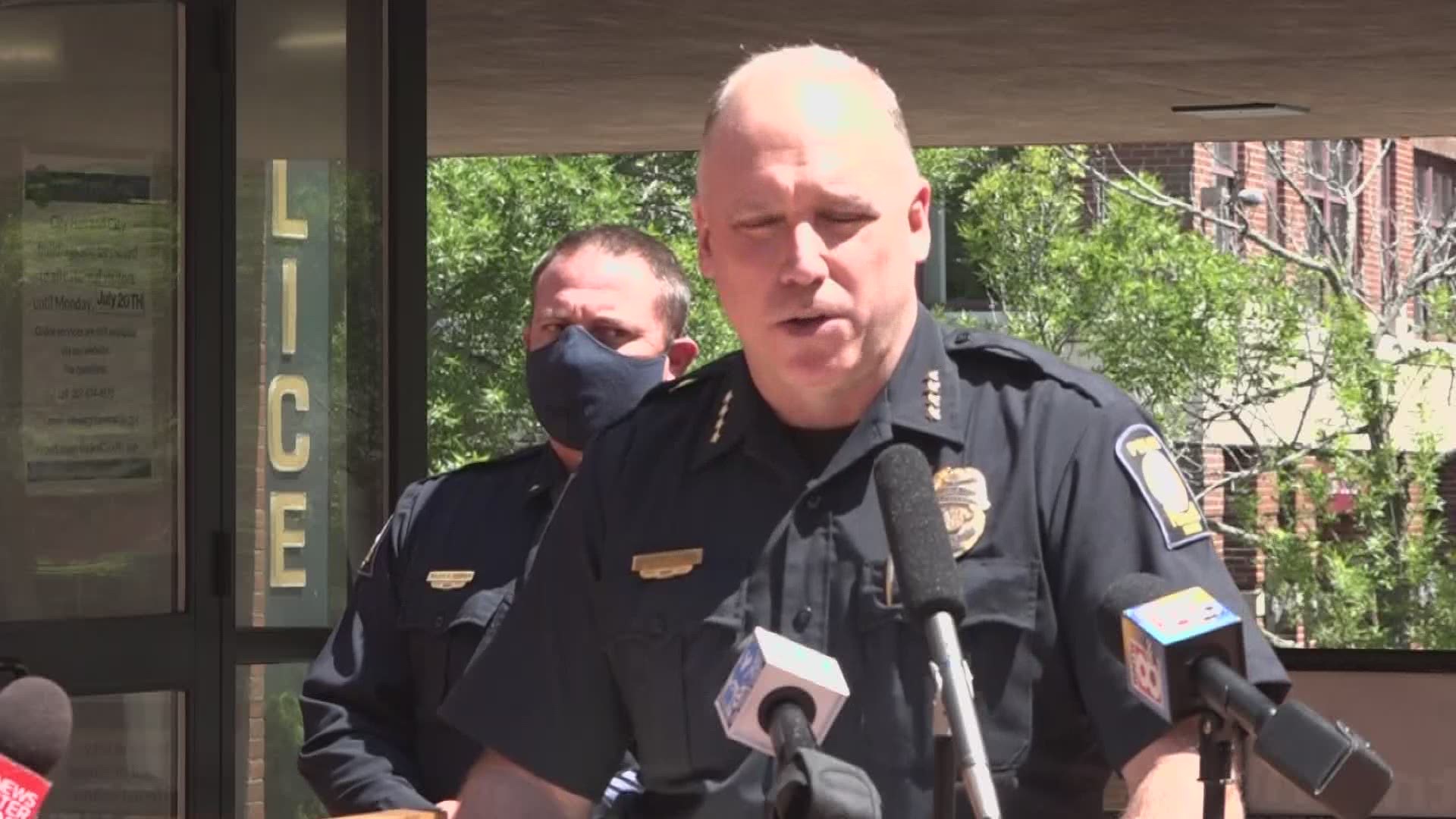 PORTLAND, Maine — The Portland Police Department is continuing to investigate shots fired into its parking garage on Middle Street Sunday night. Police say a person of interest has been identified but no charges have been filed in connection with the shooting yet.

Police say several shots were fired into the garage around 10:45 p.m. Sunday evening. One police officer was inside the garage at the time of the shooting, but no one was injured.

The Portland Police Department held a press conference Monday afternoon to give an update on the incident that hits close to home.

"I mean this is our house," Chief Frank Clark said. "Officers here and around the country have been targeted for wearing the badge, and what they represent. Just as recently as last night our officers were assaulted during the course of an arrest, in other words for doing their job."

Police said shell casings and bullet fragments were found on the pavement on Newbury Street between the Cumberland County Courthouse and the parking garage that's used by the police department. Police also recovered a firearm believed to have been used, and at this time believe there is no continued threat to the public.

Police reviewed surveillance video and a black sedan was seen driving between Federal Street and Newbury Street when several gunshots were fired from the vehicle and into the police parking garage. One vehicle was hit and bullet fragments were recovered from inside the parking garage.

The suspect vehicle continued on Newbury Street onto Pearl Street and then east on Middle Street where it passed the front of the police station before turning north on Franklin Street.

"Unfortunately, this is not the only incident targeting officers that has occurred over the past two weeks," Police said in the update on Monday. "Officers have come under attack several times -- recently having mortar type fireworks shot at them while responding to calls in the East Bayside neighborhood."

“Officers are being targeted for wearing the badge and for what they represent, yet they continue to answer the call,” Police Chief Frank Clark said. “As recently as last night, our officers were assaulted during the course of an arrest. Over the past week or so, while responding to calls for service here in the city, officers have been targeted with mortar type projectiles. This is senseless, dangerous, and unacceptable behavior and it must stop now before somebody is hurt.”

Anyone with information about the shooting is asked to contact the Portland Police Department at 207-874-8585.

RELATED: President Trump to hold an outdoor rally in Portsmouth next Saturday

RELATED: Rocket fired toward US Embassy in Iraq injures child