City leaders are calling on community members and businesses to display the pride flag in solidarity with the LGBTQ+ people targeted. 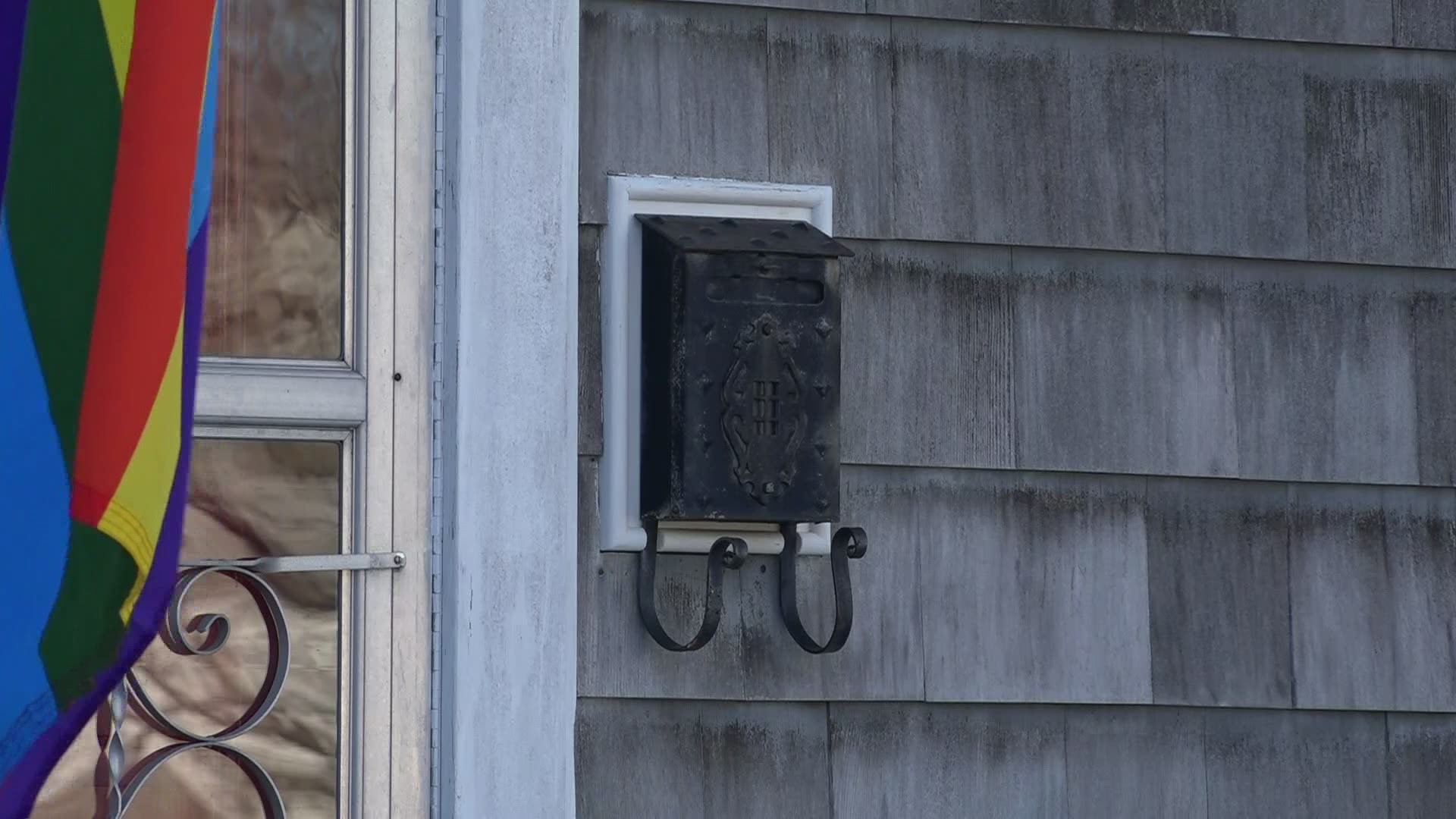 On Jan. 5, police said they received reports from three residents about threatening letters and since then, six more complaints—with two occurring in late October—have been made.

Stanton said she and her girlfriend received a letter in the mail this week with a satanic temple logo superimposed over a pride flag, followed by a homophobic slur.

"It's not something that I'm not accustomed to," she said, noting she was estranged from her family for being gay. "But still it's just surprising that really in 2021 this is something we're having to go through?"

According to police, the October mailings were sent to homes on Pinecrest Road and Brentwood Street and contained an invitation to an address on Capisic Street to discuss current political and social justice issues. The mailings were similarly addressed as the recent mailings

There were no threatening messages contained within these letters, but police said the topics to be discussed targeted multiple groups and “would be described as disconcerting.”

The letter named the family that lived at the Capisic Street address and said they would be hosting the event. These people were spoken with and there is no reason to believe they were involved in the mailing

Each of these homes had displayed either flags or posters supporting LGBTQ+ rights, Black Lives Matter, or a political candidate.

In each case, the letter was addressed to “Residents” with the correct address and no return address.

“The City of Portland is a very welcoming and tolerant community, yet we have zero tolerance for those who choose to spread hate and fear from the shadows,” Chief Frank Clark said. “We continue to investigate the source of these disconcerting letters, and are asking for the public's assistance in helping us pull back the curtain on the person responsible for these mailings.”

"We see you. We hear you. We're standing up for you, and we will work as hard as we can to prevent this from happening again," City Councilor Andrew Zarro said. Zarro has also urged city leaders to take action.

South Portland police said last week they are also investigating a similar incident at a home they believed is linked to Portland Police Department’s investigation.

City councilors in that city also signed onto a statement denouncing hate in their community.

"That is what is always so surprising to me is that folks want to instill fear and intimidation by using whatever means necessary," city councilor Jocelyn Leighton said. "But the reality is that it is here, and it that needs to be faced here."

Police are asking anyone that might receive a letter matching this description to not open it, limit handling of the letter, and contact your local law enforcement agency.

RELATED: A look at powerful social justice moments this year