Police: Woman attacked from behind, hit with club in Portland's West End 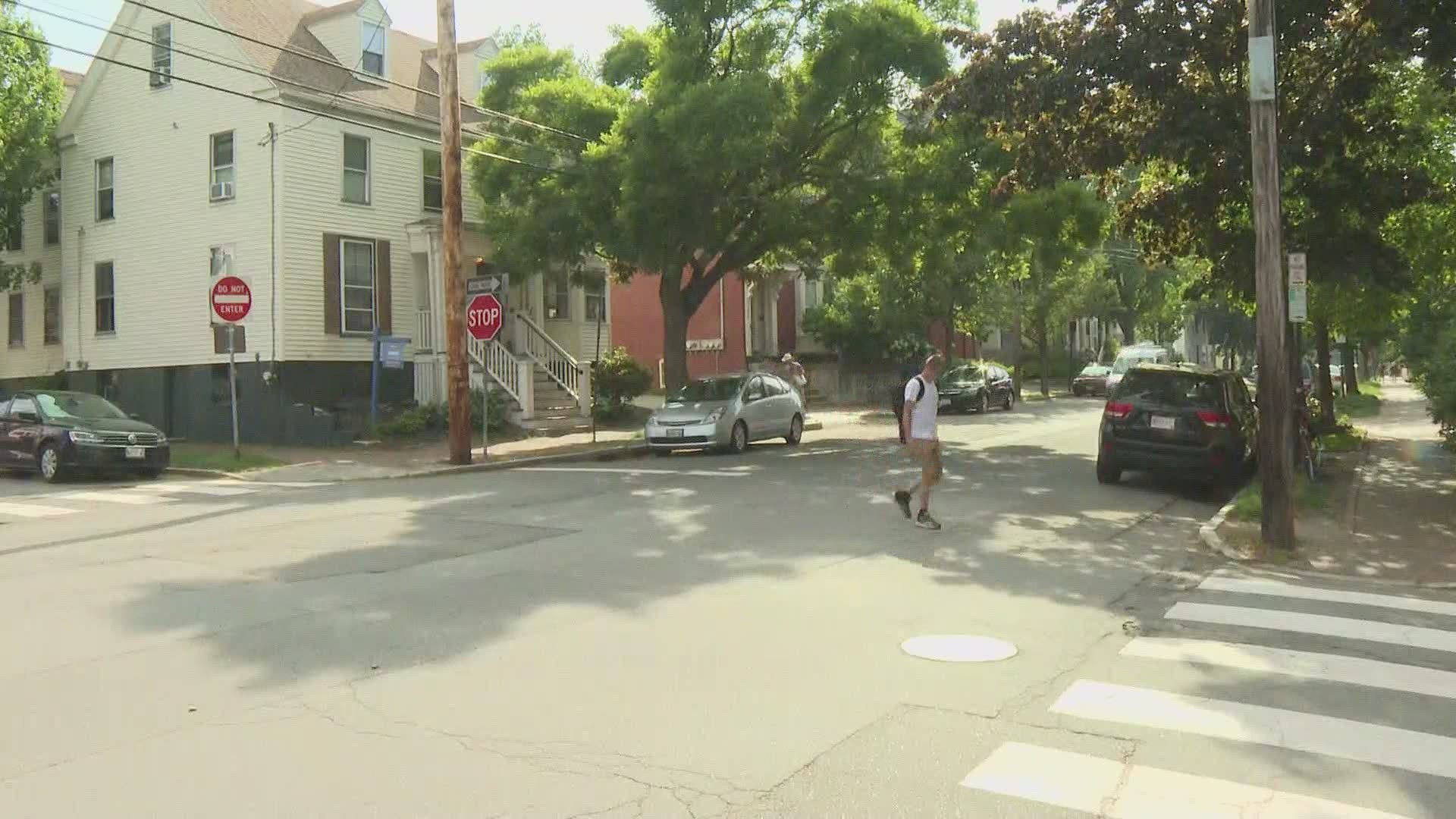 PORTLAND, Maine — The Portland Police Department said a 24-year-old woman was attacked from behind and hit with a club in Portland's West End on Tuesday night.

Portland police spokesman David Singer said officers were called to Brackett Street just before 10:30 p.m. The woman was treated at the scene and then taken to the hospital, according to Singer.

Singer said a witness to the attack said the suspect is a white man, about 6 feet tall, thin, and wearing a grey hoodie and a ball cap.

He was last seen running from the scene on Carleton Street.

"A woman walked by, she was minding her own business all by herself, and out of nowhere a man ran very quickly up behind her and clubbed her over the head," said Duffy.

"It all happened very quickly, didn't register, and then he went to swing again and that's when I got up and said 'hey, hey,' yelled, and approached him and he bolted down Brackett Street towards Maine Med and then bolted down Carleton Street," Duffy said.

Police ask any witnesses to the assault or anyone with information to call 207-874-8575.

On Wednesday evening, the West End Neighborhood Association hosted a community meeting. At the meeting, community members discussed safety in the area and were joined by a Portland police officer.

The officer on hand answered questions about self-defense and encouraged those in the community to take part in the department's Rape Aggression Defense Training.

Those in the community however are still on edge following the attack. Daron Cichon said she was the victim of an attack in Portland's West End outside of Congress Street apartment in October.

Cichon said she's also been frustrated with the response by law enforcement and feels resources have been provided to her slowly. Cichon added it's been challenging to change her routine to feel safe because of attacks happening at different times. Cichon said she was attacked in the early morning, but the most recent attack in the West End happened around 10:00 p.m.

"The only thing is I make sure I don't have headphones in and try to be aware of my surroundings as much as possible," Cichon said.

Portland police are advising those who walk alone to try and stay in well-lit areas and be alert of surroundings.