Police say leaving your car running with the door unlocked is an open invitation for thieves to steal your car. 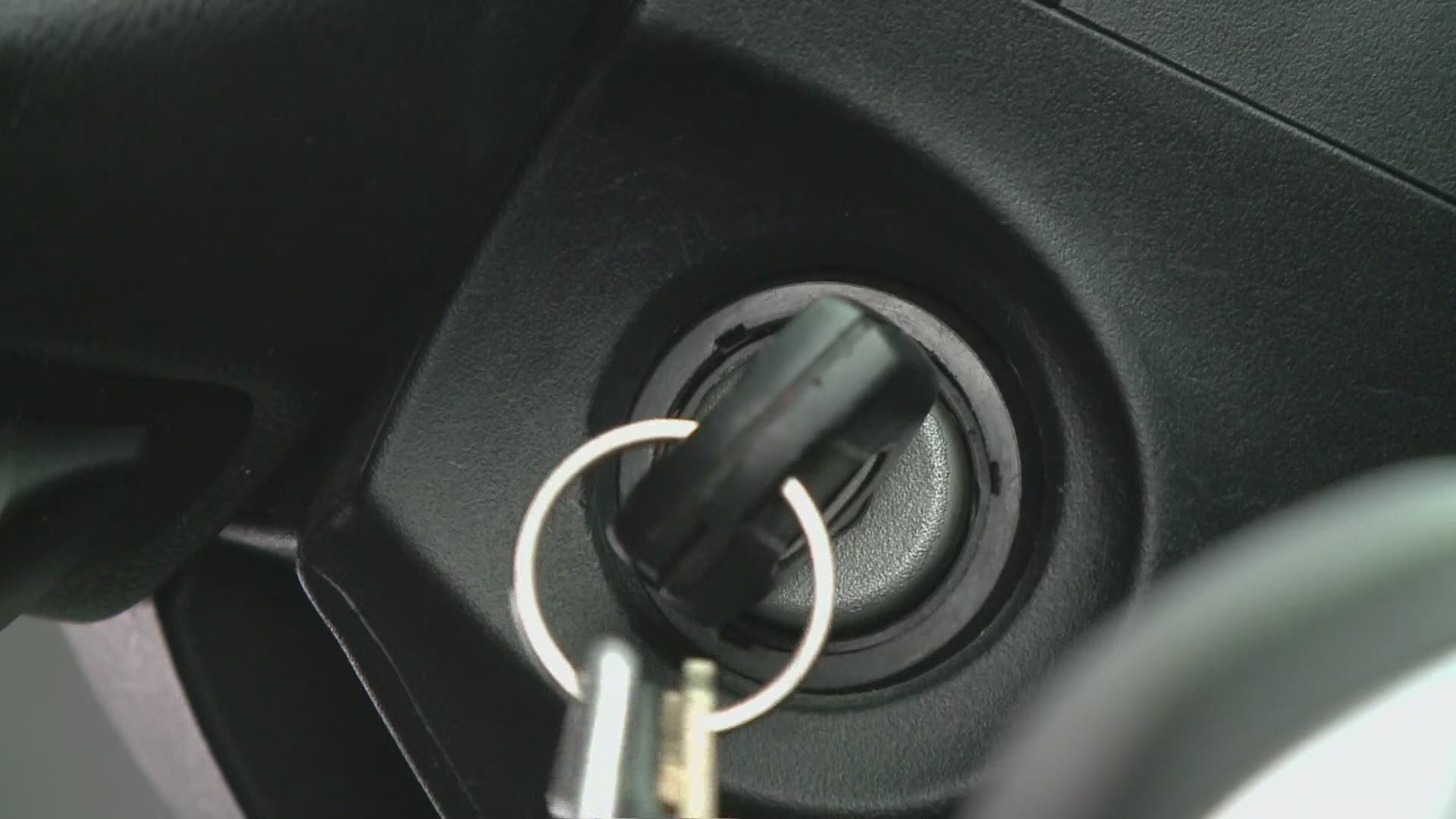 MAINE, USA — Nothing says "winter in Maine" like having to brave a cold car.

To avoid a cold car, many people will start their cars and leave them running with the keys in the ignitions while they run back inside their homes to stay warm.

This, unfortunately, can be a problem.

"There are inherent dangers of leaving your keys in your car running with the door unlocked," said Lt. Dave St. Pierre of the Lewiston Police Department.

St. Pierre says it's an open invitation for thieves to steal your car.

"Criminals are opportunists that will take that opportunity to get in your car and take off," he said.

The Bangor Police Department said Wednesday, Feb. 3 that since Jan. 1, they have received 11 stolen vehicle reports, many of which involved vehicles that were left unlocked with keys in the ignitions.

In addition to the thefts in Bangor, since Jan. 1:

"Someone walking by and sees a car running and it's unattended, whether you parked at 7-11 or your in your own driveway and you feel relatively safe, all it takes is a matter of a few minutes," said St. Pierre.

St. Pierre recommends a remote car starter or having an extra key so you can start your car and then lock it.