Lewiston PD Lt. David St. Pierre told NEWS CENTER Maine that they are reviewing video of the fight that was posted to social media. 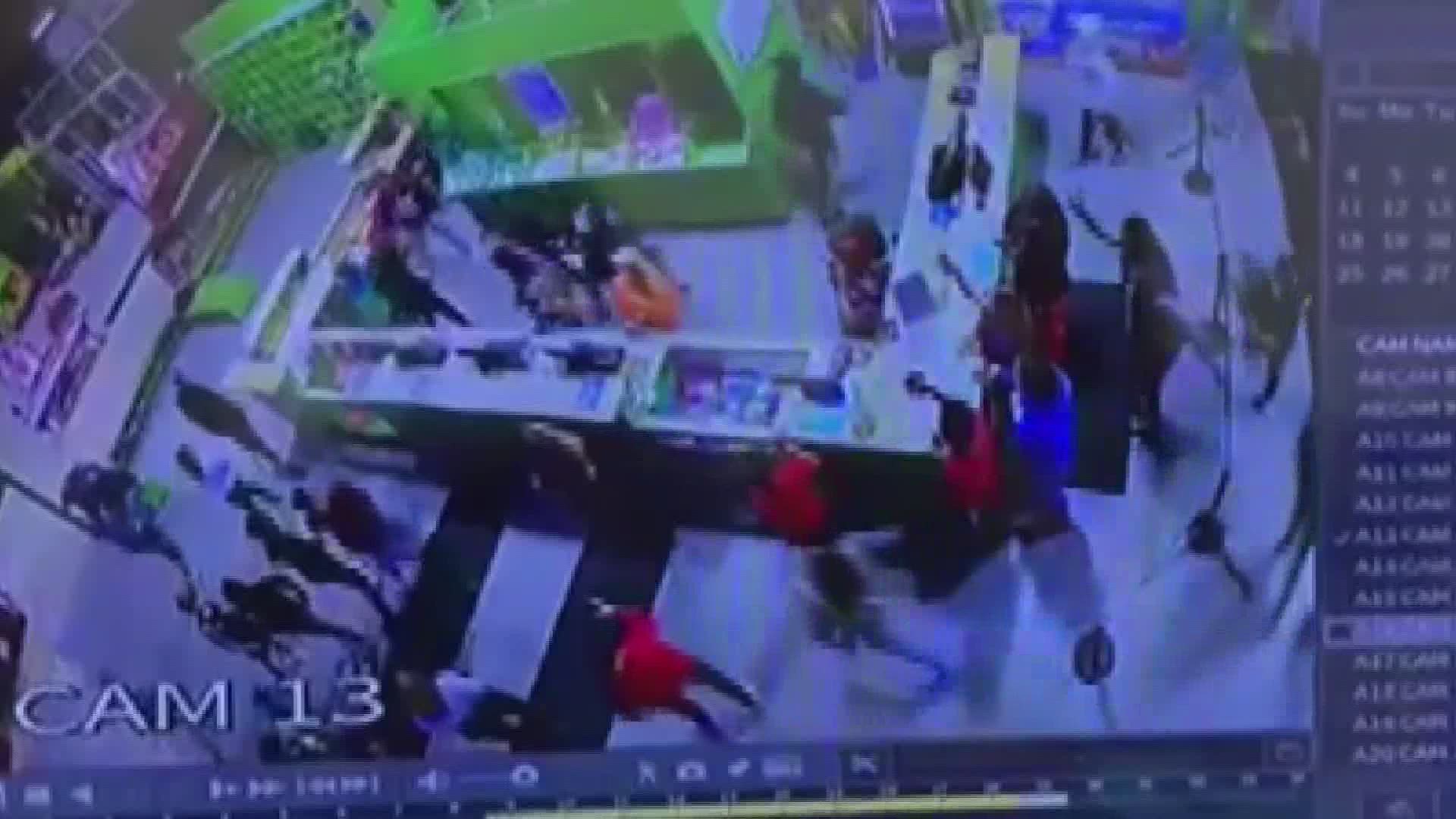 LEWISTON, Maine — Police are investigating a fight between teenagers outside of FunZ Trampoline Park on Saturday night.

According to Lewiston PD Lt. David St. Pierre, around 8:10 p.m., staff members called police to report “kids grabbing and punching at each other.” When officers arrived, the commotion was nearly over and several teens were leaving the area.

FunZ Trampoline Park closed early for the night because of the incident.

Lt. Pierre said police are aware that videos of the disturbance were posted on social media, capturing action both inside and outside the trampoline park. They are reviewing the video, and with the help of FunZ, are trying to identify those involved. Criminal trespass warnings could be issued if necessary.

FunZ Trampoline Park in Lewiston is changing rules and looking to add security after a fight between teenagers spilled into the business. Tonight at 11, hear from the park's general manager, and why some parents are considering taking their children elsewhere @newscentermaine pic.twitter.com/d4E06VRPLA

Robinson was inside of the building as the fight poured in. She says it happened in the middle of all-ages glow night at FunZ.

"There were two separate fights going on. One behind the counter, and the one on the other side of the counter, that I wasn't even able to get behind from the counter to control," said Robinson.

Lt. Pierre said it appears that some of the altercations outside and within the park were mutual fights, though there is a likelihood of aggressive behavior.  Police have heard from some parents who say they may file assault complaints.

Other parents from the area who have been to the park are now expressing reservations about returning.

"The thought of that honestly made me tear up, because I was like, that's scary," said Lewiston resident Taylor Washburn.

Washburn had taken her 1-year-old daughter to a birthday party at the park just hours prior to when the fight happened. Now, she says she'll avoid visiting the park again anytime soon.

"She doesn't even walk yet, so she was just crawling right where the fight ended up going in there," said Washburn.

Robinson says that the park is now looking into adding security to the building, and is working with Lewiston Police to increase patrols in the area.

FunZ will also now implement a policy requiring all patrons under the age of 18 to be accompanied by an adult.

As of Tuesday evening, nobody has been charged, Lt. Pierre said.

The investigation is ongoing and there is a possibility of charges being filed.