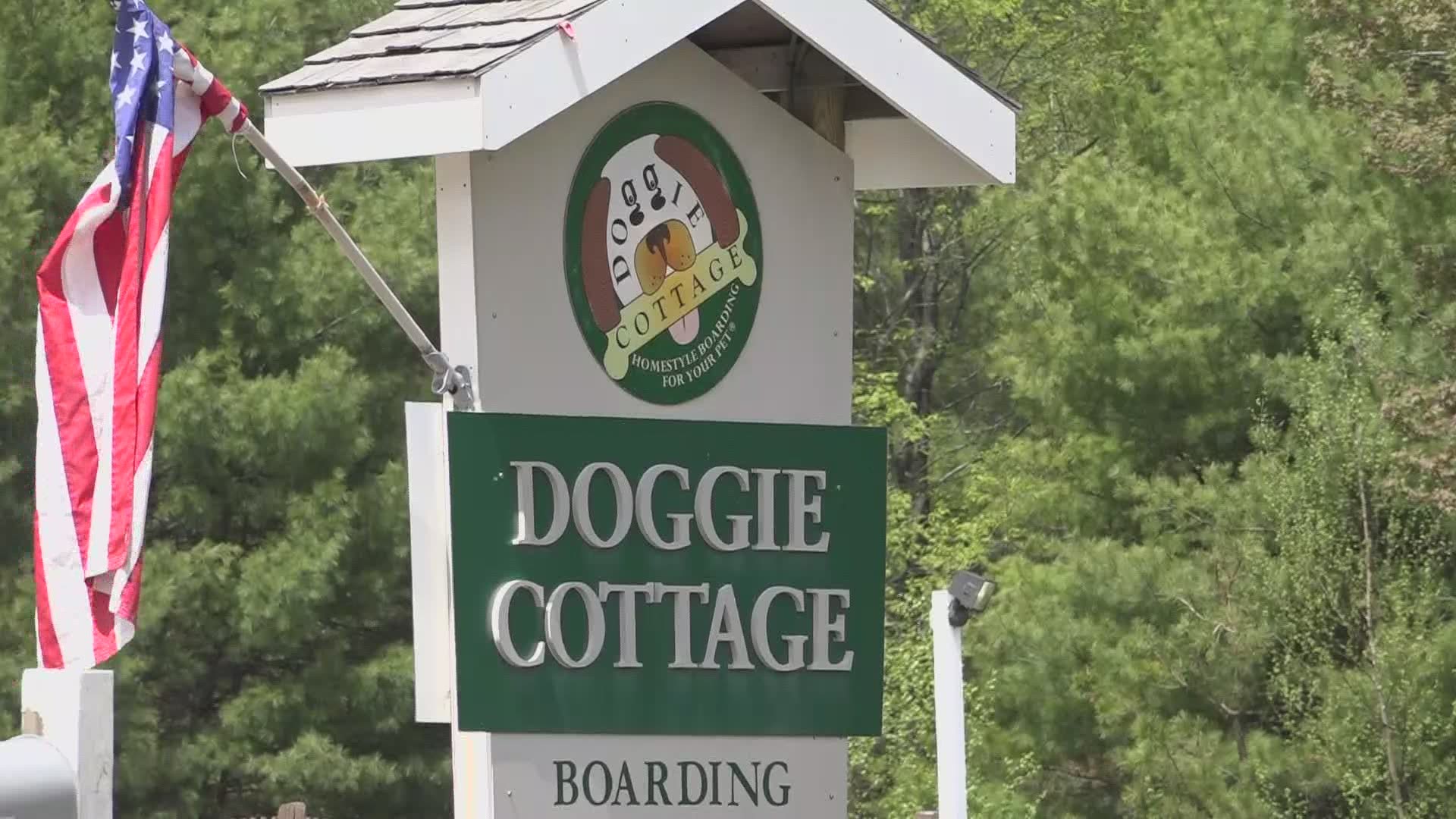 SCARBOROUGH, Maine — Scarborough Police are investigating allegations against a doggy daycare in town. This comes after a former employee started a petition to close the Doggy Cottage.

Samantha Larson worked at The Doggy Cottage in Scarbrough for eight months, she said she saw many different kinds of abuse during that time, her mom added she came home crying just about every day.

She said dogs were picked up by their necks, ears, and back legs, so she started the petition.

"I want something to be done. I want them to be charged with animal abuse and I want the place shut down," Larson said.

Since the petition started, she's heard from a number of former employees as well as people who bring their dogs there, like Kristin Foss, who brought her 1-year-old dog Harper there for the last year.

"It had been great, no concerns, Harper would go in wagging, excited," Foss said.

A petition started by a former employee of The Doggy Cottage in Scarborough calling for the doggy daycare to be shut down due to abuse allegations. I spoke to that former employee and she sent me this video #NEWSCENTERmaine pic.twitter.com/GAdciGuDSZ

But as these allegations came out, Foss learned Harper had gotten out one day and she wasn't notified.

"We got to doggy cottage Tuesday morning, asked to get harper, asked to speak to a manager and we spoke to the manager Sarah at the time and she did confirm that harper did get out on that day," she said.

Scarborough Police said this isn't the first time there's been a complaint into the Doggy Cottage. Last month a complaint was investigated by Scarborough PD and the state animal welfare department. That investigation has since been closed.

This week, two complaints have been filed and Scarbrough Police is now investigating.

Larson eventually left her job at the Doggy Cottage, "I just couldn't take it anymore," she said.

She said she hopes to see the Doggy Cottage in Scarborough, and its Gray location closed for good.

The owner of The Doggy Cottage told us that there have been recent changes to management due to these allegations, but added the facility is a 'first-class pet hotel' and that these allegations are false and he has been cooperating with law enforcement in their investigations.

The Doggy Cottage also responded to these allegations on its Facebook page.