The Local S6 strike entered its fifth day Friday with no clear end in sight. Union leaders and Bath Iron Works administrators have yet to further negotiate. 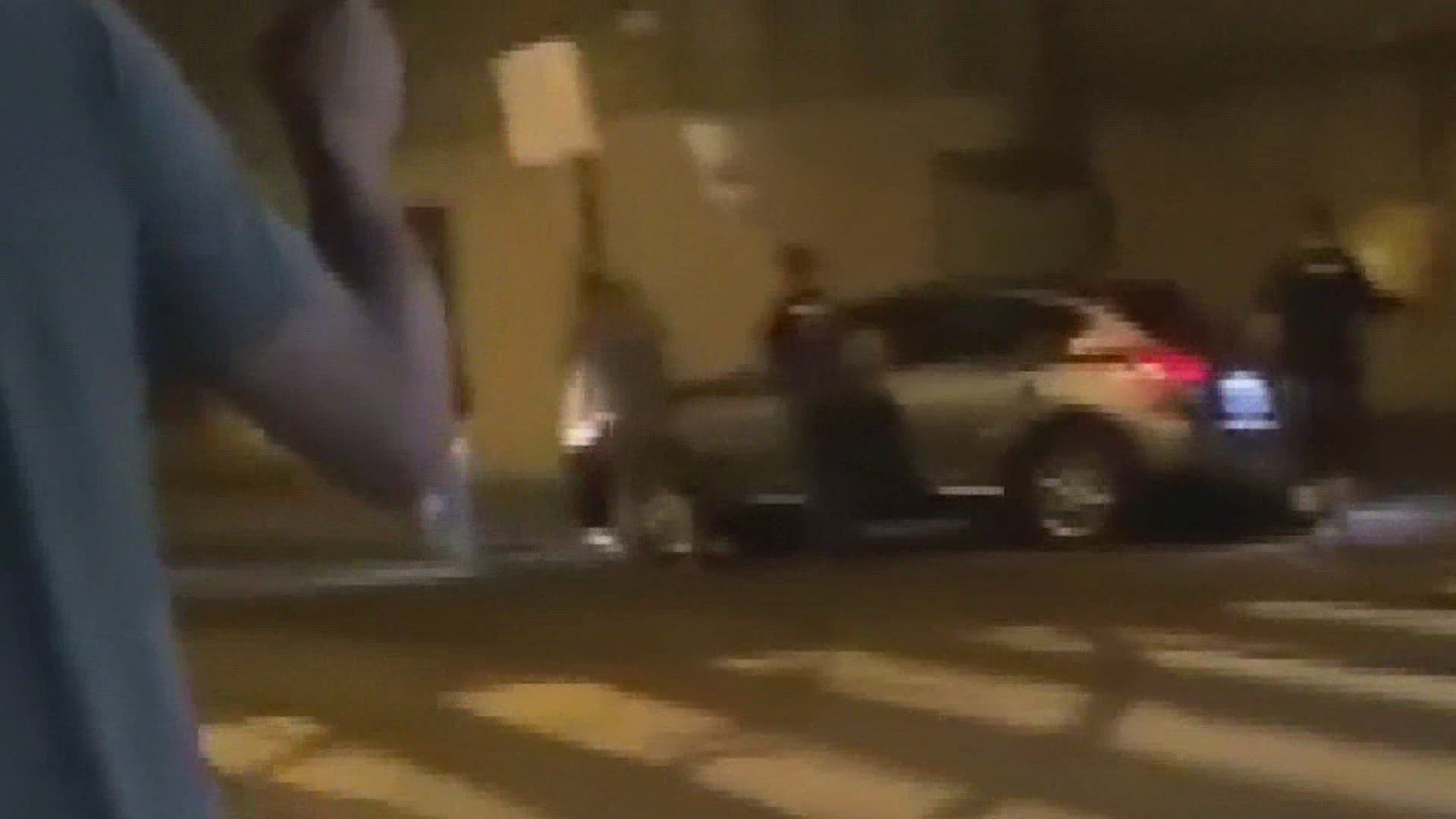 BATH, Maine — Bath Police Department is investigating an incident captured on video involving a car and a picketer at Bath Iron Works as a union strike drags on.

The video obtained by NEWS CENTER Maine and verified by police appears to show the car approaching picketers as the surround it, colliding with one person who falls to the ground.

"We've had a number of close calls with cars are entering and exiting and also motorists driving down Washington Street—instances of picketers jumping out in front of them with their signs," Deputy Chief Andrew Booth said.

Booth said the video currently being looked at is longer than the version being shared online and provides more context about what happened prior to the alleged collision.

RELATED: BIW union asking for federal mediator to step in and help with the differences

The controversy comes as tensions have been on the rise throughout the week.

Police have been handling a number of safety concerns over the last five days of demonstrations, including loud honking, trucks burning out, and speed on Washington Street that runs the length of the shipyard.

"The videos went kind of viral," Local S6 President Chris Wiers told NEWS CENTER Maine. "When something like that happens we tried to picket safely we've worked with the police department."

Daily conversations between Wiers and police have been taking place to ensure those on the picket lines are staying safe.

There are more than 4,000 members of Local S6, and in some cases, there can be hundreds of people picketing at a time.

"The goal at the end of the day is to keep the picketers and motorist safe," Booth said.

Negotiations between shipyard and union leaders are essentially at a standstill.

The issues of contention have more to do with subcontractors, work rules, and seniority than wages and benefits. The company’s three-year proposal would have given shipbuilders annual 3 percent pay raises.

That offer expired at midnight Sunday, initiating the strike.

Local S6 asked for a federal mediator to get involved Thursday to help force General Dynamics back to the table.

Jonathan P. Mason, senior director of human resources for Bath Iron Works, wrote Wednesday to the district office representing Local S6 of the Machinists Union that recent statements in the press indicated a willingness by the union to return to the bargaining table.

In a statement, the company argued that the contract proposed -- and rejected by the union -- was "fair" and "sets the yard up for future success."

"You give us a time and date and you want to talk about the whole contract we'll take about. If you want to continue to spread false narratives and continue to have the attitude you have...you better buckle up because we're in it for the long-haul," Wiers said.