Michael Pierce, 43, was taken to the Cumberland County Jail after troopers stopped his car in Falmouth just after 1 p.m. on Saturday. 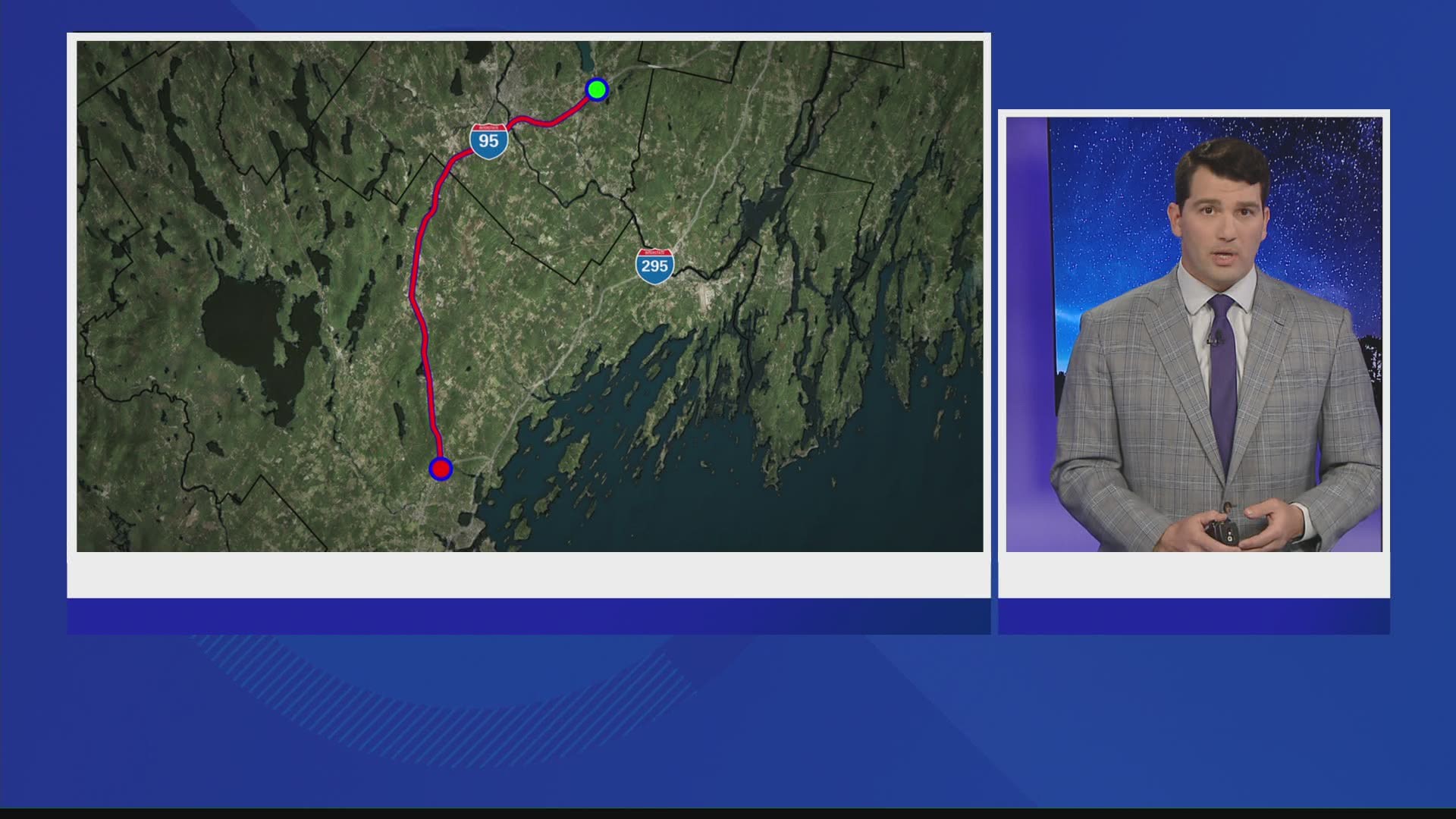 MAINE, USA — A Houlton man is facing a number of charges after a high-speed chase on the Maine Turnpike Saturday afternoon where, according to police, speeds reached 120 miles per hour.

Troopers said they began getting calls at 12:30 p.m. of a southbound vehicle driving erratically at high speeds. Troopers said they attempted to stop his car in Sabattus, but that he refused to stop and was passing other vehicles while weaving in and out of the breakdown lane.

Michael Pierce, 43, was taken to the Cumberland County Jail after troopers stopped his car in Falmouth just after 1 p.m.

Police said Pierce had two passengers in the car, which was registered in North Carolina. Pierce's passengers were not charged.