The district attorney's office says they will file a motion to revoke bail in the standoff case. 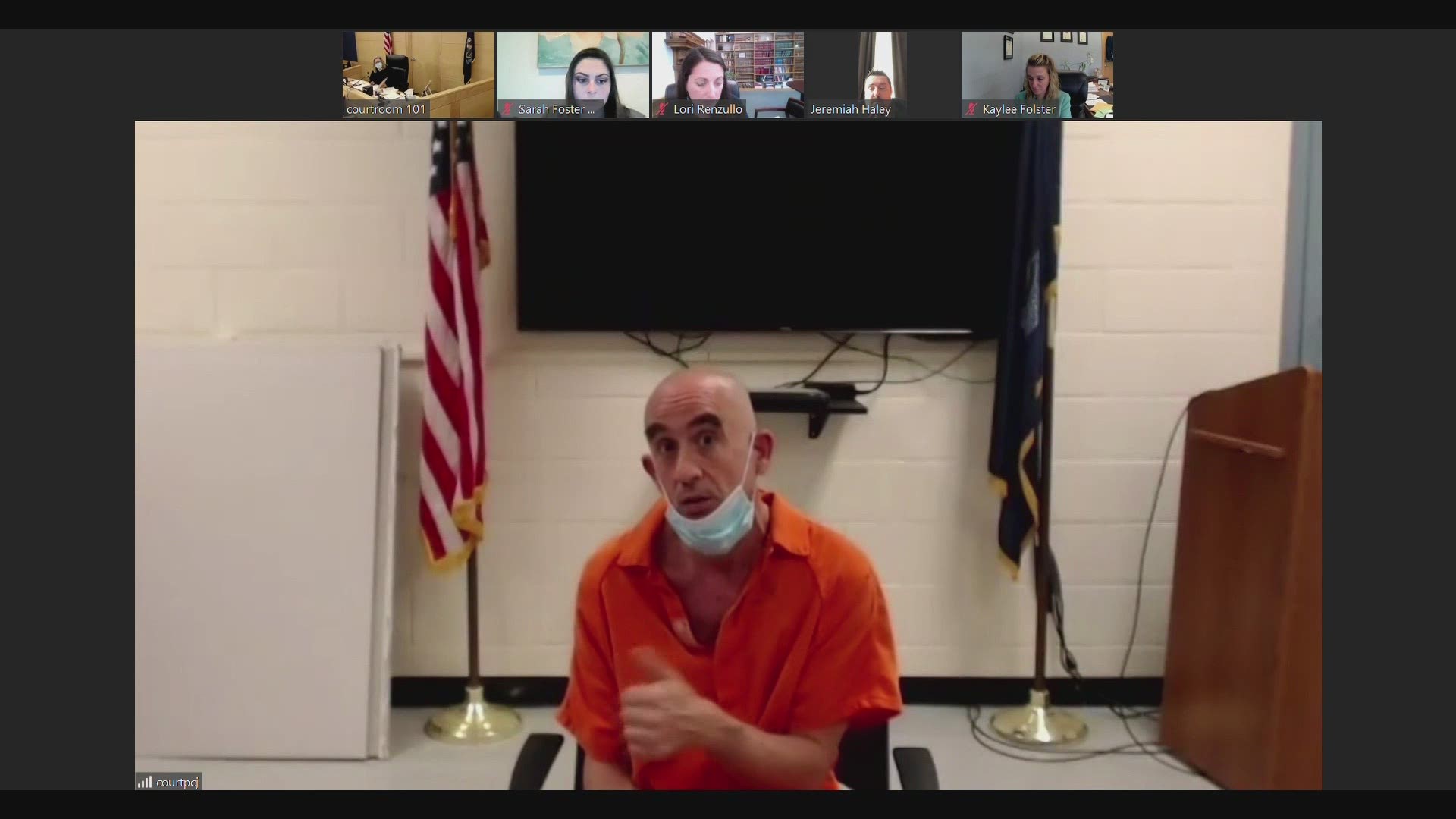 OLD TOWN, Maine — An Old Town man, who engaged in an 18-hour standoff back on June 14, 2021, was arrested on Thursday for possession of a firearm by a prohibited person.

Thaddeus Wind is in custody and will appear before a judge at 1 p.m. on Friday.

The Penobscot County District Attorney's Office says it will be filing a motion to revoke bail on Wind's standoff case.

Below is the timeline of the events that occurred after and during the standoff in Old Town as reported by NEWS CENTER Maine.

An Old Town man made his first court appearance since his 18-hour standoff with police Monday.

On Tuesday the judge revoked Wind’s bail and ordered a competency evaluation to verify his ability to stand trial.

Wind is scheduled back in court on August 3rd.

According to a press release from Old Town Police Deputy Chief Lee Miller, a person called to report that the tenant in apartment 2 was screaming for over an hour and appeared to be having a mental health issue.

Upon arrival, officials found Thadius Wind, 46, standing near an apartment window with a large sword over his head. Miller said he was trying to harm officers and appeared to be suffering from mental illness.

Officials learned Wind’s girlfriend was in the apartment, but he would not let her out. Eventually, police were able to make contact with her and get her out of the apartment safely, however; Wind refused to come out, so police evacuated the surrounding apartments.

By 2:00 p.m., Wind was taken into police custody without incident. He was first transported to a local hospital and then to the Penobscot County Jail.

Old Town Police have blocked off a section of Stillwater Avenue in Old Town as Maine State Police’s tactical team and crisis negotiation team negotiated with a man who has barricaded himself.

"No one else is in the apartment. Unsure what there is for weapons, there are some weapons in the house, but not sure exactly" Old Town Deputy Police Chief Lee Miller told NEWS CENTER Maine. "He's been communicating with them (Maine State Police). The situation started as a noise complaint from the neighbors and then escalated from there."

NEWS CENTER Maine's Alex Haskell is at the scene and reports that a man identifying himself as the Maine State Police talked over a PA system and asked a person to "come to the window with nothing in your hands and pick up the phone, we're trying to call you."

Penobscot Regional Communications Center says there is no danger to the public.

The section of road from Governor's Restaurant & Bakery to the United Methodist Church is affected.

Traffic is being rerouted in that area.

***PLEASE SHARE*** ***Stillwater Avenue in Old Town from Governors Restaurant to the United Methodist Church will be shut down for an ongoing police matter. Please seek an alternative route***