Portland, South Portland, and Westbrook detectives are trying to find the thieves who have burglarized more than a dozen businesses in the area recently. 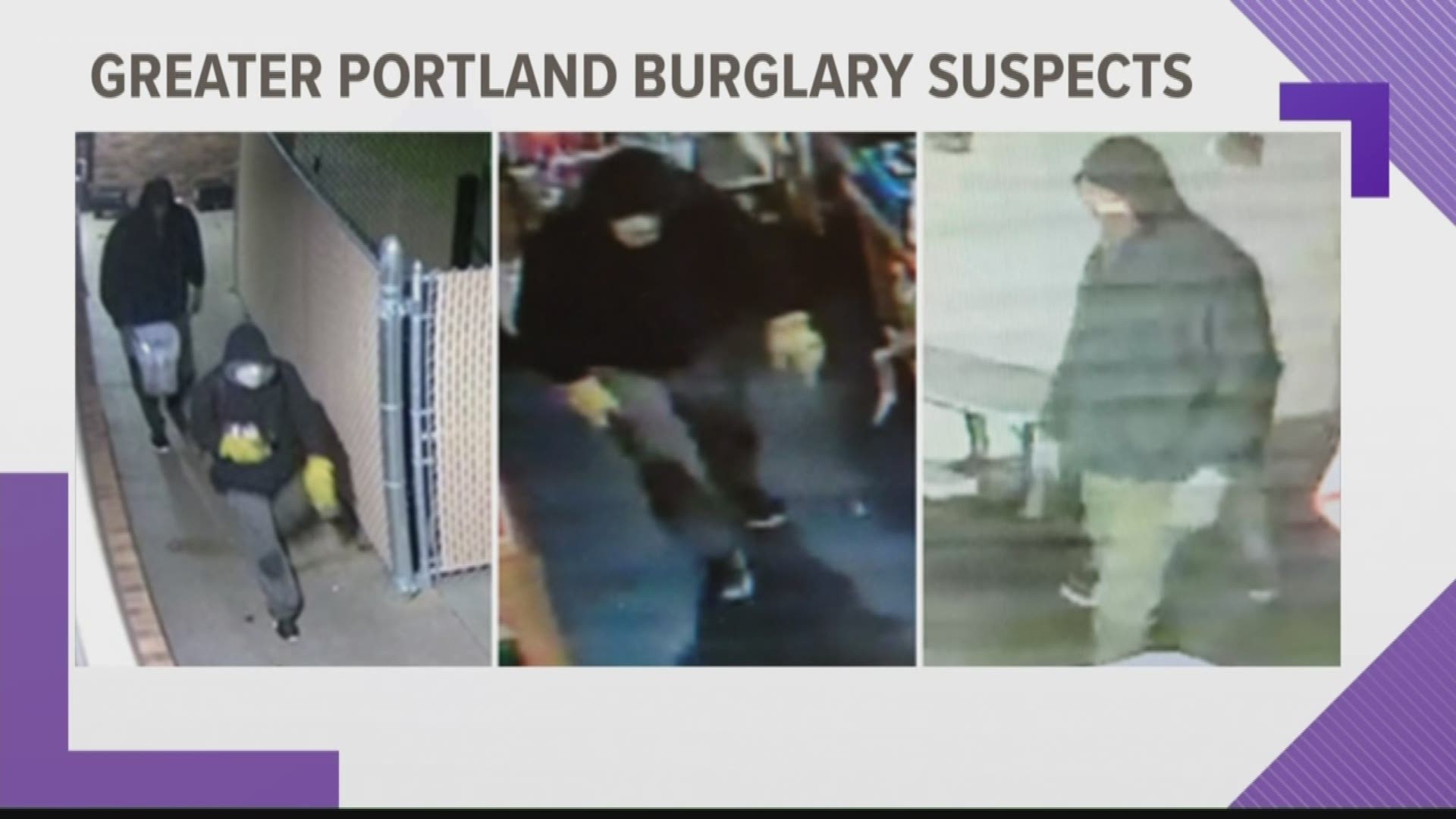 PORTLAND, Maine — Detectives from South Portland, Portland, and Westbrook who have been investigating a recent rash of business burglaries are releasing photos and asking the public to help.

The South Portland Police Dept. released three photos on Tuesday. The pictures aren't great quality but they appear to show men wearing black hoodies, gloves, and masks over part of their faces.

Portland Police are collaborating with Westbrook and South Portland Departments to investigate the string of burglaries that officials say have similarities.

The thieves appear to force entry into the business during the early morning hours, they steal similar items and in many cases according to Lt. Robert Martin of the Portland Police Dept., the thieves cut the cables to the business rendering their security cameras and alarm systems useless.

South Portland Police said Tuesday they have at least one suspect in each city.

In Portland, alone detectives are investigating 16 burglaries that have happened since late August.

RELATED: Burglary at Elsmere BBQ possibly linked to 15 other business break-ins in Maine

RELATED: Burglary at South Portland diner may be connected to others in area 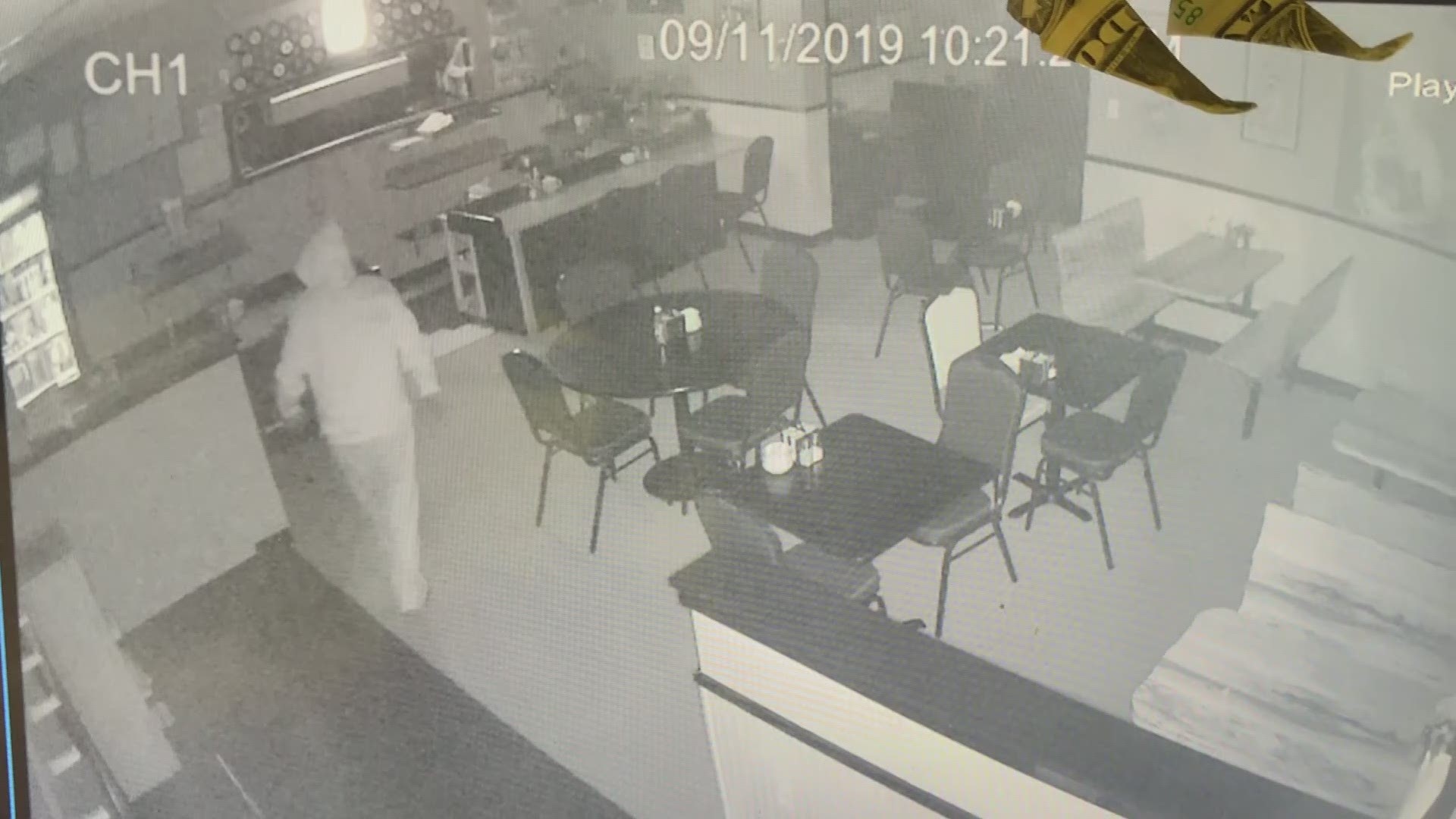