Eddie Roberts, 20, of Portland is charged with elevated aggravated assault and is being held at York County Jail. 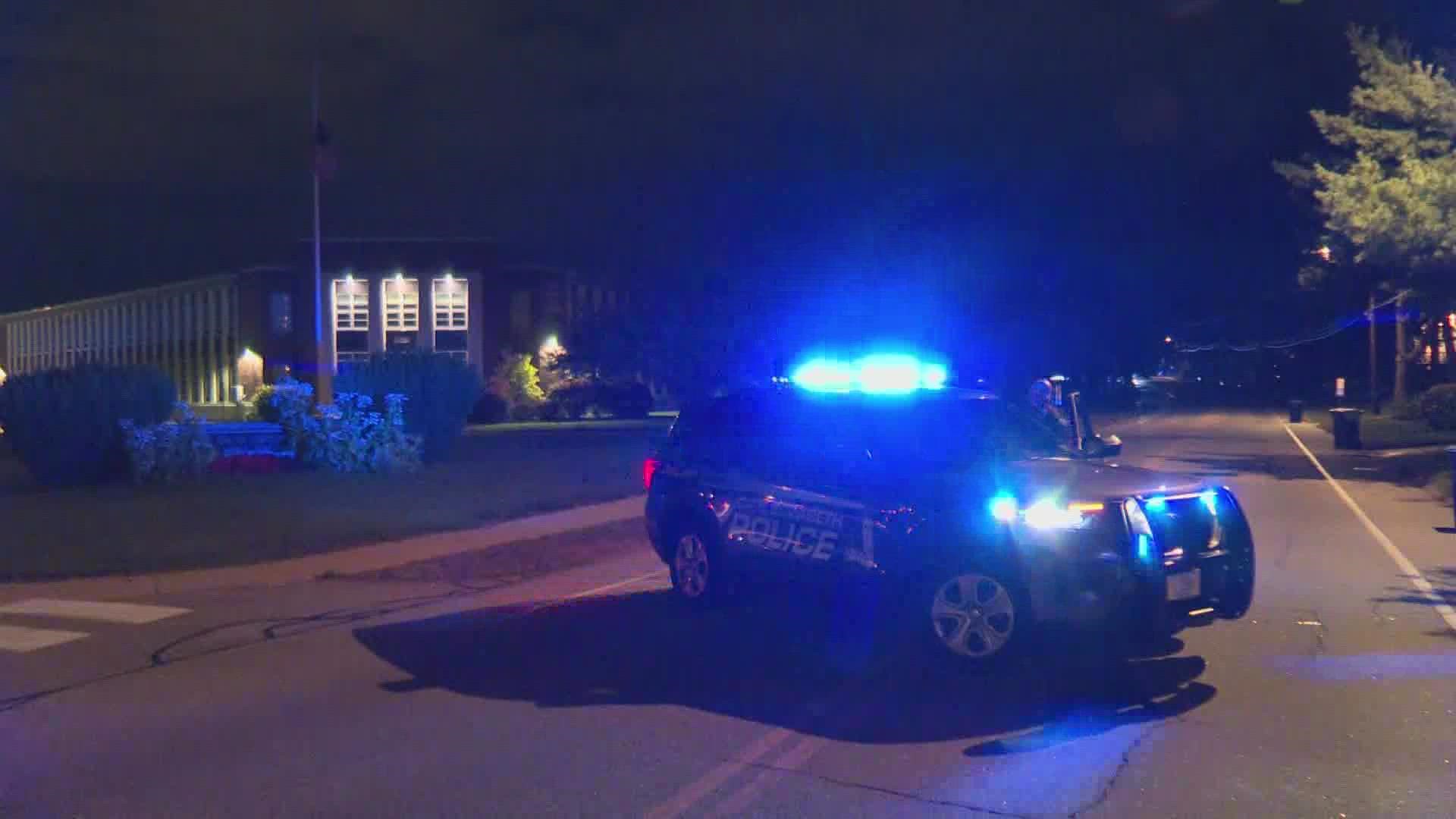 SOUTH PORTLAND, Maine — Police say they have arrested a suspect in connection with a shooting that happened Tuesday night in the parking lot at South Portland High School.

Eddie Roberts, 20, of Portland was arrested Thursday around 2:00 p.m. when Portland police officers recognized Roberts, took him into custody, and was later interviewed by South Portland Police detectives.

Shortly after the arrest, investigators searched a home on Front Street in Portland where they found a gun. Police say they believe it's the gun used in Tuesday night’s shooting but further testing needs to be done before they have final confirmation.

Roberts is currently being charged with elevated aggravated assault and is being held at York County Jail.

South Portland officials responded to a report Tuesday night that a boy was shot at the upper parking lot of South Portland High School. The victim was taken to Maine Medical Center for a "non-life-threatening wound."

Several roads closed in the area Tuesday night, but are now back open.

South Portland police and school officials said Wednesday that they believe the shooting was "not related to any school activities."

Police also said they believe the shooting was only between the shooter and the victim and not a random attack.

Officials say the high school is open Wednesday as usual.

The following was sent in an email to the families of South Portland High School by Principal Michele LaForge and Superintendent of Schools Tim Matheney:

"As you may have heard, earlier this evening there was a shooting near South Portland High School. According to early reports, one individual experienced a non-life-threatening injury. The incident was not related to any school activities or events.

"We are proceeding with a regular schedule of classes tomorrow. SPHS and district leadership are already coordinating incident response and will continue to do so tomorrow morning. Any students experiencing distress as a result of this incident should see their counselor in the morning.

We will communicate again with you tomorrow morning."

NEWS CENTER Maine is following this story and will update as we learn more.

#Breaking A person has been shot in the area of Highland Ave, near South Portland High School, per emergency officials. Part of Highland Ave is closed at the intersection with Mountain View Rd. We’re working to learn more details @newscentermaine pic.twitter.com/yU8C2WPeV9