Pickup truck split in half, no life-threatening injuries after head-on collision in Standish

Driver fatigue is believed to be the cause of the crash. 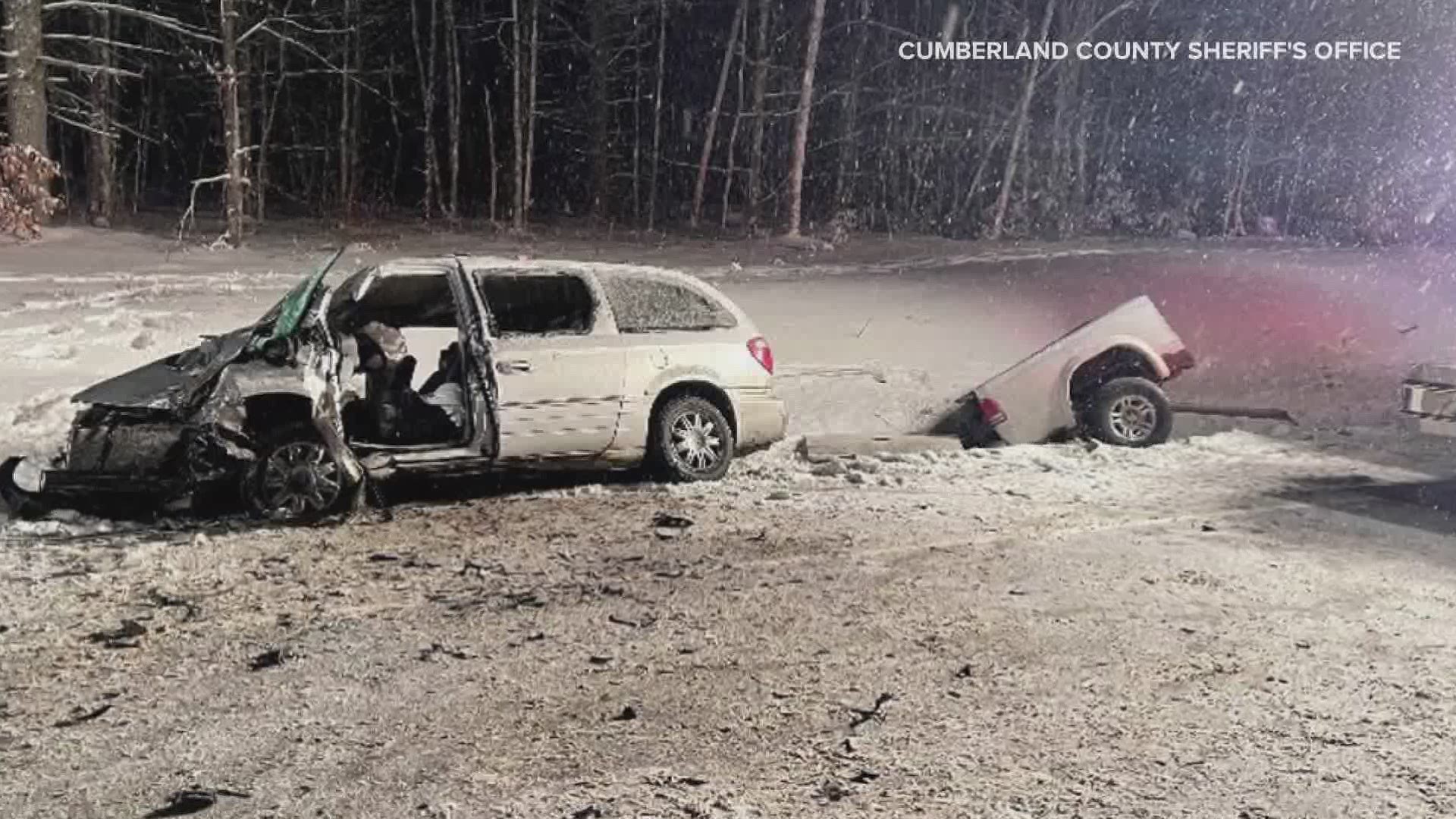 19-year-old Daniel Potter of Windham was driving a Dodge Dakota pickup truck when he collided with a gray Chrysler minivan operated by Corey St. Pierre, 31, of Baldwin.

The investigation determined that Potter crossed the centerline and struck St. Pierre’s mini-van head-on, causing the pickup truck to split in half, separating the cab from the truck bed.

There were no passengers in either vehicle.

At the time of the crash, there was light snow on the road, but police believe that driver fatigue was a cause of the crash. Neither alcohol nor speed are contributing factors.

The crash remains under investigation and police have not yet determined if any charges will result from this incident.

Chadbourne Road between Route 237 and Rte 114 was closed for over an hour while fire/rescue crews worked to extricate the drivers from their vehicles.