Patrick Plummer, 29, was indicted by a Massachusetts grand jury following his arrests in January. 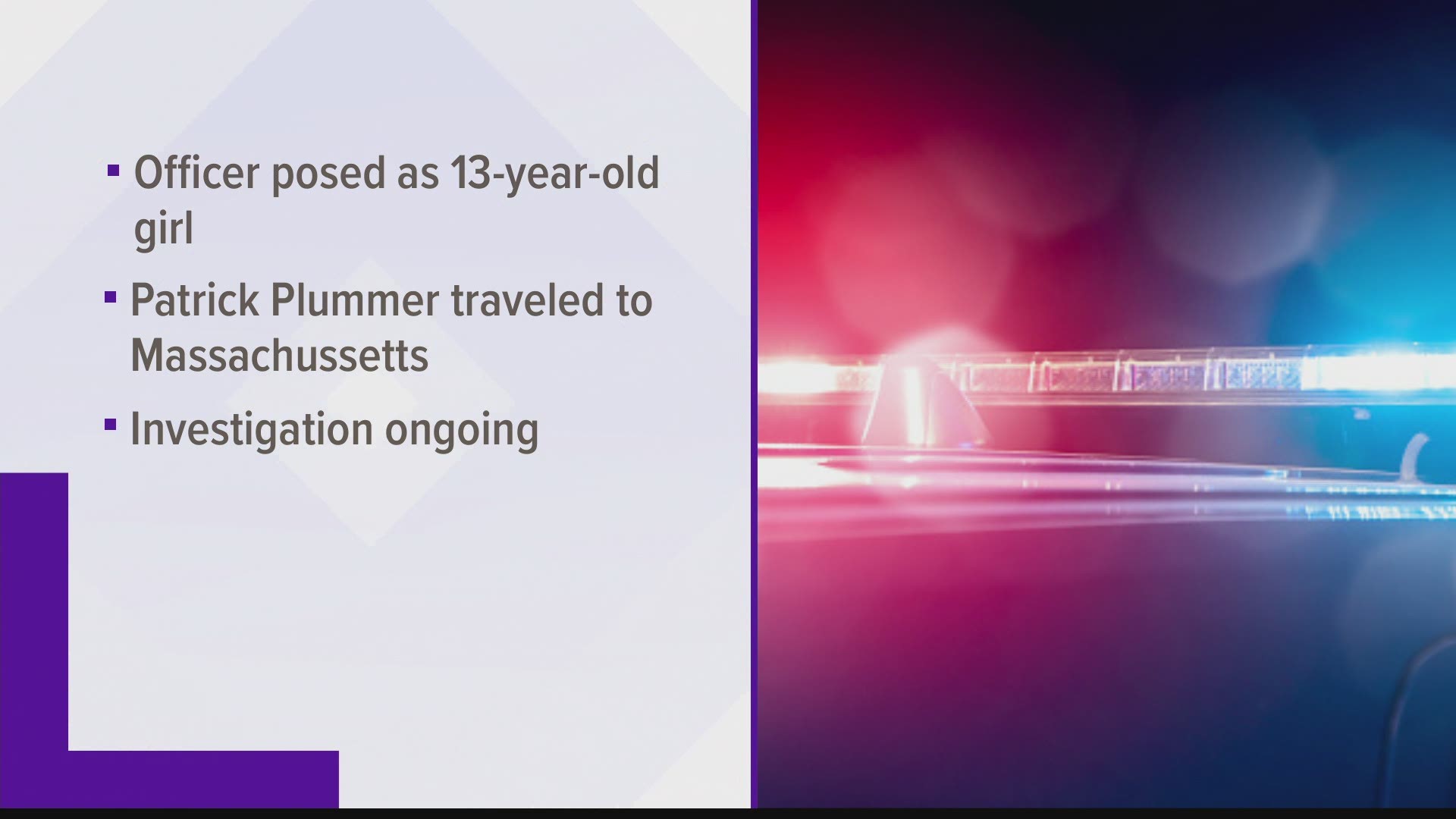 BOSTON — A Maine man was indicted Thursday by a federal grand jury in Boston after prosecutors allege he made plans to meet a minor in Massachusetts in order to have illegal sexual contact.

Plummer was indicted on one count of attempted enticement of a minor, one count of intent to engage in illicit sexual conduct with a person under 18 years of age, and one count of transportation of child pornography, according to a release from the U.S Department of Justice.

Plummer was arrested in January.

Prosecutors say Plummer communicated electronically with an undercover officer posing as a 13-year-old girl and made a plan to meet the purported child in Georgetown, Mass., where he allegedly planned to have illegal sexual contact.

On Sept. 26, 2020, Plummer allegedly drove from Maine to a predetermined location in Georgetown,, where police arrested Plummer.

They allegedly found him in possession of four cell phones, a computer, and a spring-release knife.

According to the release, preliminary analysis of the evidence seized from Plummer’s car revealed more than 100 images and videos of child pornography on at least three of the devices, and found that he was still logged into the account he was using to talk to the undercover officer.

Forensic analysis of the devices is ongoing.

According to the release, Plummer admitted that he had traveled from Maine to meet the purported 13-year-old girl, that he was talking to approximately 10 underage girls, and that investigators would find child pornography on his devices.

All three charges carry a minimum of five years to life of supervised release and a fine of up to $250,000.