Paris playground vandalized for the second time in a week 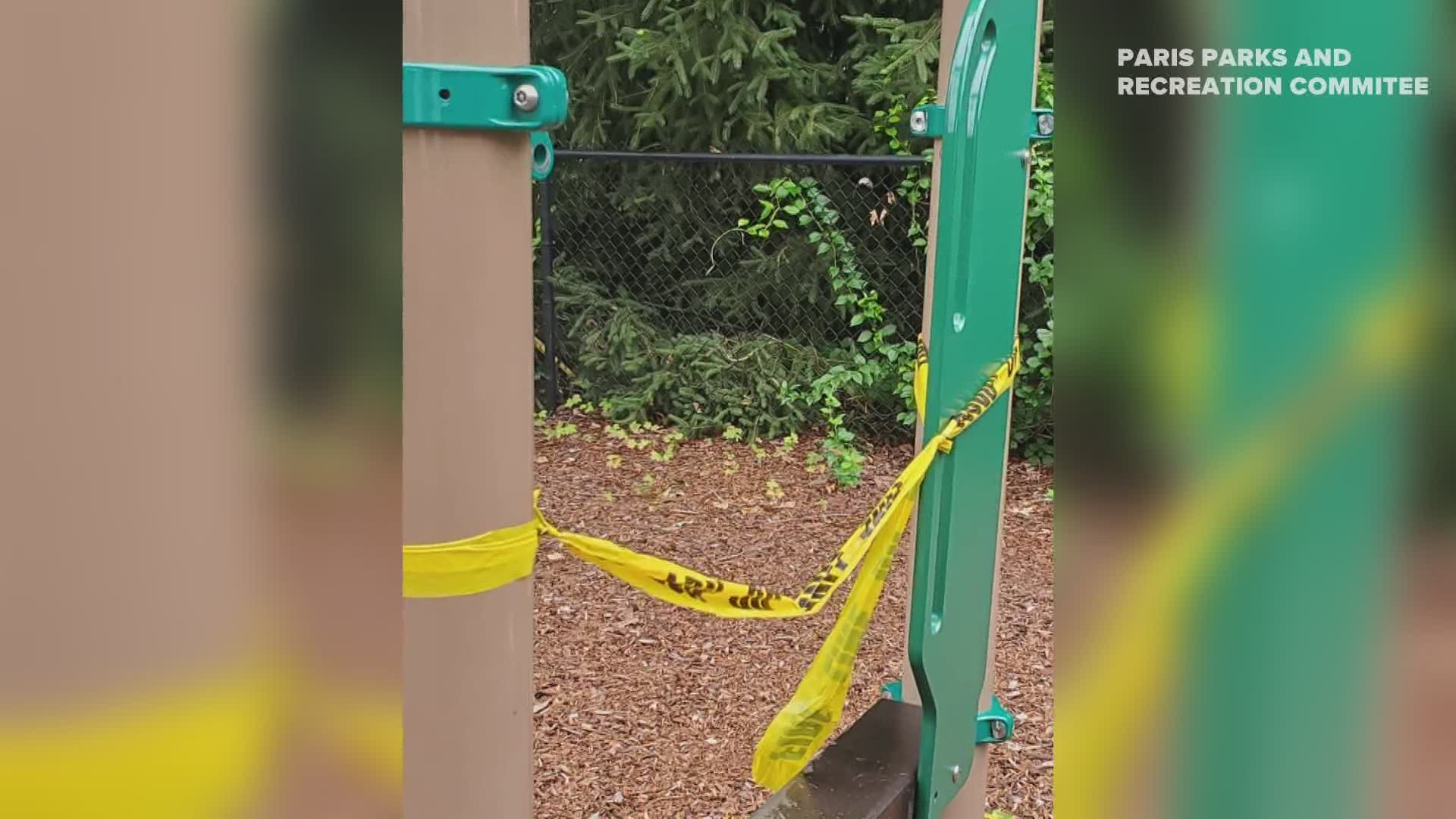 PARIS, Maine — EDITORS NOTE: The video above was published last Monday when the additional damage was discovered.

According to a Facebook post by the Paris Police Department, the Moore Park playground suffered more vandalism this past weekend.

The playground has been closed since Monday, July 19, after it was discovered there were missing bolts and screws in some of the playground equipment.

"It was clear that someone used other playground equipment to pry open the fence protecting the damaged sections of the playground," said Jack.

The town Facebook post said, "We hate to do this, but here we are again. Sometime Saturday night someone broke into Moore park playground after we posted on several sights saying why it was closed. They broke the lock they tore down the caution tape, and they broke the gate while also trying to cut the chain. They also broke another toy."

Jack said they have contacted the playground equipment manufacturer for additional parts but were told, "due to some sort of metal shortage, it could take longer than eight weeks to get the needed repair equipment."

"It's sad someone is stealing from the children," Jack said.

Paris officials told us last week how stunned they were at the damage.

“As screws and bolts do not typically leave the structures they are attached to by themselves we can only assume they were purposely removed,” Paris Police Chief Michael Dailey told NEWS CENTER Maine. “It is unclear when they were taken, how long they have been missing, or why they may have been taken.”

Jack said the town manager is helping the Paris Police Department with the investigation. The department is asking anyone with any information to call them at (207) 743-7448. They stress anyone can send the information confidentially.