Hillary Goding was arrested days after her daughter was found in her home unresponsive and taken to Eastern Maine Medical Center, where she died. 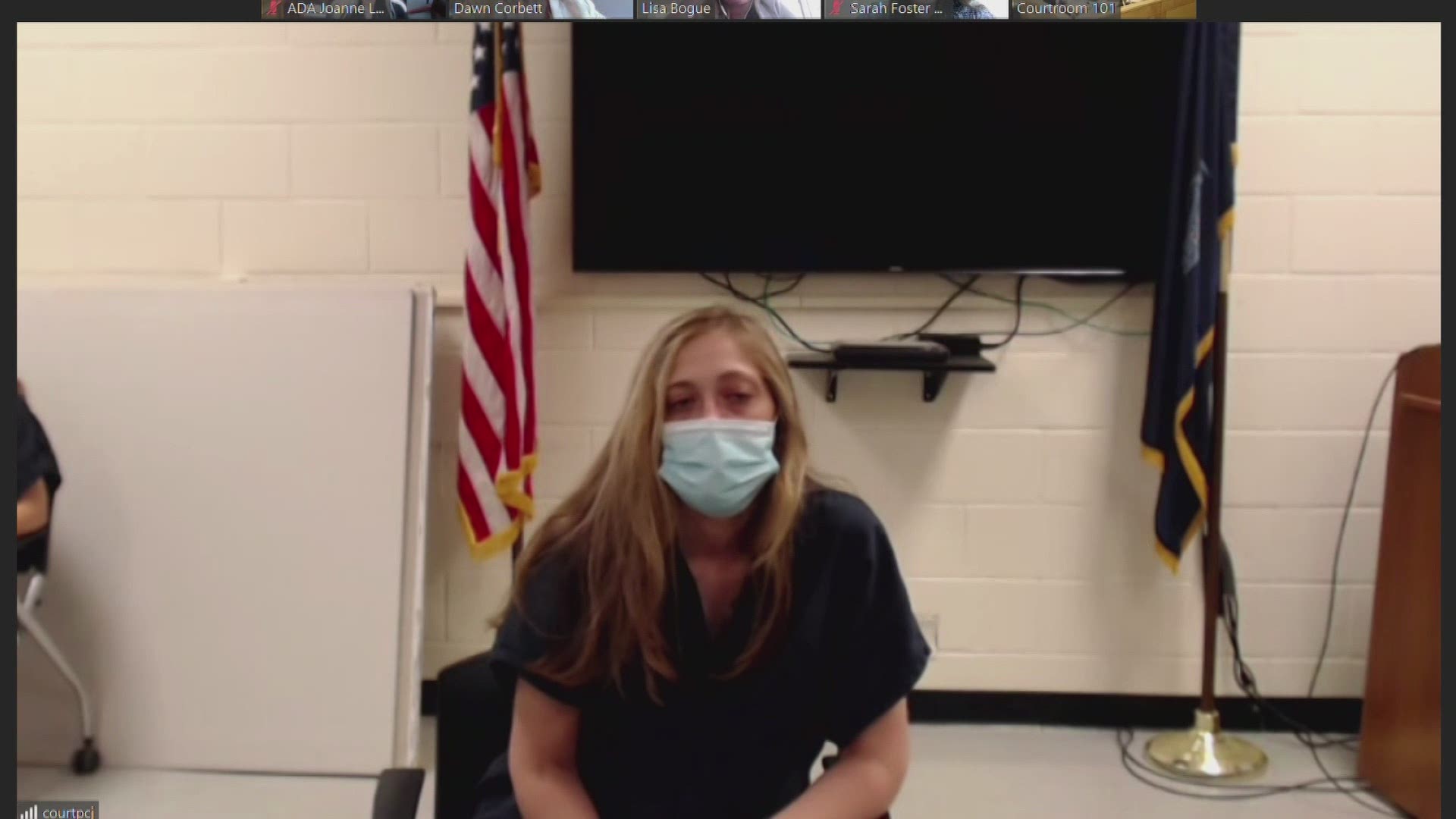 OLD TOWN, Maine — An Old Town woman has been indicted on counts of murder and manslaughter in connection with the June 6, 2021, death of her three-year-old daughter.

Hillary Goding, 29, was arrested the afternoon of June 6 in Lincoln, state police said at the time.

Old Town paramedics found the child unresponsive at a home at 149 Center St. at 10:45 p.m. on June 4 and took her to Eastern Maine Medical Center in Bangor, where she died two days later.

The office of the chief medical examiner performed an autopsy following the death.

Goding was initially charged with manslaughter.

A Penobscot County grand jury indicted her last week on counts of depraved indifference murder, manslaughter, and violation of condition of release.

At an arraignment, Monday, August 30, Maine Assistant Attorney General Lisa Bogue said, "While the defendant may not have any prior criminal history, she certainly has a prior episode regarding the conduct of this nature with the child. And obviously, the nature of the allocation and the amount of time for the defendant to reach out to get any medical attention and care for the child was a significant period of time and obviously contributed to, from the state's perspective, her death."