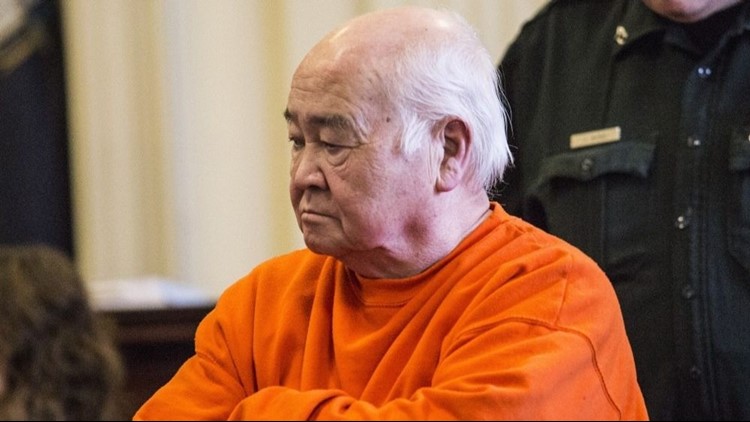 Photo by: Whitney Hayward/Staff Photographer
James Pak, seen in court in 2016, is now serving life in prison for murdering two teenagers and shooting a woman who was his tenant in 2012.

Officers never asked landlord if he had a gun

BIDDEFORD, Maine — Court filings show a Maine landlord who killed two tenants in 2012 had threatened to shoot one in front of a police officer, but officers never asked if he had a gun.

Two lawsuits pending in federal court say the officers were negligent for failing to detain James Pak at his Biddeford home in 2012. The officers said Pak was admonished and that he said he wouldn't shoot. They also said the tenant wasn't fearful of Pak.

The Portland Press Herald reports officers who were called to the scene determined the matter was a civil landlord-tenant dispute.

Pak entered the rental unit after police left and shot the tenants. He admitted to the shootings and was sentenced to life imprisonment.