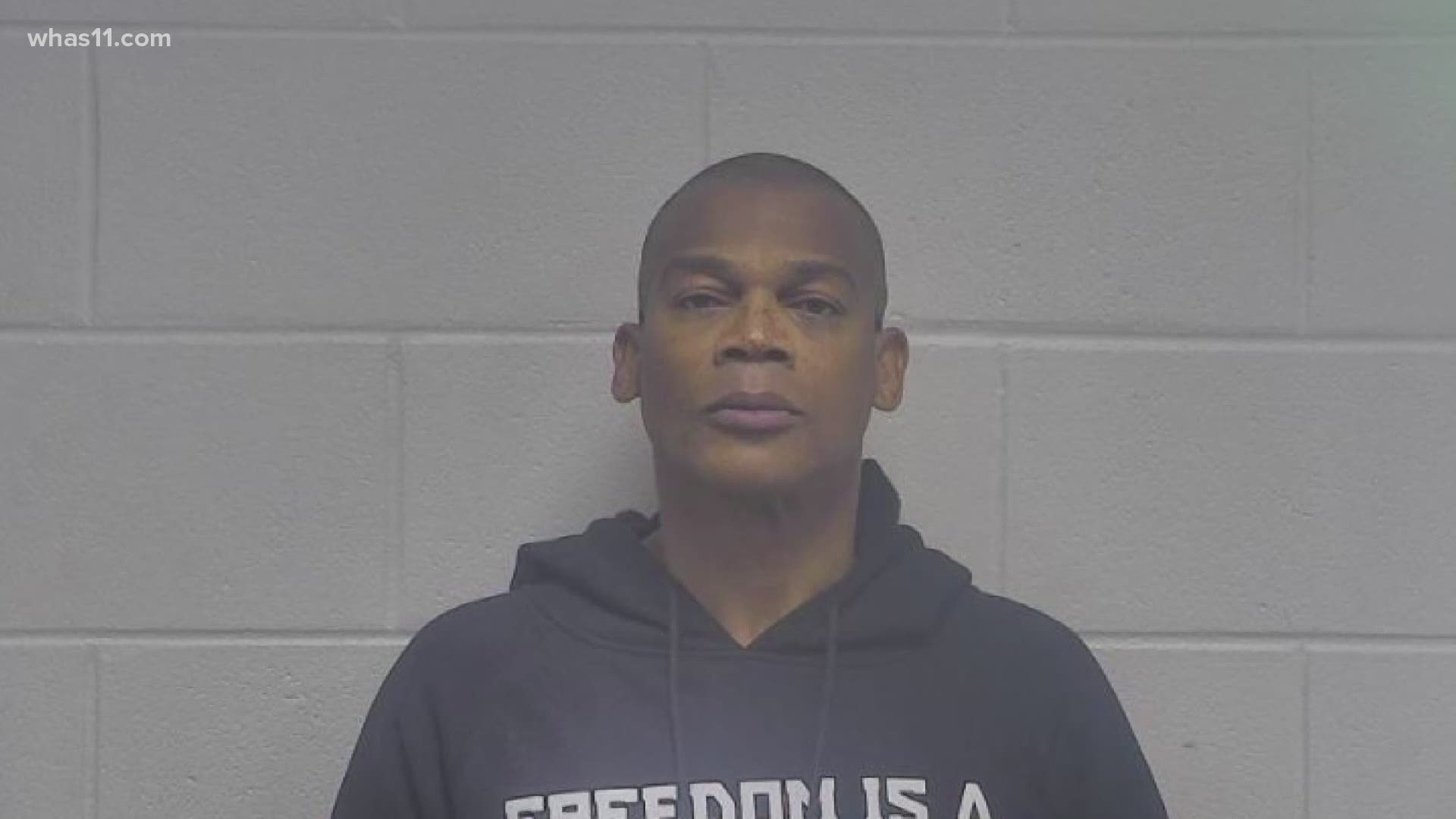 LOUISVILLE, Ky. — The leader of a Black militia group that protested in Louisville has been indicted in federal court on charges related to him allegedly pointing a rifle at officers during a protest on Sep. 4.

A grand jury indicted NFAC's John Fitzgerald Johnson, also known as Grandmaster Jay, on one count of assaulting, resisting or impeding certain officers and one count of brandishing a firearm in relation to a crime of violence after he allegedly aimed an AR platform rifle at members of the U.S. Secret Service and LMPD while they were on the roof of the Jefferson County Grand Jury building.

According to a criminal complaint, officers were conducting watch over a crowd at Jefferson Square Park that night when they heard six to eight heavily armed people were parked on Armory Place.

When the officers went to look down on Armory Place, they were "blinded by a light which they shortly thereafter determined was a flashlight mounted to the rifle" Johnson pointed.

Photos provided in the probable cause affidavit show a person pointing a rifle toward the top of a building. The complaint also said surveillance footage showed none of the members sought cover after seeing officers on the roof, saying they did not "appear to be alarmed or concerned about their safety."

The FBI interviewed the officers, who all identified the Johnson and the other men as NFAC members. LMPD adviser Jessie Halladay, who met with Johnson shortly after the incident, also identified Johnson from surveillance footage.

The assault and resisting charge could mean up to 20 years in prison if the person "uses a deadly or dangerous weapon" or "inflicts bodily injury."

RELATED: '4 weeks': During stop in Louisville, leader of NFAC militia tells Attorney General to get to the truth in Breonna Taylor's case